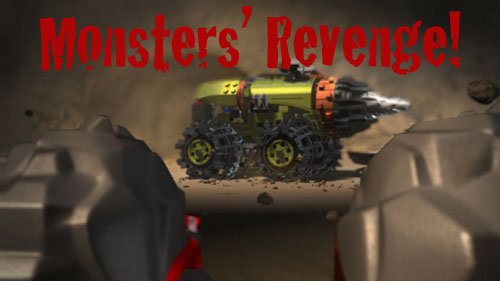 To help kickstart the new direction of FBTB, we’re holding a little contest dubbed “Monsters’ Revenge”. The kernel that formed the basis of this contest came from Emperor Andrew. Hats off to you sir, world-reknowned advocate for Rock Monster protection. Many of the staff and I agree that the genocidal nature of the Power Miners is the tragic cause of the decline in the Rock Monster population. Though the Power Miners deny any wrongdoing, it is clear that they feel entitled to exploit the natural crystal resources for their own purposes, crystals that are actually a staple in the Rock Monster diet.

To help the Rock Monsters defend what is rightfully theirs, we would like to request your assistance in building defenses and assault vehicles for the Rock Monsters to operate. All types of defenses will be considered, including devices, machines, small vehicles, booby traps, and bases. The Rock Monsters strategy involves ambush-style strikes, so please be considerate of size. Time is of the essence so your submissions (consisting of 1 photo with a link to a full gallery) must be posted to the contest thread by 11:59pm PDT Friday April 10, 2009. In order to assure that all parties involved are able to review and assess the combat-ready qualities of your submission, you must also send a copy of your submission to the FBTB: flickr Outpost tagged with “Monster’s Revenge”. The winners of this building challenge will be the Rock Monsters with the help of your submission, but their leaders have generously offered a captured Power Miners vehicle as compensation, as they are unable to pilot it themselves. I’ve been told the make and model of the vehicle is 8707 Boulder Blaster. 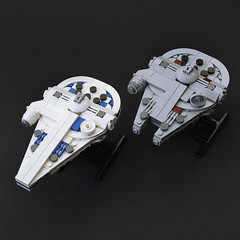