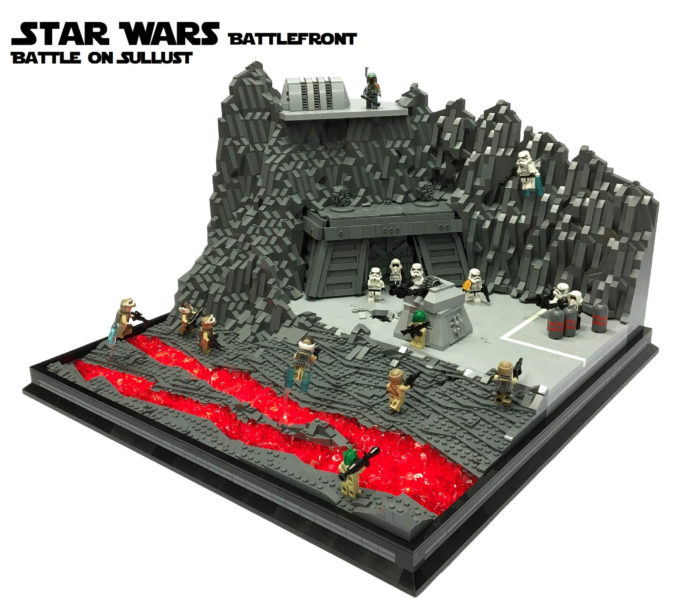 markus19840420 on Flickr has put together a couple of amazing MOCs based on levels from the relatively new game, Star Wars Battlefront. I saw this a few days ago in my Flickr feed… but I’m just lazy about posting things sometimes. There was a special little place for it in my heart, as I own Star Wars Battlefront on the Xbox One, so it was immediately recognizable for me. Well, sort of, because I don’t see any people shooting me in the back within a second of spawning. He has a second MOC that also captures the vehicle combat of the game. The accurate follow-up here would be the AT-ST exploding followed by me plowing that snow speeder directly into the ground. Check out his whole gallery on Flickr for different views. If you’re curious about the game, it’s pretty fun, and you can grab it now for Xbox OneÂ and PS4 (PC too, but never for a great price).Â Right now, that PS4 version is on a pretty good sale too.