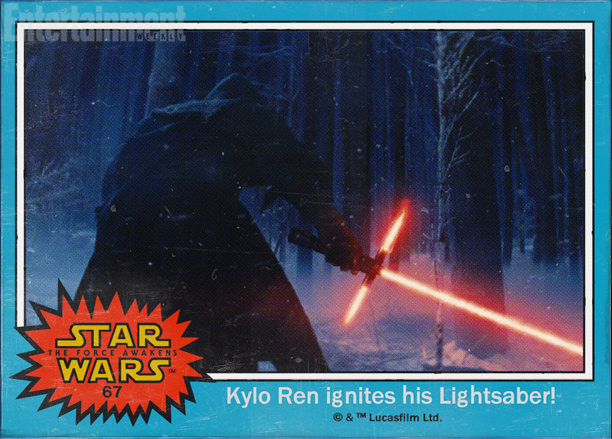 Entertainment Weekly posted yesterday a reveal of the names of the characters shown in the official trailer. Director J.J. Abrams and Lucasfilm head honcho Kathleen Kennedy decided to reveal the names in style creating the graphics based on the old Topps trading cards. The only impression I came away with was that the names do not sound stupid. Except for BB-8. Basketball? Ball bearing? Bowling Ball? That one may be too on the nose.

And I guess this is considered news now? Names? At least they tried to make the reveal interesting and putting them on trading cards instead of releasing a spreadsheet. What’s next? Breaking news that special effects were created by machines called “computers”? And that lightsabers aren’t real? 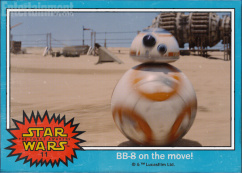 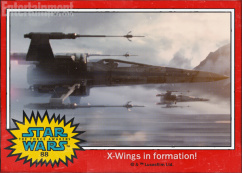 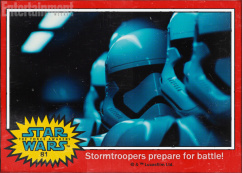 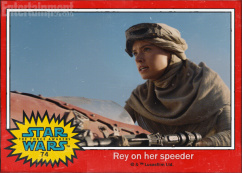 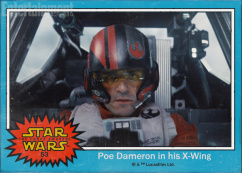 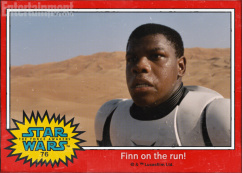 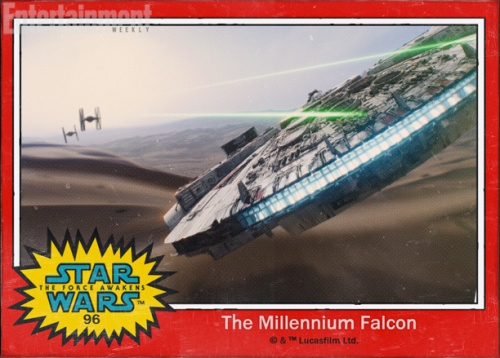