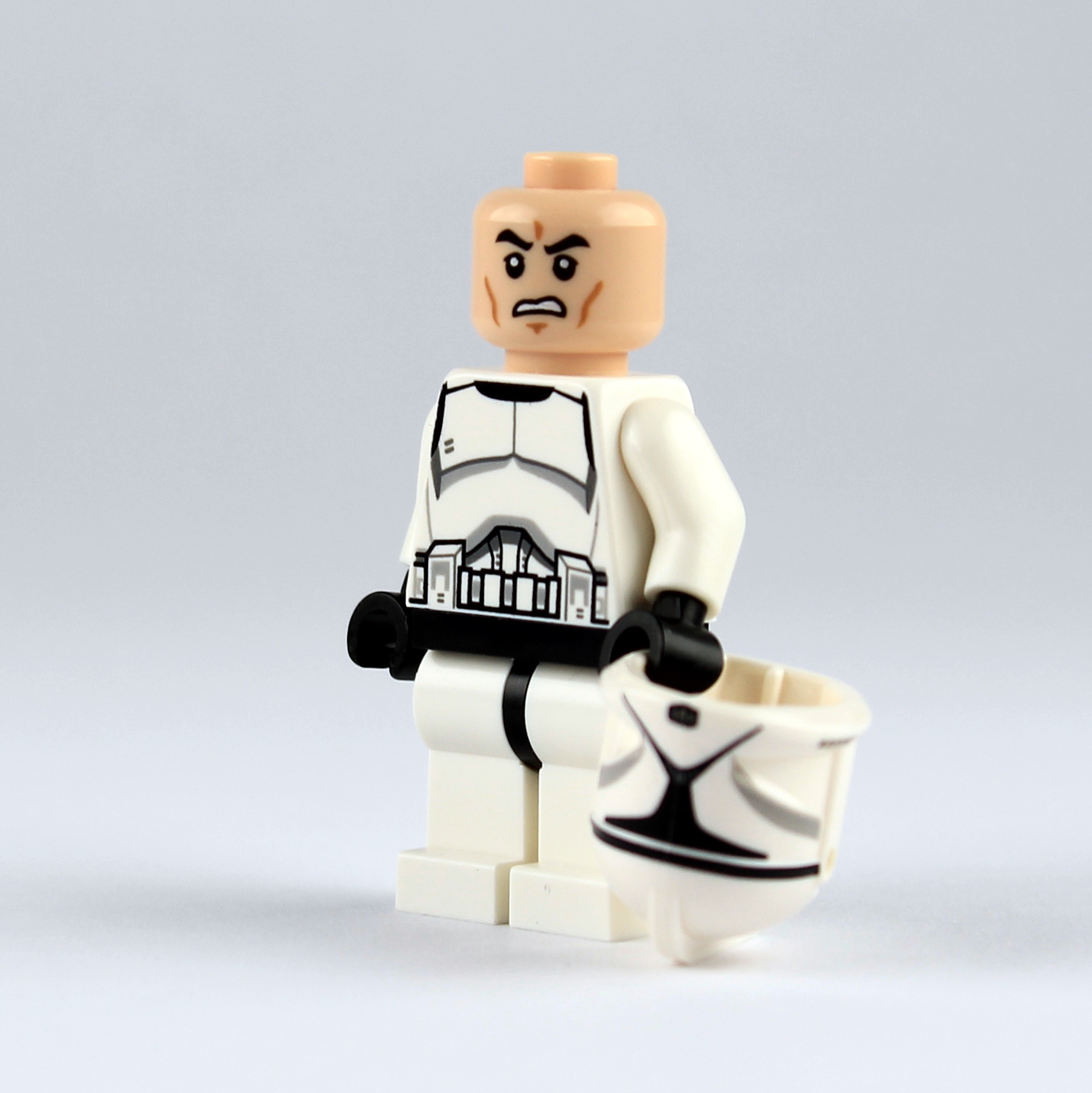 (Singing) On cycle ten of Life Day my first mate gave to me, a cranky Xerox copy,
another grey triangle,
a case of DéjÃ  vu,
three teeny blasters,
an angry Steward of Endor,
a pair of ruby slippers,
a bounty hunter’s hot rod,
a break-dancing pilot,
an impractical escape ship
and a dancing droid beneath the Life Tree. (/Singing)

Same clone that appears singly in four other sets this year. So the collectors should have five by now and the consumers should be closing in on 500 or so. I wonder how many of these guys were copies of copies. There’s only so much genetic “material” a bounty hunter can provide and they kept producing clones long after Jango split. I often think of the episode of Clone Wars with the defective clone/janitor and figure that random sample must have become much more prevalent as the war went on and the batches began to drift.
Shame that they only come in surly mode. We’re going to have to see if we can help him out with some holiday cheer.