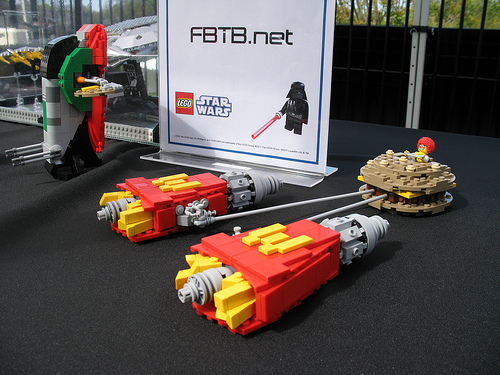 As with each Star Wars Days event at LEGOLAND, fans were once again invited to display their related creations and share them with the public. This year, thanks to some local fans and a few forum members who shipped in their MOCs, FBTB had a few tables with a great spread to show off. Hit the jump for an overview of our booth and some highlights from the rest of the fan displays.

I want to start off with a big thanks to Eric Tetangco (SPARKART! on flickr) for bringing in his plethora of midi scaled ships & scenes and everything else. He really threw down for us and the hangars were quite popular. Personally, I love the large R2D2 he built and it was nice to see it up close. 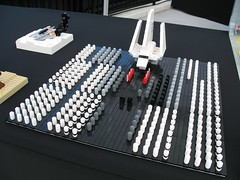 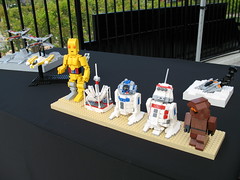 We had four models from the Chibi contest and everyone found them adorable. More thanks to Angus MacLane for his ATAT, Tohst and Rob for the pair of X-wings, and Eric T for his Slave 1.

Etcknight also provided his custom chromed Naboo Royal Starship (more pics here) and it was as shiny as ever. Andi’s Imperial Officer Big-Fig was our farthest traveler, coming to this southern California event all the way from Germany.

A total of six entries from our latest Podracer Contest were on display. Aside from the fan favorite McPod by Tommy Williamson were the Buzz and Zurg racers by Okay Yaramanoglu, Andy Grubb’s Coke Bottle racer, Daniel Burt’s POD-VEE, and Eric T’s Mach 5. 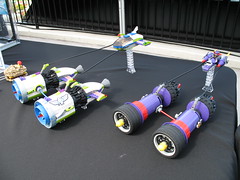 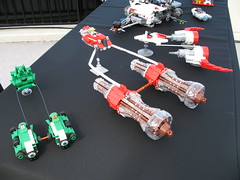 Bathafodder’s Frankenfighter and Feralcom’s remodeled AX-wing “No Alibi” were the only two Hybrids/uglies on display, and probably the most fun to explain. A lot of head scratching when kids first came up and “Oh cool!”s when the idea was revealed. 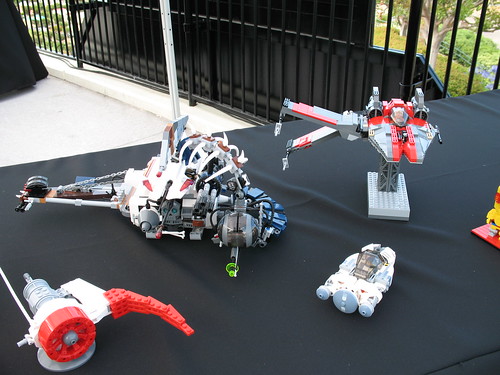 Also, my custom M-wing managed to slip in there.

FBTB wasn’t the only source of MOCs however. Brickplumber brought in his Hoth dio and newly rebuilt Endor Landing Platform shown below (enlarged to hold the recent UCS Imperial Shuttle) and it was quite the centerpiece. Especially when the wind began knocking over the giant trees, decimating an ATST as a result… Saturday was a good day for the Rebellion. I sadly didn’t have my camera out for the aftermath. 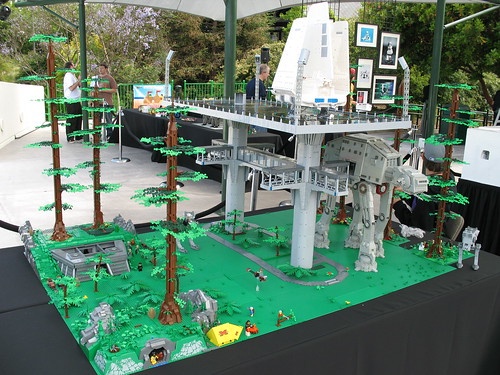 SANDLUG and LUGOLA had some nice setups as well. I didn’t get a good shot of everything on display, but these were some of the highlights. This Senate scene was very impressive and had apparently only been completed in the early hours before being transported to the event: 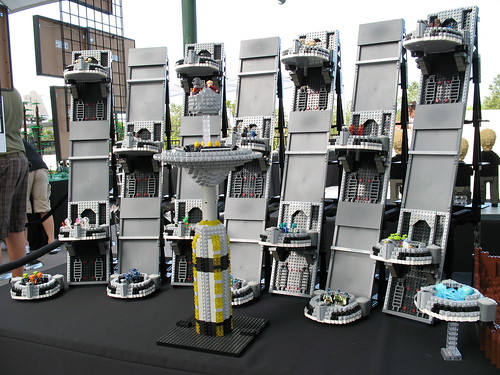 Andrew Lee also brought in this fantastic new minifig scale Rancor of his: 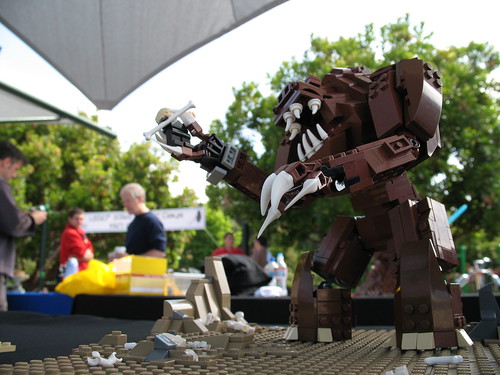 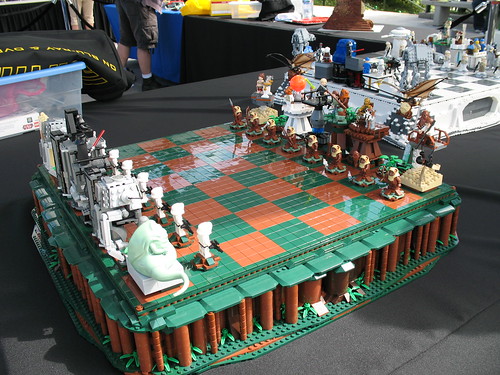 to go along with his two previous versions, completing the Original Trilogy: 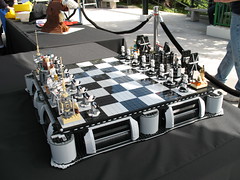 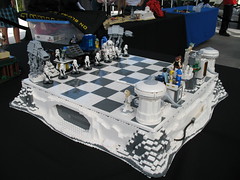 Spoiler alert: Ace will be doing a feature on the Endor board, stay tuned!

I have a few more photos in our gallery on flickr and I’m sure some of our BothCon attendees were out with their cameras covering everything, so stop by the thread to see more and share your galleries if you were there this weekend.