Look, if you haven’t seen Guardians of the Galaxy at this point, this picture will be a spoiler. My suggestion would be to stop reading this right now and go see the blasted movie! You’ve been warned… don’t look down there. Though I suppose we could argue that it was something that was already spoiled with the announcement of the animated show and the picture they released for it.

Anyway, the Guardians of the Galaxies MOCs just keep rolling, as well they should. The movie was awesome. And the MOCs, including this one by Legohaulic, is equally awesome. 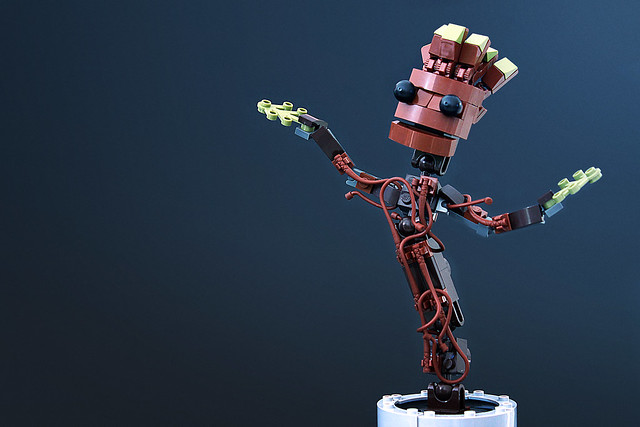 I’m still of the mindset that Marvel gets all the money if they make a dancing Groot toy for everyone to enjoy, and while I’m critical of Lego Ideas, I would be beating the drum to get this set made on there.