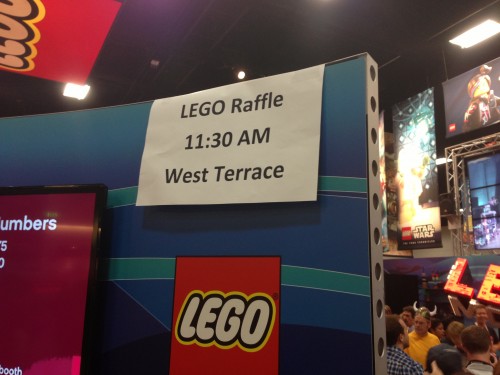 LEGO and the show management have come up with a new plan on how to distribute the tickets for the minifigure giveaway for tomorrow’s Amazing Spider-Man. If this method is successful, it will be the method used for Saturday’s Black Suit Superman and Sunday’s Green Arrow minifigs as well.

The tickets will be distributed on the West Terrace starting at 11:30am. It will be in the same area as the Warner Bros. promotion, so once they are done with that, you’ll be able to start lining up. The West Terrace is on the upper level of the convention center. Check out the first map and zoom in to know exactly where to go. There will be a big sign that says LEGO once its time to start getting in line or distributing the tickets. It is still unknown on what LEGO will do with the remaining Spider-Woman tickets, but for sure tomorrow is Spider-Man. Once you receive your ticket, check online at LEGOraffle.com starting at 3:30pm to see if you’ve won or at the LEGO booth starting at 4:00. If you have a winning ticket, redemption will take place at the LEGO booth. Of course, if anything changes, we’ll post it here. 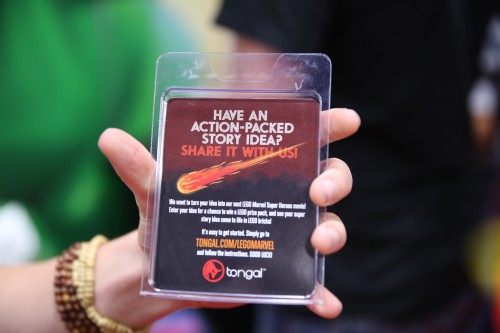 The minifigure is packaged in a clamshell case like an action figure which will keep the card backs mint. It would have been extra cool if there was a hang tag punched out of the plastic.