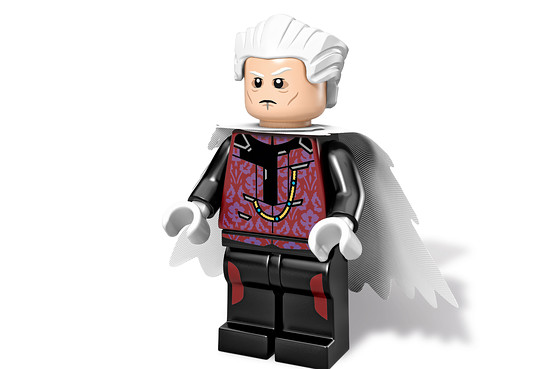 Once again, the Wall Street Journal is the place to be for they have spilled the beans partially on LEGO’s offerings for this year’s San Diego Comic Con. Pictured above is The Collector from the upcoming Guardians of the Galaxy film. He is the first of four minifigures to be given away at SDCC and so far the only one to be revealed.

And that’s not all. The last paragraph of the article states the following:

The two other Lego sets that will be sold at the Lego booth are of a Batmobile from the classic television series, and of the Ghost starship from â€œStar Wars.â€ Each is priced at $39.99 and Lego will sell 1000 of each set during the show, capped at 250 per day

Oh. My. Freakin’. God. A classic tv series LEGO Batmobile would make my head explode. Based on the price point, it is feasible that it could be a regular set since the Ecto-1 and DeLorean sets were priced about the same. But looking at the LEGO Rocket Raccoon’s Warbird announcement from yesterday which features a mini ship at the same price, I’m left wondering. I can only hope that the Batmobile is regular sized but we’ll find out next week.

The article also shows off a lifesized Rocket Raccoon and Groot statue made out of Megabloks just kidding LEGO. 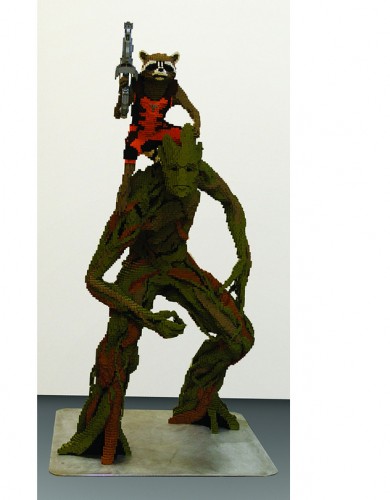 I have to go catch my breath now.