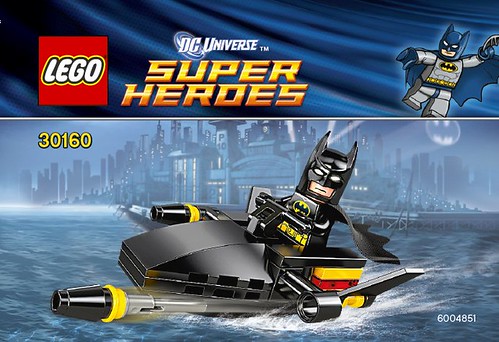 Actually, I guess it’s a jetski. Which is silly, but it’s out there in the world as spotted on the TRU website and probably making its way into the wild as we speak. Keep your eyes peeled because this is sure to be the least expensive way to get a Batman figure or two and other than the classic blue and grey comics version, this Keaton-esque costume is probably the best suited for LEGO. Now, let’s see that awesome Batmobile poly hit the shelves!