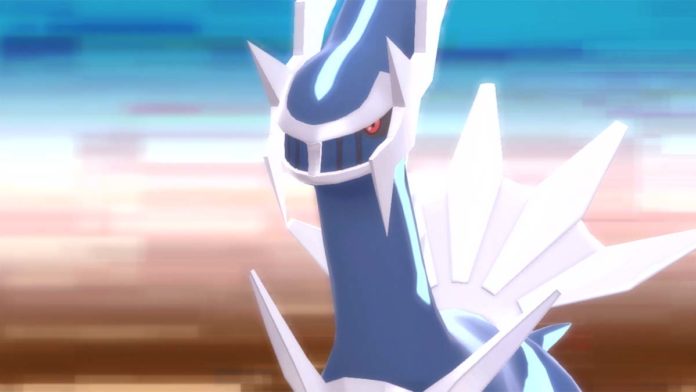 My shiny hunting has been put on the backburner for now. Ever since I got Sword and Shield I’ve been on this kick to complete those games as well as Brilliant Diamond and Shining Pearl (which I’ll refer to as BD/SP going forward). I haven’t decided yet if I’m going to keep it going with the upcoming Pokémon Legends: Arceus game but the way things are now, BD/SP is killing any momentum that was gained by Sword and Shied (Sw/Sh for short.

From the previews it looked like it might try and catch lightning in a bottle the way Link’s Adventure did. A 3D reimagining of a 2D game with chibi characters? Count me in. But after playing it for a couple of hours I am kinda not impressed. The characters in the overworld are of the chibi variety but once you battle for your life from the constant mugging attempts, your characters become a little more proportionate and normal-sized. The overall color palette is rather soft and kind of muted. That combined with the character style and the animation, sometimes I wonder if I’m watching a bad kids cartoon being played out on my Switch.

There are a couple of things about the game play that really bug me. Probably my biggest gripe is the amount of “trainers” that “challenge” you. We all know these are just people trying to mug you for money. One of them even says they’ll wait in the bushes and attack the next person that comes along. I’ll try and get a screenshot of it but it’s pretty ridiculous. But back to my point, the number of trainers you have to fight is atrociously high. You have to travel from town to another to get your gym badges, but along the way there are a so many battles that are unavoidable. I just want to get to the end game and start filling my dex.

It’s pretty well documented that the game was released too early. There were some game breaking glitches that were found soon after the game was released. I’m not sure how many of them are still in the game but since the one patch I downloaded when I started, there hasn’t been another. Also, it doesn’t connect to Pokémon Home yet, which is a bummer because I was hoping to fill the majority of the dex with the ones I caught from Sw/Sh.

Also, the economy just blows. I haven’t gotten to the point yet where I can get Amulet Coin which doubles the amount of money I get from mugging other trainers. And I haven’t figured out the method to earn a steady income yet either. The Gen VII games I don’t think I had this hard of a time making cash so I can buy balls and potions. In Sw/Sh, I don’t think budgeting my money was ever an issue. But in BD/SP, I can barely catch any Pokémon along the way because my funds are low and I need to buy potions. And don’t get me started on the lack of Quick Balls. I haven’t looked up where to find them yet but even if I knew I don’t think I’d be able to get a lot.

Oh and the controls! Why is it that if I hit a wall at an angle, my speed drops to like 1/4 speed? Because your character isn’t locked to a grid, navigating around rocks and walls because an extreme exercise in patience. If you’re not lined up correctly on the path, once you bumb into a rock you’ll come to a near halt. The only way around is it to use the D-pad to move but if you want to use the D-pad and run you’ll have to go back to the old days of holding down the B button.

I suppose if I slowed down just a bit, take a breath, and play the game the way its intended, I’d have a better time and the issues above wouldn’t be issues. But I don’t wanna. I just want to fast track my way to becoming Champion so I can beat on all the criminal elements trying to mug me and fill my dex.

I have 5 out of the 8 gym badges and then if they’ve followed the classic Pokémon formula, I have to face the Elite Four to become champion. That can’t come soon enough because so far this game sucks.