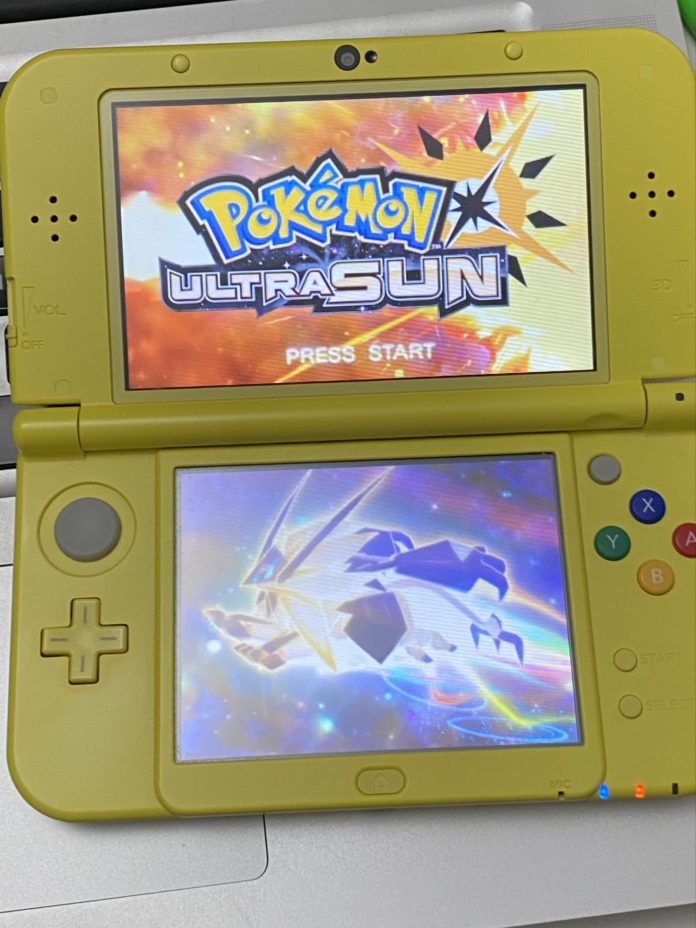 But not Sword and Shield as I never got those games. I started on Ultra Sun. Why did I do this? Because I can’t stand looking at my phone anymore.

I know, that doesn’t really make much sense. I mean, I’m just swapping one handheld device for another, right? In the purest sense, that’s true but at the same time it’s not. I already look at my phone a million times a day: text messages, news, weather, calendar, camera, photo roll, and shopping are the main uses. I used to play Words With Friends 2 a lot. That was the only game I really allowed myself to play. It was easy to figuratively walk away from and they didn’t shove microtransactions in your face like other games. Despite that though, even WWF2 was becoming a time sink that I really didn’t like. I already look at my phone for all of its utilities enough times during the day. Swiping from one app to the next makes it all too easy to just lose myself in the phone. And I needed to do something else to break that cycle.

So I quit WWF2 cold turkey and picked up my old 3DS XL again. A dedicated handheld for just video games allows me to separate business from pleasure. If I’m going to put any time into a game, like Pokémon Ultra Sun for now, then it’s more of a conscious decision. I’ll have to put my phone down and pick up the console. I can’t swap back and forth between apps. There’s no iMessage notification popping up that I can do a quick reply to and then go back to my game. And once I’m done with a session or I have to do something else, I put the 3DS down and that’s it. I can shift modes and not be so distracted. It seems almost silly that I’m writing a whole post about how I need to regulate my own screen time, but it’s working for me.

Funny thing is when I started writing this post, I had initially gone back to original flavor Sun. Back when I was heavy into that game, I was trying to complete a shiny living dex. I had a good number of shinies too, including some of the downloadable event ones. But as I wrapped my head around where I left off oh so many years ago, it started to dawn on me how much of a timesink it was going to be again. I started thinking that if I’m going to play a Pokémon game, it should be one that I haven’t played and cross off some titles off my backlog. I still like the idea of having a shiny living dex for no other reason than I’m a glutton for punishment. So that’s just what I’ll do: complete a shiny living dex for all the Pokémon that aren’t shiny locked in Ultra Sun. Once I complete that in however many months, I’ll start on the National Dex and move on to Shield and Sword (if I ever decide to buy it) or maybe one of the other older Pokémon games.

So yeah, in trading one handheld device for another, I’m also picking up a huge time sink which, again, I admit, seems counter-productive, but I feel way better about this than starting another game of Words With Friends.