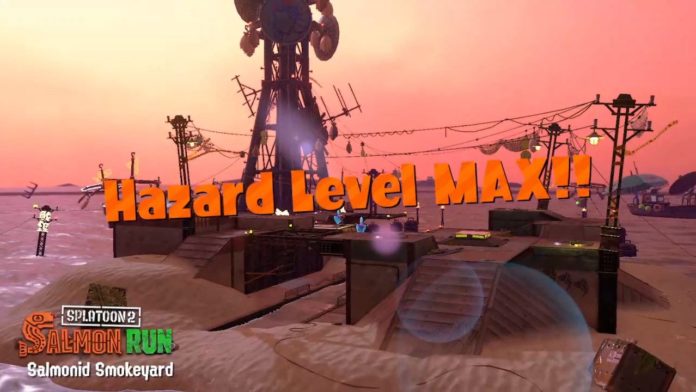 A couple of nights ago, whilst farming Salmon Run for my Grizzco Worker’s Head Towel with Main Power Up, this lovely screen came up with the words “Hazard Level Max” emblazoned across. I was like what? I’ve never seen that before. And it was hard. No joke. The egg quotas for each round were 21, 23, and 25. Our team managed to get through the first two rounds pretty handily. The third though, only two words can describe the third and final round: ‘bru’ and ‘tal’.

Anyways, after we lost I had to Google “Splatoon 2 Hazard Level MAX”. I came across this wiki page and on it it said:

“The highest possible quota is 21 – 23 – 25 for waves 1, 2 and 3 respectively, when the difficulty is at its highest. This happens when the squad’s average rank is Profreshional 600 or above. A message will appear on-screen at the start of such a shift stating “Hazard Level MAX!!”. “

I really wish i was streaming this one so I could at least show you what it was like. Other than farming for my Head Towel, I now have a new personal objective for hitting Salmon Run and that is to successfully finish Hazard Level MAX!!.