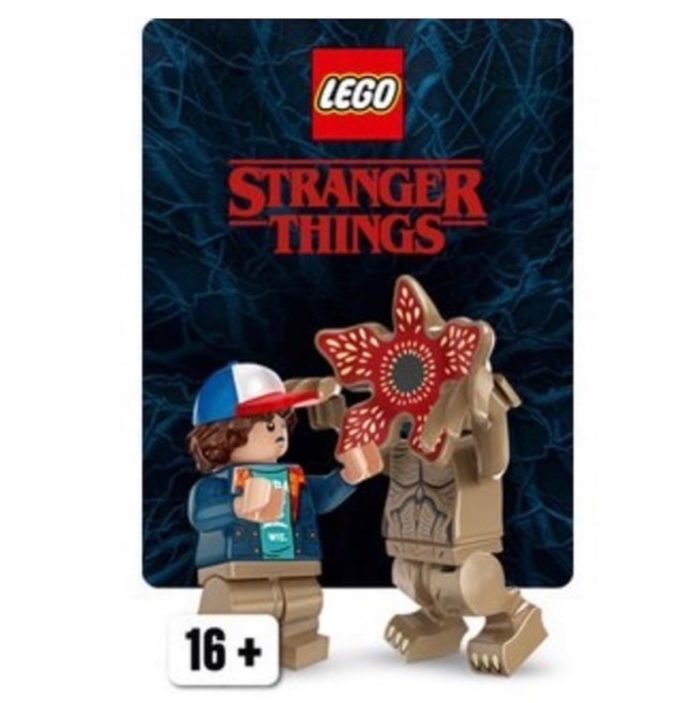 There’s a specific time line of events that led up to this post about LEGO Stranger Things being real. The first thing that happened was that sometime during the second half of April, an email was sent out about a midnight reveal at the LEGO store in Leicester Square. There is also a facebook post announcing the event. I didn’t think too much about it, thinking it was another James Bond type of reveal and ended up deleting the email.

The second LEGO Stranger Things event that happened was the above image being sent to me through various channels. It kind of looked like the thumbnail image you see when you’re browsing the themes over at the LEGO site. But those thumbnail images don’t use the LEGO logo above the theme name so I questioned it’s authenticity. I mean, the two CG minifigs look pretty legitimate. So I questioned whether or not it was real and never really made a connection between it and to the email from before.

The third event was the following video being sent to me:

Seems pretty darn convincing to me!

There’s a lot to respond to in the video but let’s stick to the main point which is evidence pointing towards a possible LEGO Stranger Things set/theme. The video connected the two dots between the first two incidents above. That overlay of Will’s face over the image paperclipped to the folder in the photo had me more than convinced.

But the fourth event that put the nail in the coffin was the following image posted on the Stranger Things subreddit:

If this is a hoax someone went to great lengths to make it look real.

Now, going off on a slight tangent, I have some thoughts about what was said in the video:

Of course, this could all be a super elaborate hoax but I’m willing to bet my Vader Bust set that it isn’t. May 15th is the date of the midnight reveal. We’ll find out more by then. And if The LEGO Group requests that the above image be removed, then they’ve played their hand and just proved it is indeed real.