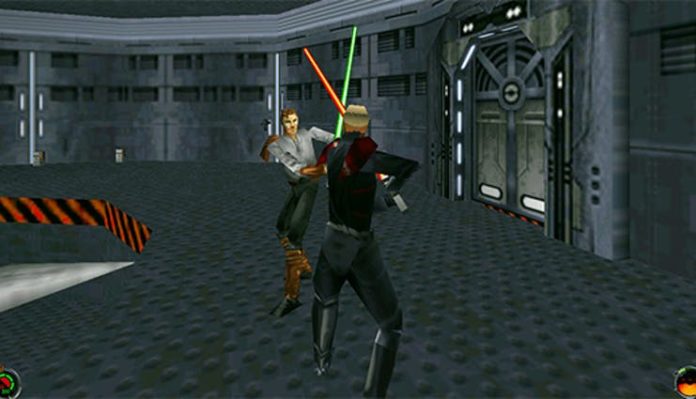 E3 is just kicking off, which means a lot of our coverage will likely be above video games. To jump start it, EA let slip today that their newly acquired Respawn Entertainment, is working on a Star Wars game called Fallen Order. We know precious little about the game past the name and that it will be an open world game, scheduled for a Holiday 2019 release, and is set in the “Dark Times” of post-Revenge of the Sith. Well, that, and that they won’t actually be showing it at E3 this year.

Now, before the excitement hits, let me throw a couple of buckets on water on the fun. First… EAÂ absolutely sucks. They killed off Mass Effect, one of the greatest games series ever, because they meddled too much a title came out worse than the ones before it. To be clear, I enjoyed Andromeda well enough, and would have loved to see the developers try to right-the-ship, but EA just killed it and threw it away. They recently shut down another studio, Visceral, that was working on a Star Wars game as well, because, I repeat, EA absolutely sucks.

To top that all off, they haven’t actually released a good game in years at this point. Andromeda is probably the best title they’ve released in the past couple of years. The last one that I remember being a great game was Titanfall 2… which is kind of important because it was also developed by Respawn Entertainment. That being said, the game bombed, because EA sucks and released it against Call of Duty: Infinite Warfare and Battlefield 1 (also a pretty great game), and sales tanked because of it. Since that time, EA has ruined a Star Wars game, Battlefront 2, to the point that legal action was taken and their stock hurt, and had to pretend they care about consumers until they can sneak in lock boxes and micro-transactions again. In short,Â do not trust EA to make a good game.

Past that… Star Wars itself has had more bad than good when it comes to video games. There are some great games, most of which you can buy at GoG.com. There are two games they could spark my interest in this project, one you can get and one sadly gone: Jedi Knight and Star Wars Galaxies. It’s unlikely EA is so bold to take on Galaxies, but hopefully Respawn is smart enough to blend their existing skills in Titanfall 2 with a series that just dripped replay-ability like Jedi Knight did. Until we know more, though, not much we can say about it.