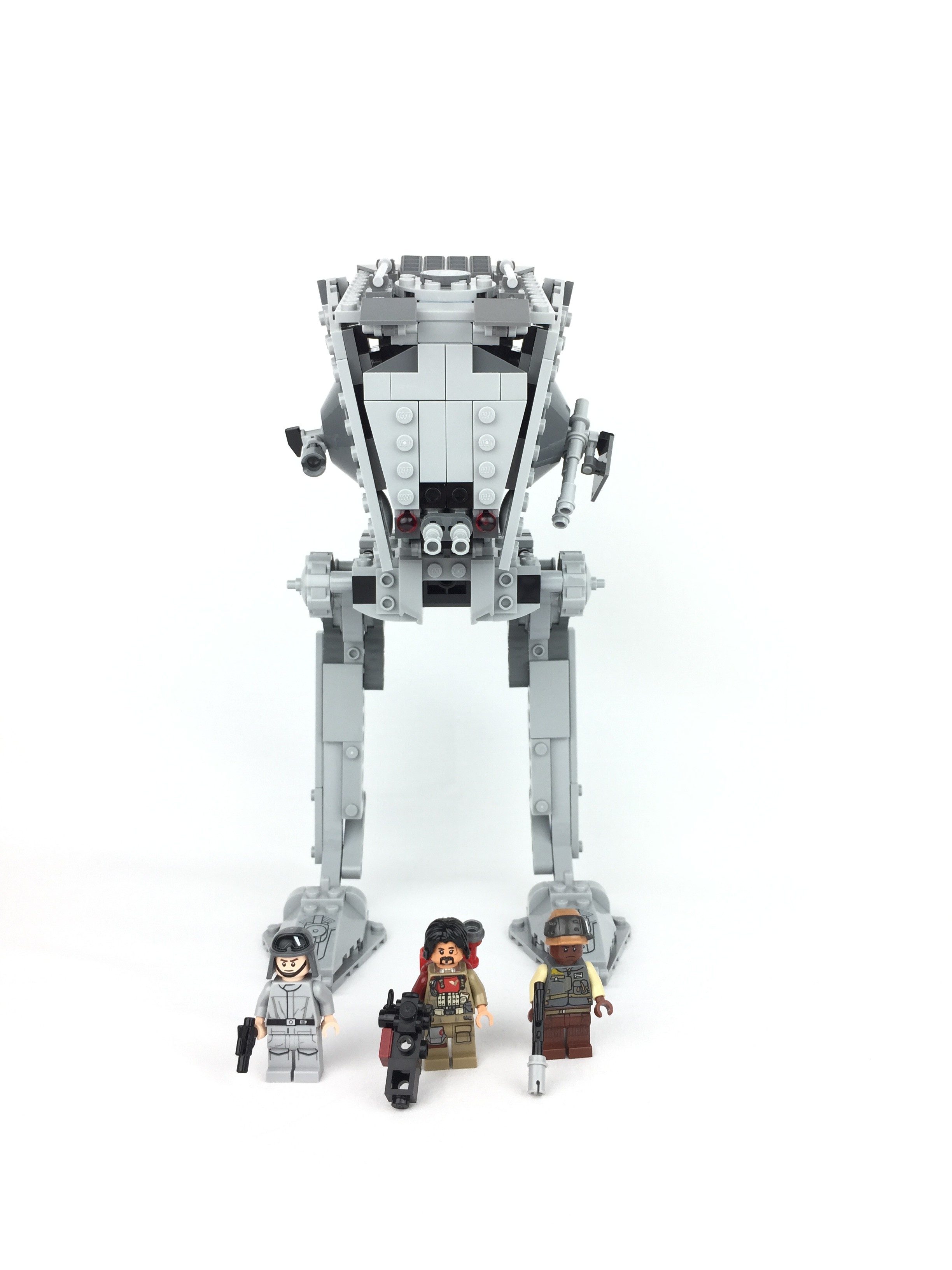 Me posting a review of a vehicle nicknamed “Chicken Walker” has absolutely nothing to do with the fact that it’s Turkey Day.

Rogue One is quite literally right around the corner. I’m excited. I’m super excited. The movie will be released in theaters on December 16th, 2017. And I don’t know about you, but after watching the trailers, it was quite comforting to see some iconic vehicles in them. X-wing. AT-AT. AT-ST. Death Star. It really cements itself as a Star Wars movie, more so than Episode I-III ever did for me. It’s most likely because I’m an old fogey and grew up on the Original Trilogy, marveling at the X-wing, the AT-AT, the gorgeous Millennium Falcon. So seeing them again in action even for the brief few seconds in the trailers stirs up the awe and wonder I had as a kid. I’m back to being a kid again and it feels great!

While we don’t have any sets based on the X-wing or the AT-AT, we do get an AT-ST to review right out of the gate. 75153 AT-ST Walker is big, the biggest AT-ST model ever made at System scale, obviously not including the UCS set. But does bigger mean better?

Not really, but it is a pretty nice model. It’s gorgeous, I mean look at it: 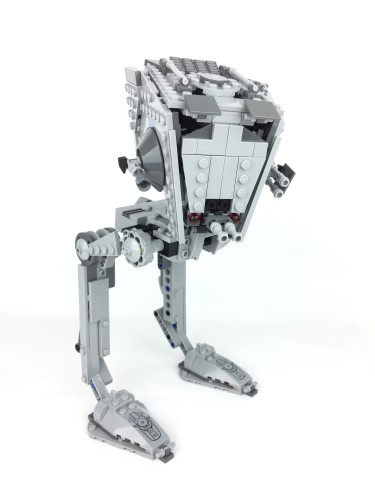 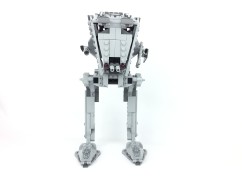 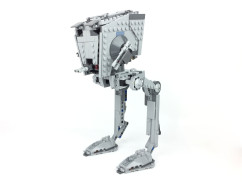 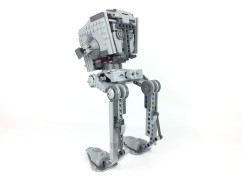 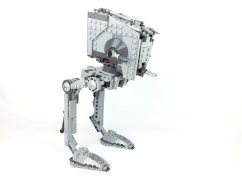 Looks aside, 75153 AT-ST Walker is the biggest AT-ST model ever made, but being bigger doesn’t necessarily mean it’s better. I’m willing to bet that its large size is a direct result of having to incorporate the requisite spring-loaded missile launchers. 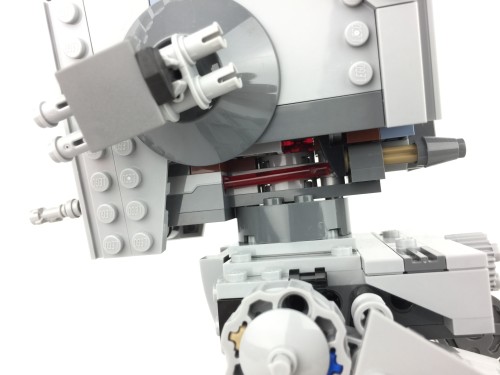 They are integrated into the model really well in that they are mostly hidden and out of sight, and thus the entire head is built around them. There are two and they flank the chin gun on either side. To launch them, you press two triggers on the back that are disguised as just greebly details. Their integration is probably the best part of the set. 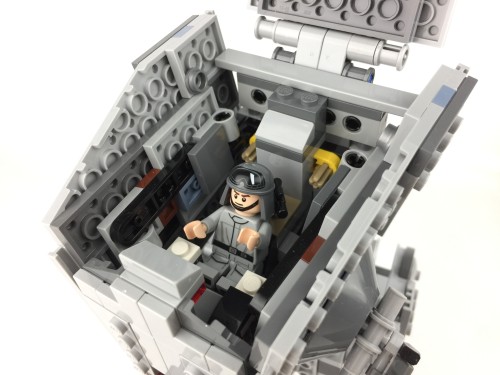 The head’s large size is deceptive though in that you’d think there was room for two as we see a pilot and a co-pilot or gunner sitting side-by-side in ROTJ but alas it is a single-seater model. It’s quite possible that the Rogue One model does indeed only have room for one that changes to a two-seater by the time the events of ROTJ occur but we’ll have to wait until we see the movie to find out. The driver’s seat lacks any studs. It instead uses the T-shaped panel first used in the Friend’s line. There isn’t a whole lot of resistance so there’s little feedback to let you know if he’s set correctly or not. One thing I really liked in this set is that there’s an open stud right behind the driver’s seat to store his blaster. 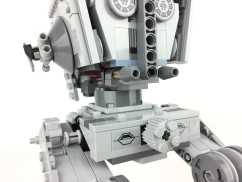 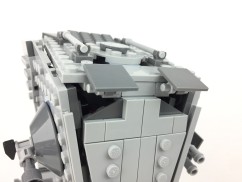 Most of the play features are in the head of the vehicle. There is a dial in the back that makes the head swivel and ratchets as you turn it. The head isn’t completely level and rests at an angle so the ratcheted positions help keep it locked down so that it doesn’t swivel uncontrollably due to gravity or the wind. The “eyelids” do look like the hatch covers they are supposed to represent but functionally don’t cover the port holes at all when flipped down. They really are cosmetic. The top hatch is there but much more difficult to open and close compared to just opening the entire roof assembly; it’s really only there to recreate that scene from Jedi where Chewie is sticking out of the top. It’s much easier to insert and remove the driver or any other minifig by raising the entire roof assembly. 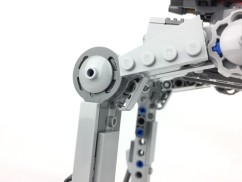 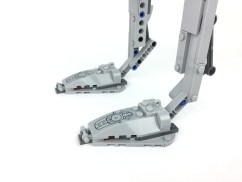 Another aspect of the model stemming from it’s large size is it’s bulkiness, and with that is the need for a solid and sturdy foundation: the legs. The legs are static at the hips and ankles and lack any sort of articulation. The reverse knee joints are articulated but can only rotate in one direction. They are for structure and design than function. The legs are pretty much stuck in one position and one position only. That image you see on the front of the box is a bit misleading in that yes you can pose the legs that way but it won’t stand on its own like that without any help. And while the legs can swing back, they cannot swing forward any more than what the right leg shows.

Sticker usage is pretty minimal. There are two big obvious ones on the feet. I honestly feel like this model could have used a few more for added details. There are couple of panels that could have used some dressing up to make it a little more interesting visually. Two 2×4 tiles along the legs in particular are good examples of some needed sticker love. 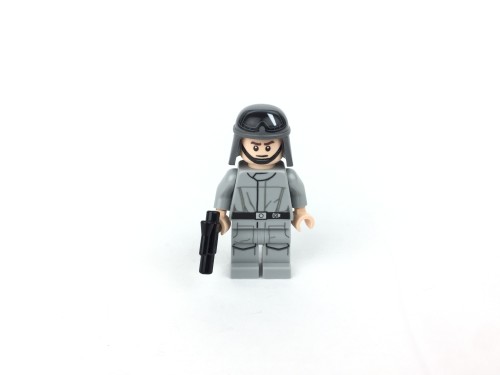 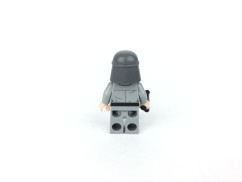 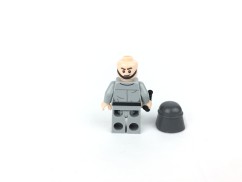 I can’t really say too much about the minifigs since I really have absolutely no frame of reference for any of them except for the AT-ST Driver. Thankfully, he is better than the AT-ST Driver we got previously from the planet set 9679 AT-ST & Endor. The torso is slightly different and 75153 version adds printing to the legs. That planet set was released four years ago so for those of you who entered the hobby after that set was retired now have access to a great version of him. 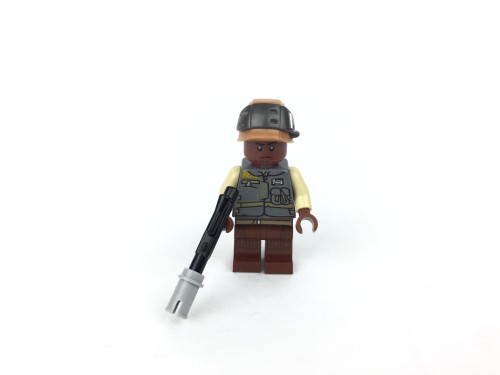 The Rebel Trooper minifig is, I can only assume, your everyday, run-of-the-mill Rebel Trooper minifig. His non-pale flesh tone adds a bit of diversity to your collection but his role in this set is basically the equivalent of being a red shirt on that other space franchise. The grey technic pin on the front of his blaster must be the Star Wars universe’s equivalent of the orange tip in today’s toy guns. 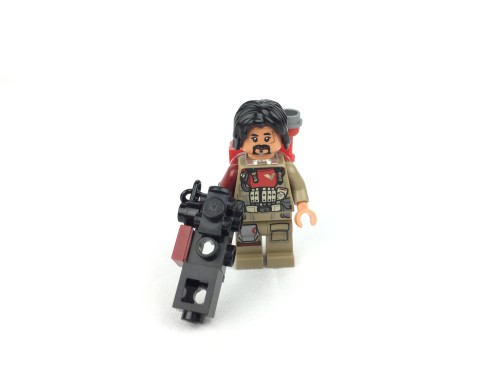 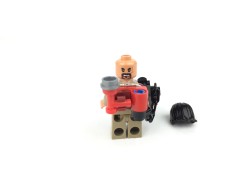 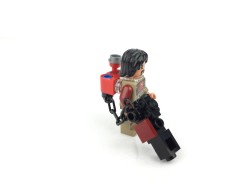 Baze Malbus is pretty awesome. I think I remember seeing him in a trailer or two, but I don’t remember his chain gun/heavy blaster. It’s huge and nicely constructed using common elements. I’ve complained before about how minifigs seem to be on the verge of having too much detail. Baze toes that line but doesn’t go overboard. He has a lot of detail that’s easy to make out and thankfully his face isn’t an explosion of lines like Han’s face ended up becoming. This is the only set he comes. 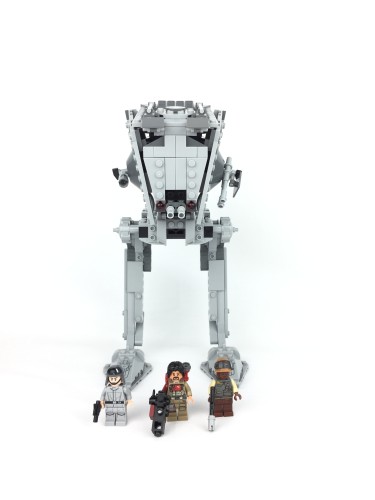 Out of all the AT-ST models my absolute favorite one would have to be the one that came with 8038 The Battle of Endor. It’s small, simple and quite charming. It manages to capture the essence of the AT-ST in a small package. This one is noticeably larger but in my opinion not that much better. While the look and feel are spot on in terms of accuracy, after building it, I really didn’t know how I felt about it and after a few minutes all I can muster up is this: it’s alright. It’s certainly not the best AT-ST in my opinion but it’s the only one we’ve got right now. At a retail price of $39.99, it’s a bit of an investment. You do get a large, satisfying model for the price though so I’m stuck in this middle of the road opinion. My suggestion? Go download the instructions for 8038 Battle of Endor Book 1, Bricklink the parts you need and the figs from this set, and build that version. Based on all that, I’d have to give this set a score of 3 out of 5 stars. Get it if you’re completionist, but try and wait for the inevitable 20-30% off discount.

If you’re still itching to get 75153 AT-ST Walker despite my “meh” score and suggestion to bypass it completely, it can be had from Amazon or LEGO Shop@Home for regular retail price. 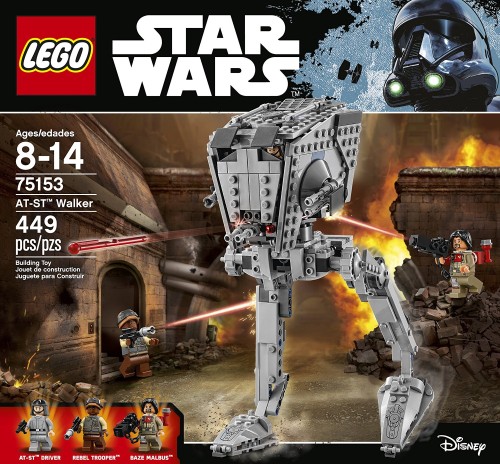