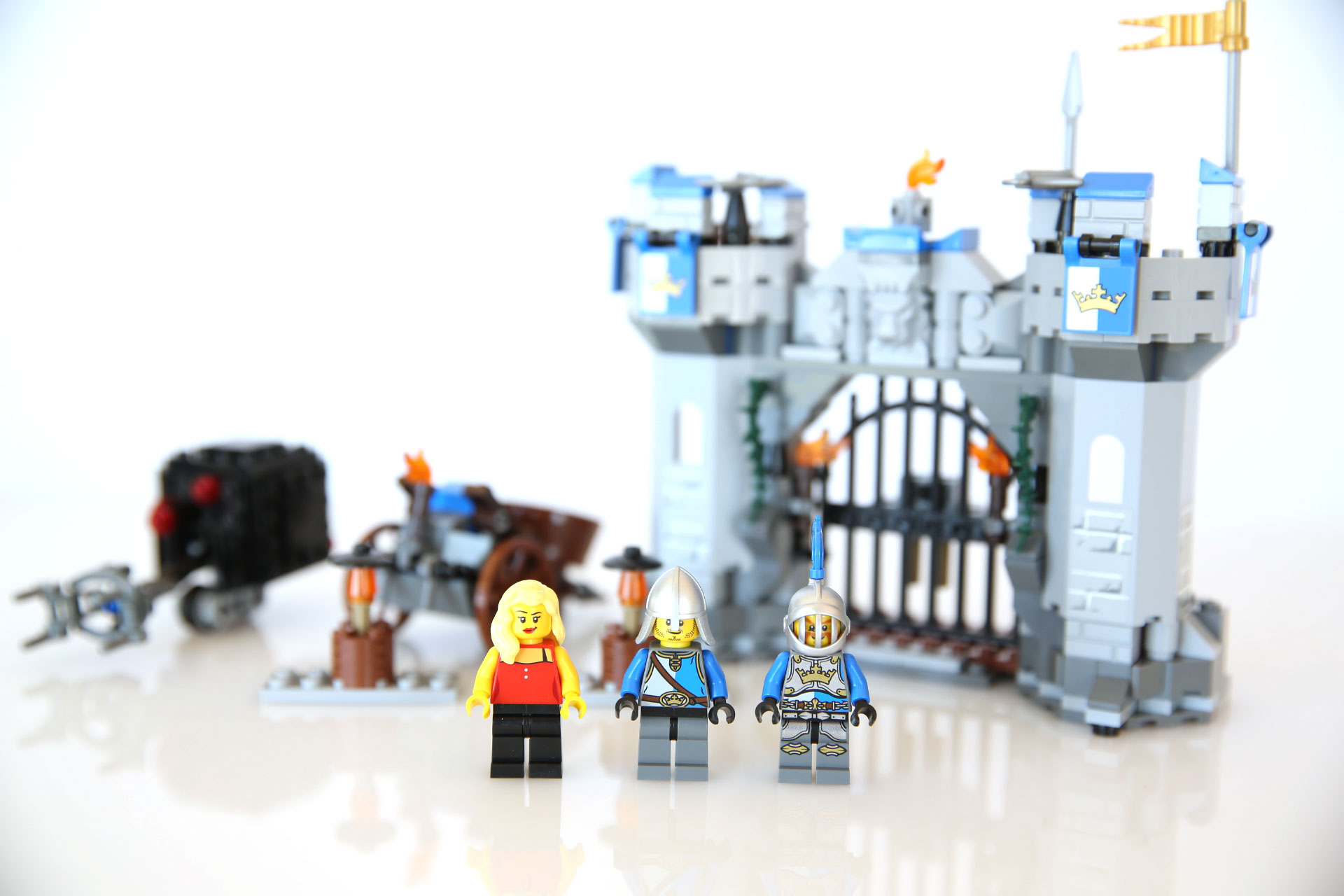 70806 Castle Cavalry is one of a handful of “2-in-1” sets that has a complete alternate model build included with the set. What is most puzzling about the “2-in-1” sets though is that the main build is the one on the front of the box, the attack vehicle. The alternate build, the better build, is what should have been on the front of the box. I mean, what’s more appealing, an ice cream truck or a weird looking attack plane? Anyways, packaging design issues aside, let’s get right to it.

When I was asking my review staff for a list of sets they wanted to review, not a single person volunteered for this one and for good reason. It’s not that exciting. 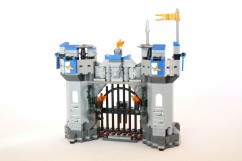 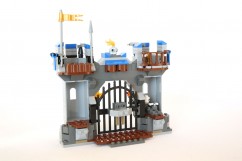 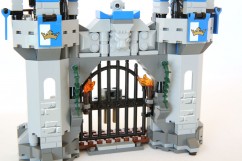 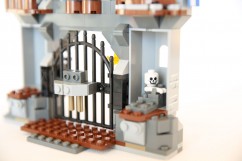 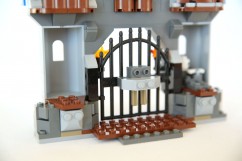 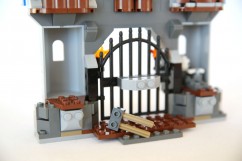 I’m going to start with the alt model since it is the better of the two models you build. The alt model is a castle gate with two turrets flanking each side. And as castle gates go, this is a great looking castle gate. There’s some hidden details such as the skull and bone tucked away in the turret’s lower level. There’s two iron gates that you can lock but without any context for how this building fits into the movie, it’s a gate to nowhere. Is it part of a bigger castle? Is it at the end of a bridge? We’ll find out once the movie comes out. But for now, this is all we get. 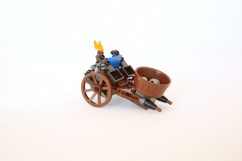 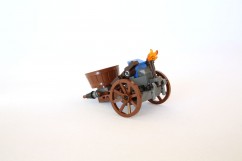 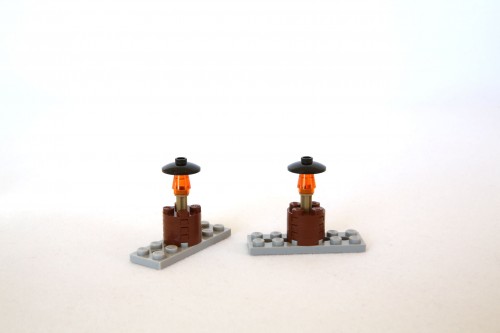 You also build this catapult mechanism and two torch holders. And that concludes our castle build.

Now before I get into the main model, I want to try and explain what I think these “2-in-1” sets are about. Each of these sets you get one of Lord Business’s attack drones, the bad guys, and some sort of attack vehicle, the good guys. Also, there is a regular minifig citizen included in every set that comes under attack from the drone, and the good guys come to the rescue transforming their normal vehicle, or in this case, their castle gate, to an attack vehicle. So with that out of the way, let’s look at the main model that comes to the rescue. 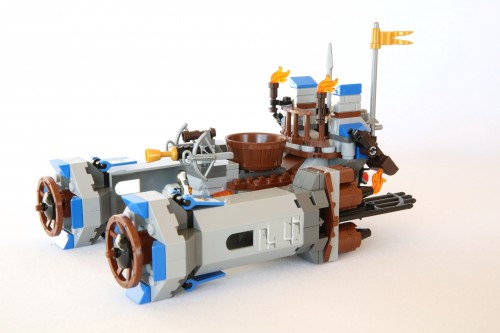 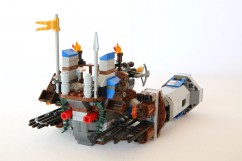 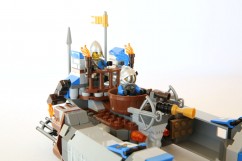 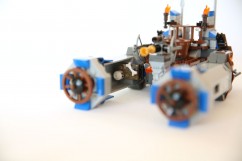 The main model basically has you build a podracer out of the castle parts. And that is as awesome as it sounds and if you haven’t picked up my tone of sarcasm what I mean by that is that it is not awesome at all. I totally acknowledge that building an attack vehicle out of castle elements sounds way easier than it is, and that goes for building alt models period but it’s not all bad. Look at some of the other sets. 70804 Ice Cream Machine’s main model is pretty fun, and 70805 Trash Chomper’s main model set looks way awesome with tons of personality. None of that fun seems to have been captured in the castle podracer. I don’t really fault the designer. He/she did what they could do. I just think making this scene from the movie into a set was probably a bad idea. 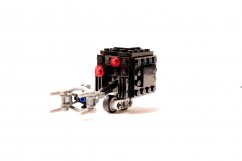 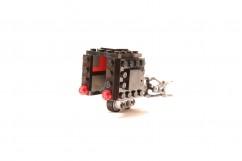 Moving on to the attack drone, it is a simple wheeled drone with an articulated arm in the front that’s designed to grab Sharon Shoehorn and run off like a bandit. The claw mechanism works really well. The wheel tucks away in the back for no discernible reason other than maybe for balance reasons. The wheels on the drone are front and back, bicycle style making balancing it an exercise in patience. 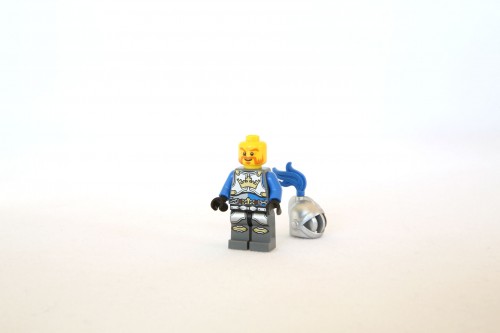 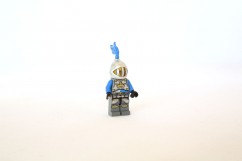 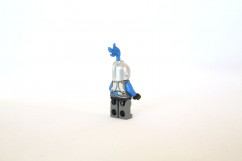 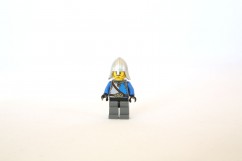 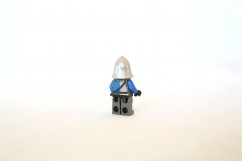 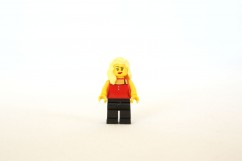 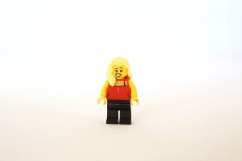 The set comes with three minifigs: Sir Stackabrick, Gallant Guard, and Sharon Shoehorn. The two castle minifigs are pretty nice, but I’m not familiar enough with castle minifigs to know if silver printing is the norm or not. Sharon has a double sided head, a normal expression and a scared one. And that is all I have to say. My lack of text for the minifigs just goes to show how ho hum this set is.

The set’s only saving grace is the price per parts ratio. $29.99 for 424 pieces is great but the parts selection is a little lackluster. There aren’t any new elements in this set but if you need ton of tiny parts, this is the set for you.

I rate 70806 Castle Cavalry a 1. This is a set seriously lacking any level of wow factor.

You can buy or not buy 70806 Castle Cavalry directly from LEGO Shop@Home: 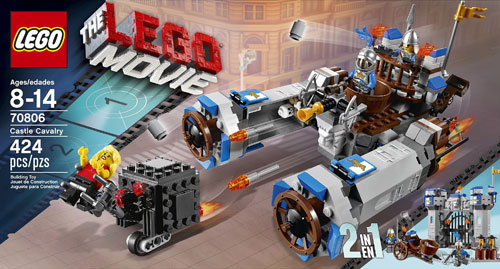