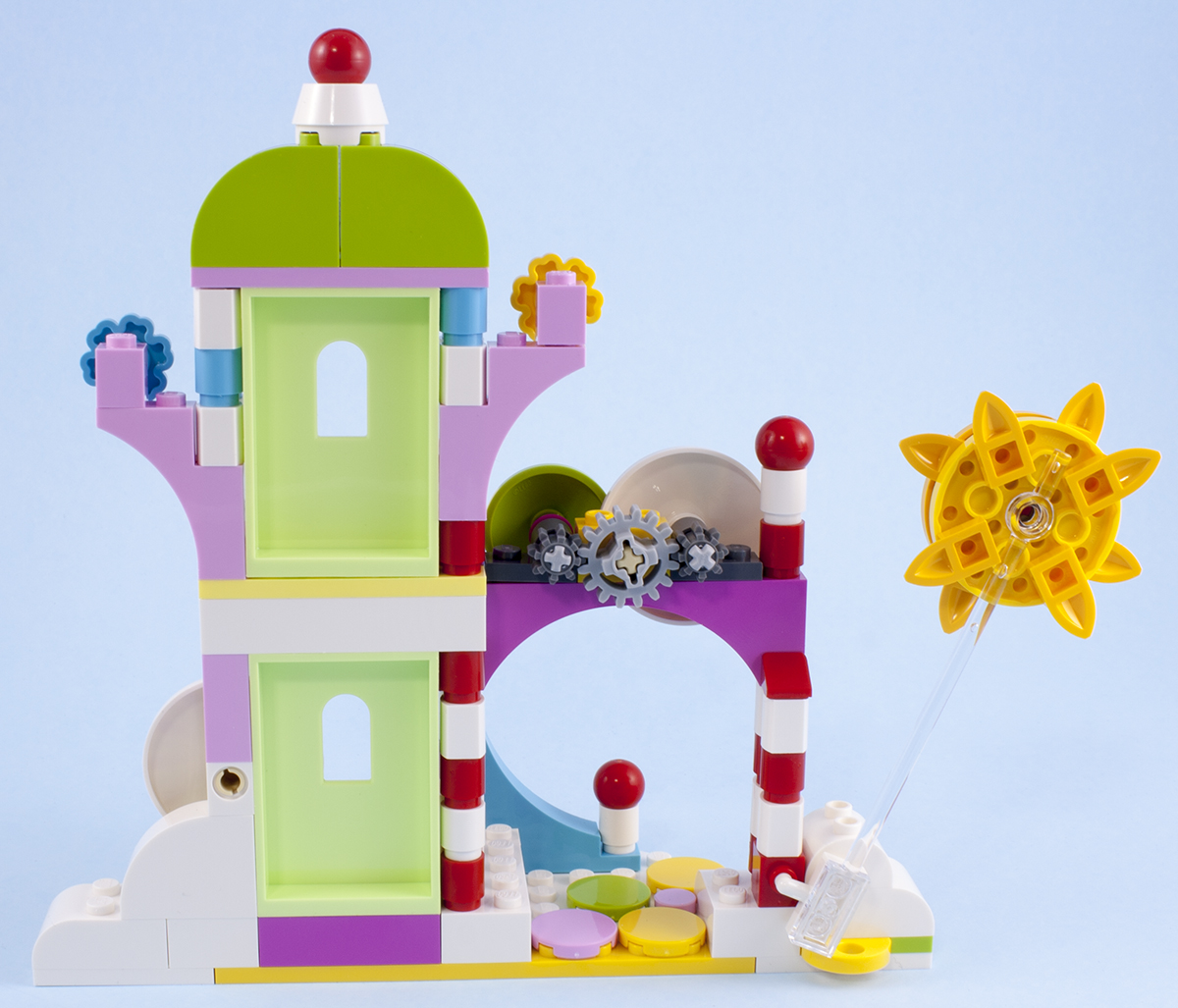 While 70805 Trash Chomper was the set I knew I just absolutely had to have when I first saw the alt-builds, 70803 Cloud Cuckoo Palace was the set I wanted based on the box images alone. I couldn’t even really tell you why, honestly, other than the fact mixing insane colors, a Candy Land vide, and a Lego snail is just a quick way to get my money. I mean, how can look at that thing and not smile, thinking about Gum Drop Mountain.

Oh, and also there’s a unicorn kitten, which I assume is just what pulled the strings and controlled the unicorn dogs from Star Trek. And a snail, which some people eat and the rest of us kill on site (especially if they’re those nasty invasive species ones). And of course Emmet, but we also get Wyldstyle and a robot, because we get robots in pretty much every set.

Like I said, three minifigs, Emmet,Â Executron (not as cool of a name as Not-a-robot or Deputron), and Wyldstyle… this time with hair instead of a hood like in Melting Room. Okay, she still has a hood, but I’ll cover that in a bit. 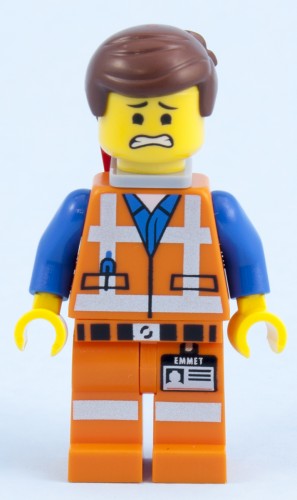 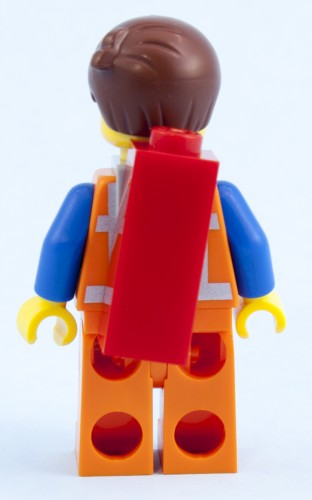 I opted for scared-y face this time. If you feel the need, I welcome you to write a review for this guy. I’m sick of covering him, since he came in four of the six sets I reviewed. So feel free to add your own review to your figure, or check out our figure review for him in Melting Room, Lord Business’ Evil Lair, Super Cycle Chase, Getaway Glider, or the Collectible Minifig Line. 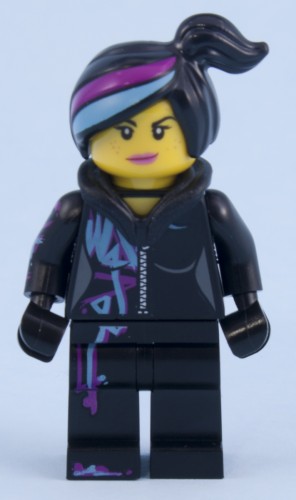 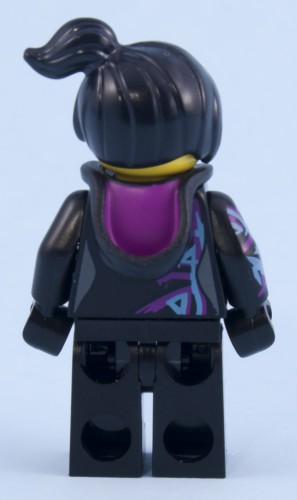 I know Wyldstyle is in almost as many sets as Emmet, but I only got her in two of my reviews, and unlike Emmet, she’s actually different in them (and her CMF one is pretty wildly different). Okay, the torso, head, and legs are all the same, but we get a hairpiece now, and an accessory for the hood. The hood accessory is especially nice, and the kind of thing that should have been included in a lot of the CMF figures we’ve gotten that are a similar style. 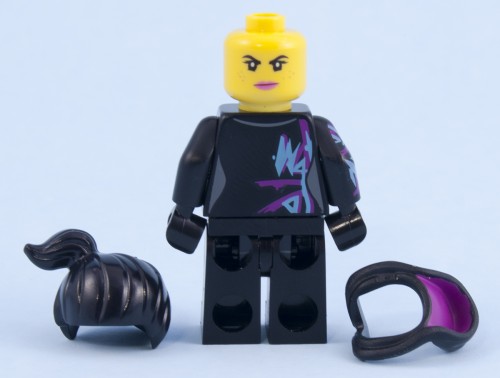 The alt-face isn’t all that different from the regular face. But unlike Emmet, the variety makes all the difference in her as a figure. 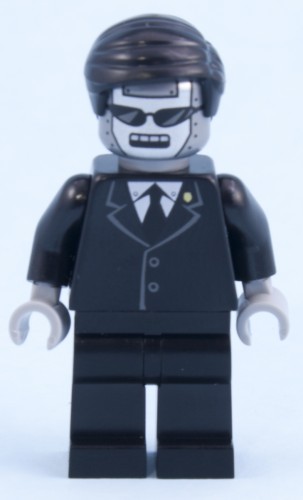 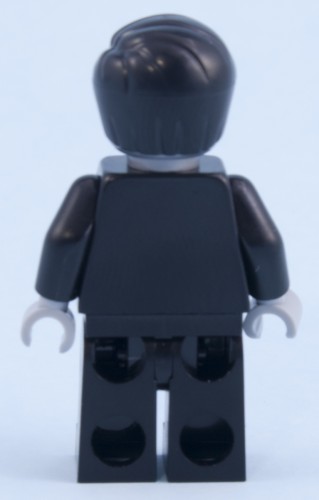 This set’s robot, Executron ,Â which for some reason I’m thinking is going for an Agent Smith vibe, only as a robot. The hair is a bit more used car salesman than agent, but that suit and the glasses are totally out of the Matrix. I absolutely love the suit torso (and much like the Getaway Glider, I’m going to swap out the robot parts for better stuff), and it in a lot of other figs. It might be the same as other suit torsos, with slightly updated art, but that doesn’t diminish the nice design. 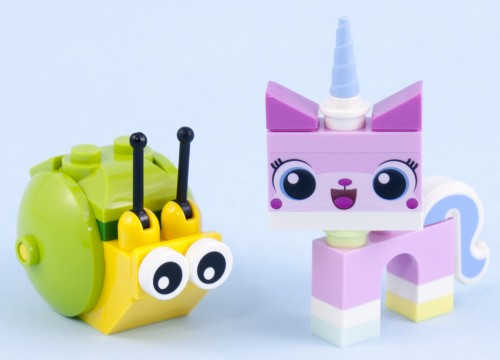 While not minifigs in the technical sense, we also get a brick-built kitty, named Unikitty, and a brick-built snail. The snail is just awesome and cute, and the kind of part that you just put up on display. It’s simple, but also facilitated by getting a short bracket in yellow. which is a brand-new color (previously, it’s only been in light grey, dark grey, and black). Likewise, the satellite dishes in lime green are also a new and unique color.

Unikitty is pretty much like Biznis Kitty from the Lord Business set, except with out all of the scribbling and markings. I’m actually pretty curious about what the connection is between the cats. Is Biznis Kitty really Unikitty undercover? Or vice versa? Are all Lego cats unicorns? So many questions! 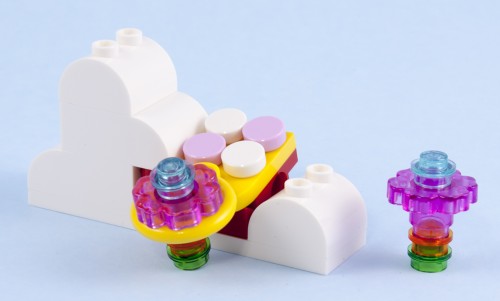 The set includes what is, perhaps, the most unique catapult that Lego has ever done. I’ve made fun of the stuff before, but I’m going to just say I actually kind of like this one. Not as a catapult, it works worse than any of the others I’ve messed with, since there’s basically no lever at all for it. The flower pretty much hits your finger while you try to flick it. But at least it looks cool, is made up of good pieces, and is cute. 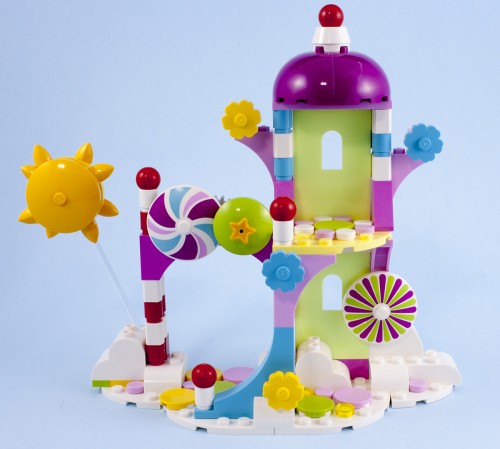 You could make a case for this thing just being called a round tile booster pack. There are three different colors of 1×1 round tiles (Trans Yellow, Pink, and White), and you eighteen of them to put in the set, along with extras for each color. There are also three colors of round 2×2 tiles, which look a whole lot like Spree candies. This set might have the most tiles I’ve seen short of a UCS set.

Tiles aside, there’s a lot of nice stuff here, like the partial domes (which have been in Friends stuff before), dishes with printed patterns, arches in unique colors (including short pink arches), and a whole bunch of rounded bricks. Even the wall bricks with small windows, something I usually dismiss as BURP stuff that’s to be avoided, are okay because of the unique coloring. Though I expect to see them show up in some especially eclectic Castle builds sometime soon. 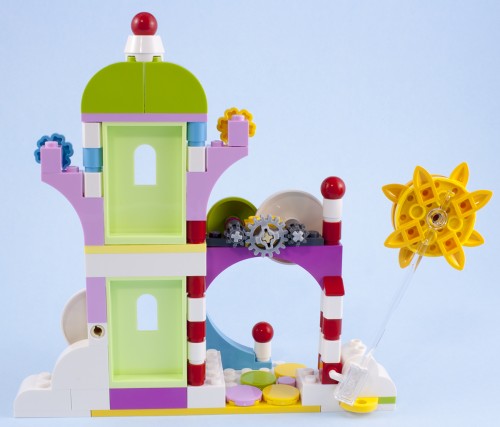 The dishes are actually on some little technic wheels, so if you spin one, you spin the other one. Oh, and you’ll notice that there’s a blank white R5 head on the top, along with those small red technic balls. Lots of little things here in a genuinely fun set. It’s a bit limited at $20, but still manages to pack in 197 parts that actually feels like 197 parts.Â This set feels every inch of a $20 set. Small, somewhat basic, but still does a whole lot for value in unique ways. It’s in the unique nature of stuff more than the piece count, in colors, shapes, and minifig hoods.

Verdict: 4 (out of 5). This set delivers on its value and has a lot going for it. While not carrying a lot of parts, what it does have gives it value. Also, color.

You can pick up 70803 Cloud Cuckoo Palace, and all of the rest of The LEGO Movie line, on Lego Shop@Home starting today! 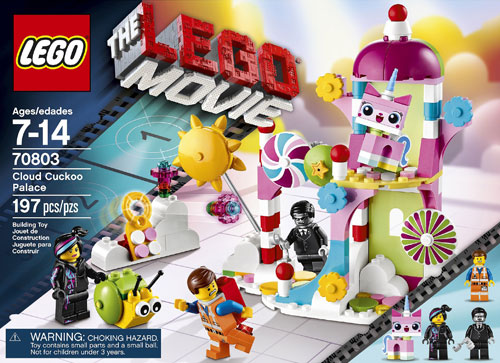