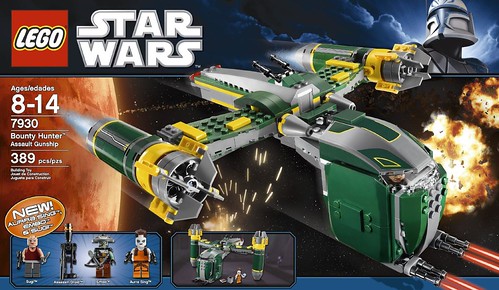 This review has been a few months in the making. I actually wrote the first draft back in January of this year and at the time actually enjoyed the Clone Wars-inspired set and thought highly of it. I just failed to take any pictures until recently. So with a fresh perspective, I decided to rewrite the review. But after a 9 month hiatus, does the Bounty Hunter Assault Gunship stand the test of time? 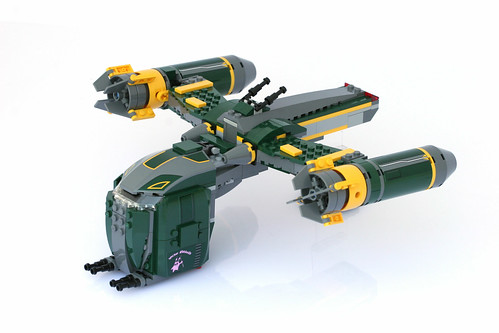 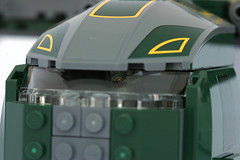 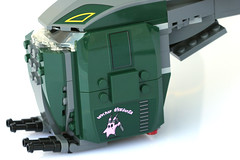 I’m happy to report that it does. At first glance the cockpit of the Bounty Hunter Assault Gunship is reminiscent of a semi truck and for good reason. According to Wookieepedia, the Gunship is actually called the Halo, a modified “SS-54 light freighter constructed by Botajef Shipyards.” Why the set name didn’t include Halo in the title is beyond me. Anyways, kudos to the designers for nailing the look of a sci-fi transport. I can imagine the ship hauling cargo away tucked behind the cockpit between the engines. The Halo appeared in two Clone Wars episodes, “Bounty Hunters” and “Wookiee Hunt”, neither of which I’ve seen to be completely honest. But based on the few pictures of the source material, the end product is a faithful reproduction of the ship when in flight mode. 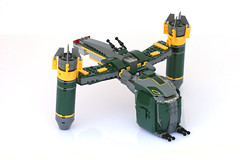 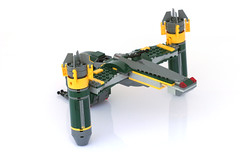 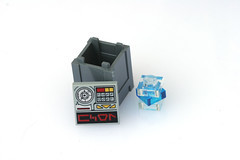 According to forum member Oky Wan Kenobi, the Halo‘s engines rotate down for landing mode in the episode “Wookiee Hunt.” The LEGO set mimics this feature perfectly with a little help from the tail. There are two axles that runs the length of the wings, one on each side, and connect to a series of liftarms that connect to the tail. Pull the tail back and the engines rotate down. The mechanism used to rotate the engines also reveals a hidden storage compartment containing a crate with a holocron inside. The crate has a printed 2×2 tile used as the lid with the word “LOCK” printed in Aurebesh. Not having watched the episodes the ship appears in, nor many other Clone Wars episodes for that matter, I’m not sure of its significance for it to appear in this set. 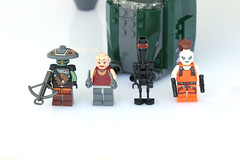 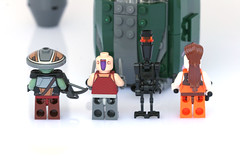 You get four bounty hunter minifigs in the set consisting of Embo, Sugi, Aurra Sing, and IG-86. They’re all decorated in the ugtastic Clone Wars design scheme, resulting in ugly eyes for Sugi and Aurra. And you know, this is what really bugs me about minifigs based on the Clone Wars series. Minifigs already lend themselves to a very stylized look. Had they used the normal printing guidelines for the eyes, they still would have looked appropriately cartoonish with an additional benefit of having them fit in with the designs of every other minifig that came before. But no, they look freaky and ugly and don’t blend in very well. 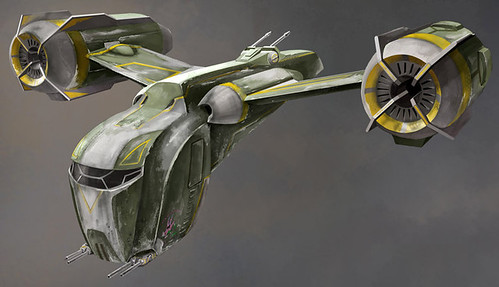 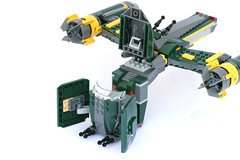 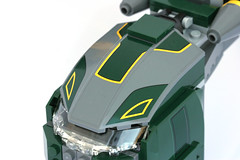 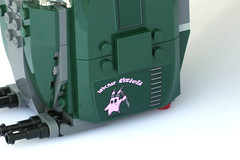 What I liked: The really dig the design of the ship. I think too often when reviewing sets from a licensed source, we forget about referencing the source material. After building the set, I was curious about the original ship and was rather impressed. There are so many things from the prequel trilogy that I didn’t like from a design perspective, and Clone Wars material couldn’t help but draw upon the prequel’s influence. But the Halo with its dark green/dark gray/yellow color scheme is a shining star in a space of mediocrity. 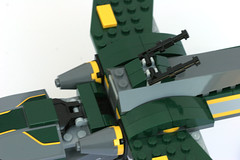 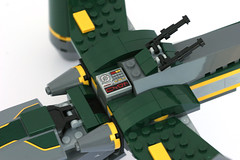 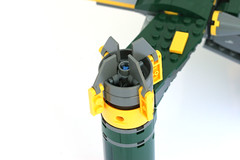 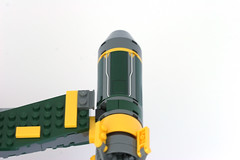 The engine mechanism. I think it was a rather clever solution to address the laws of gravity and still keep the ship interesting. The other obvious possible solution to land the ship without tipping over would have been to include some sort of giant landing gear but I like this solution much, much better. And to integrate a small storage compartment was a nice little bonus.

The gun rack on the roof of the cockpit was a nice surprise as well. A hidden weapons cache is exactly what I would expect from a bounty hunter’s ship, and LEGO delivered. 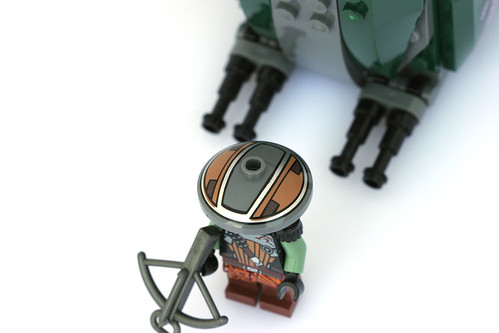 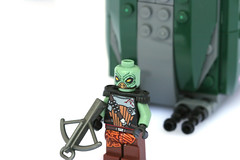 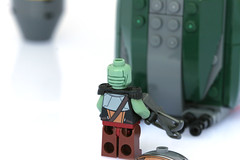 Embo. He just looks fantastic front to back, top to bottom. He’s my favorite fig from the set. Fortunately, Embo looks so alien that he doesn’t suffer from the Clone Wars ugliness that plagues nearly every other minifig inspired by the cartoon.

What I didn’t: When in flight mode, the engines had a tendency to sag. Even with a firm grip on the tail of the ship, the engines drooped under its own weight. There is a single axle connection from the engine to the wing and the torque proves too much. I’m not entirely sure if it could have been built any differently to address this particular since the engine rotation would still be dependent on a technic axle. If a different hinge mechanism was used, the sag my be reduced or altogether eliminated but that would mean the engines would no longer be joined and controlled by the tail. And that tail control is so satisfying to use, I wouldn’t want it any other way.

The stickers. One thing that should be noted is that after a 9 month break, when revisiting the set I noticed that some of the stickers were starting to lift off from the elements. It could be a result of dust or finger oils on the elements but it was something that warranted mentioning. 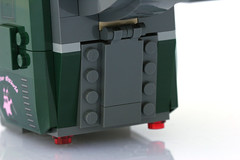 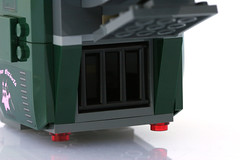 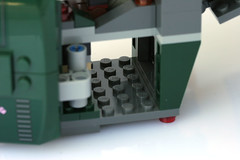 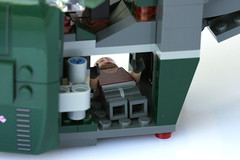 I’ve read a few complaints from other reviews about the space issues of the prisoner hold. Not being able to stand a minifig inside might be a negative mark against the set; and sitting a fig on the studs is nearly impossible because of the low height. The solution? I just lay the figure down in the compartment. The cockpit section overall is too small to fit all the minifigs that come with the set. Like a lot of other sets that have come out recently, I wish it were larger to accommodate the gang.

Verdict: If I haven’t made it obvious, I really like this set but the price is a little high for the amount of parts you get. With only 389 pieces, the build time isn’t too long so you’ll be swooshing around in no time, but at $49.99 it’s a tough pill to swallow. Wait for sale, but you won’t regret it at full price if you decide to throw all caution to the wind and splurge.

Unfortunately, it’s not on sale at Amazon as of this writing, but I’ll throw in a link anyway: