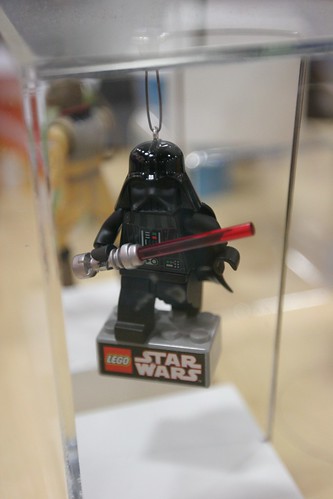 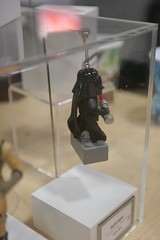 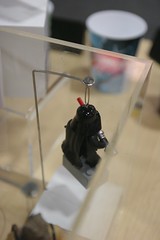 Revealed last week, Hallmark is entering the LEGO Star Wars market with a new ornament of a LEGO Darth Vader minifigure. The ornament goes on sale in October for $14.95. They had a few on display at the San Diego Comic Con which I was happy to take pictures of. The Dark Lord is a pretty good size for an ornament, much larger than an actual minifigure and around the same average size for their other figure ornaments. My only gripe is that the cape seems all too narrow. In some views, especially head on, it seems like he doesn’t even have one on. You just see a hint of it. I would have like to have seen a much larger sweeping cape, one that is immediately noticeable without having to purposefully look for it. Still, not bad for the first product out of the gate.

Hallmark will also be selling a series of party accessories based around LEGO Star Wars such as bags, cups, plates, etc. 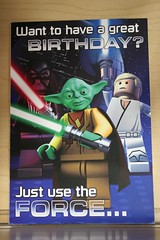 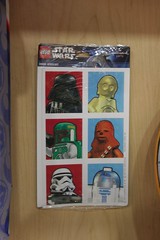 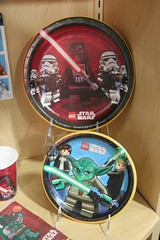 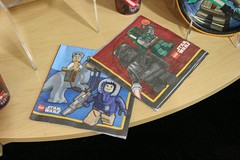 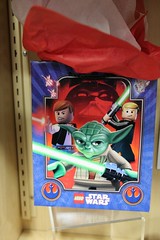 But the biggest news is that they had a little sign showing a sneak peek what next year’s LEGO Star Wars ornament was going to be for 2012: Stormtrooper. LEGO hasn’t used the loudhailer and 1×1 round stud as a blaster for awhile now, so I’m not sure why they are using it for the ornament. Perhaps it was a licensing issue but I really wish they had sculpted in a blaster instead. It does give the figure a bit of nostalgia, though, for old timers like me. 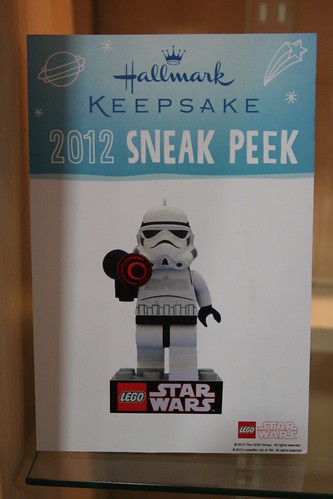 They need to do everyone’s favorite pair of droids next.