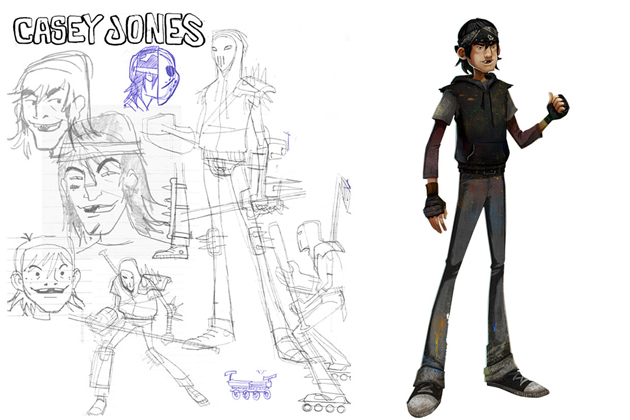 If you saw the season finale of Nickelodeon’s TMNT, then you know the stakes have been raised in the Turtle-verse and while many questions have been answered and truths revealed, resolution seems only a little bit closer if at all. Yay! Season two promises a host of new characters and IF you want to avoid spoilers you should probably skip the video above and avoid the jump below.

I wanted to report on some of this during SDCC, but I had too much going on. The cast and crew seemed to have a blast at the SDCC panel and the fans had a lot to cheer for when the team started to discuss the plans for season 2. I want to touch base on a couple.

First up is the introduction and redesign of Casey Jones. I loved Casey in the comics and the original movie and can’t wait to see him introduced to this show. His look falls in line with the overall younger aesthetic of the show and I have confidence we’ll see more of the walking sporting goods store commercial and less sons of the Sons of Anarchy as his character developes. 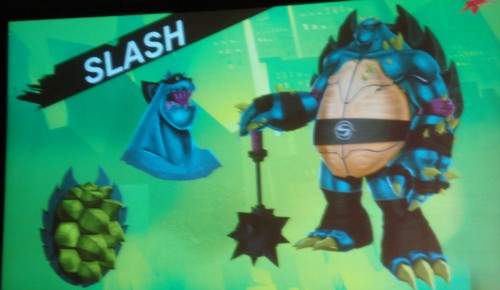 A classic cartoon villain will switch sides as Slash appears on the small screen again, this time to help the Turtles. I had the original Slash figure and loved it, I still remember his crazy Joker-esque grin and twisted, psychedelic weapons. This time around, Slash will be none other then Raph’s pet turtle Spike and be voiced by Corey Feldman. Did the 80’s just implode on anyone else? 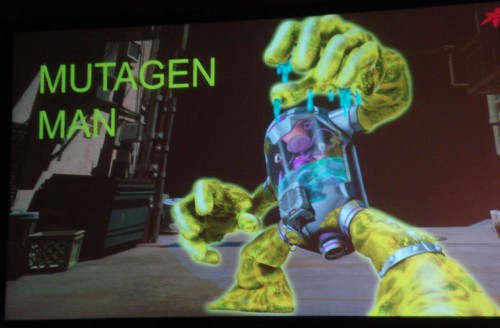 Timmy will be back as the fully realized Mutagen Man, and it looks like his pulverizing days have just begun. 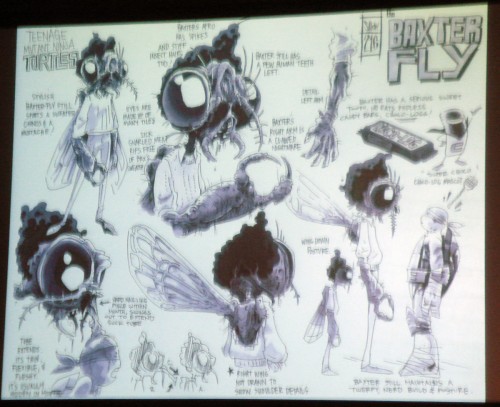 Another shout out to the ’80 cartoon will see Baxter Stockman doing his Vincent Price impersonation. I will wait for the classic line with great anticipation. There are more surprises in store no doubt and when a fan shouted love for Rocksteady and Bebop, Executive Producer Cero Nieli said, “We like them too. Patience.”

CBR did a great job covering the panel and snaping the sneak peek pictures and we’ll do our best to keep you up to speed on the new season and the already confirmed third as it pops up. I already have a wish list of sets in mind based on the first season alone, so fingers crossed for more set news soon.

[SDCC] The Statues of The LEGO Booth