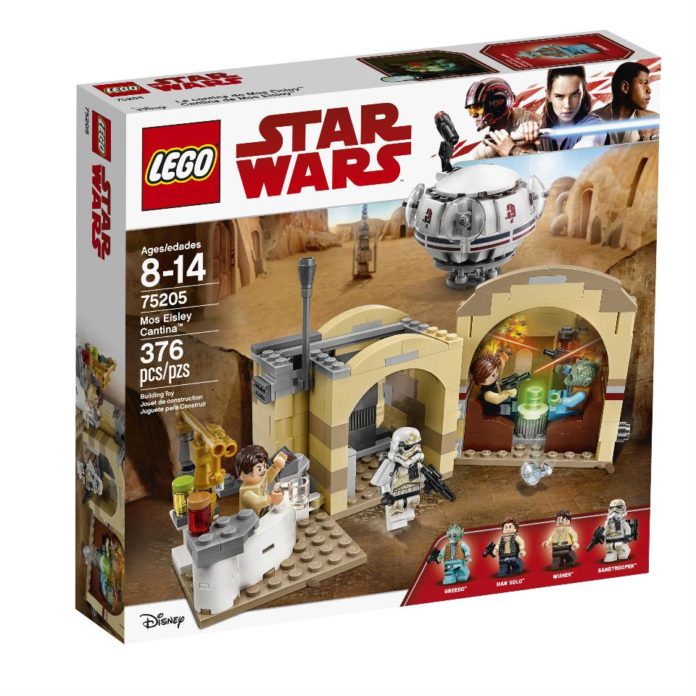 Update: Toys’R’Us listed the set already, and pegged it at $39.99. I replaced the featured image with the new one from there. Original image below. 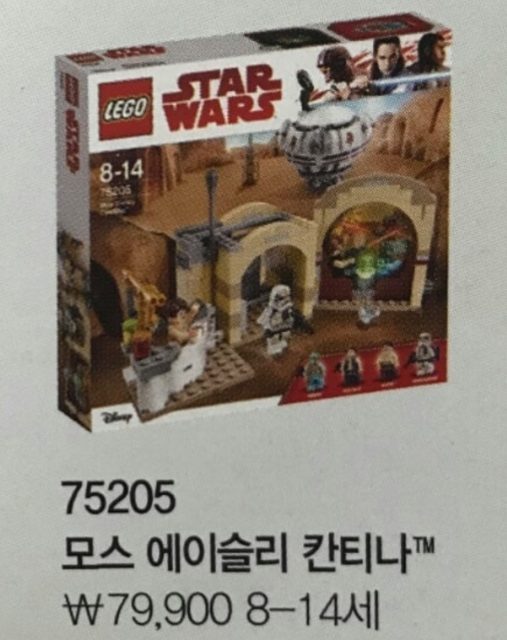 It looks like we are finally getting a Wuher figure. Assuming this isn’t a good fake, next year’s fall product cycle will see the release of yet another Cantina set, 75205 Mos Eisley Cantina. You’ll also get Greedo, Han, and a Sandtrooper. No Bith band members, though. LEGO probably held out on releasing Wuher so that they would give fans a reason to buy yet another throwaway attempt at a Cantina set.

With 75173 Luke’s Landspeeder out now, it looks like they’re breaking apart the 2014 set 75052 Mos Eisley Cantina set into smaller sets and selling them piecemeal. I half expect a Dewback battle pack set within the next year.

That big round white thing in the back? I think it’s supposed to be this:

“I wish LEGO would make that obscure white droid/spherical shuttle sno-cone looking thing,” said nobody. This could all be an elaborate fake, cause those windows or eyes on whatever that thing is doesn’t look right in the model.

Price point remains to be seen, but I’m going to guess around $40.