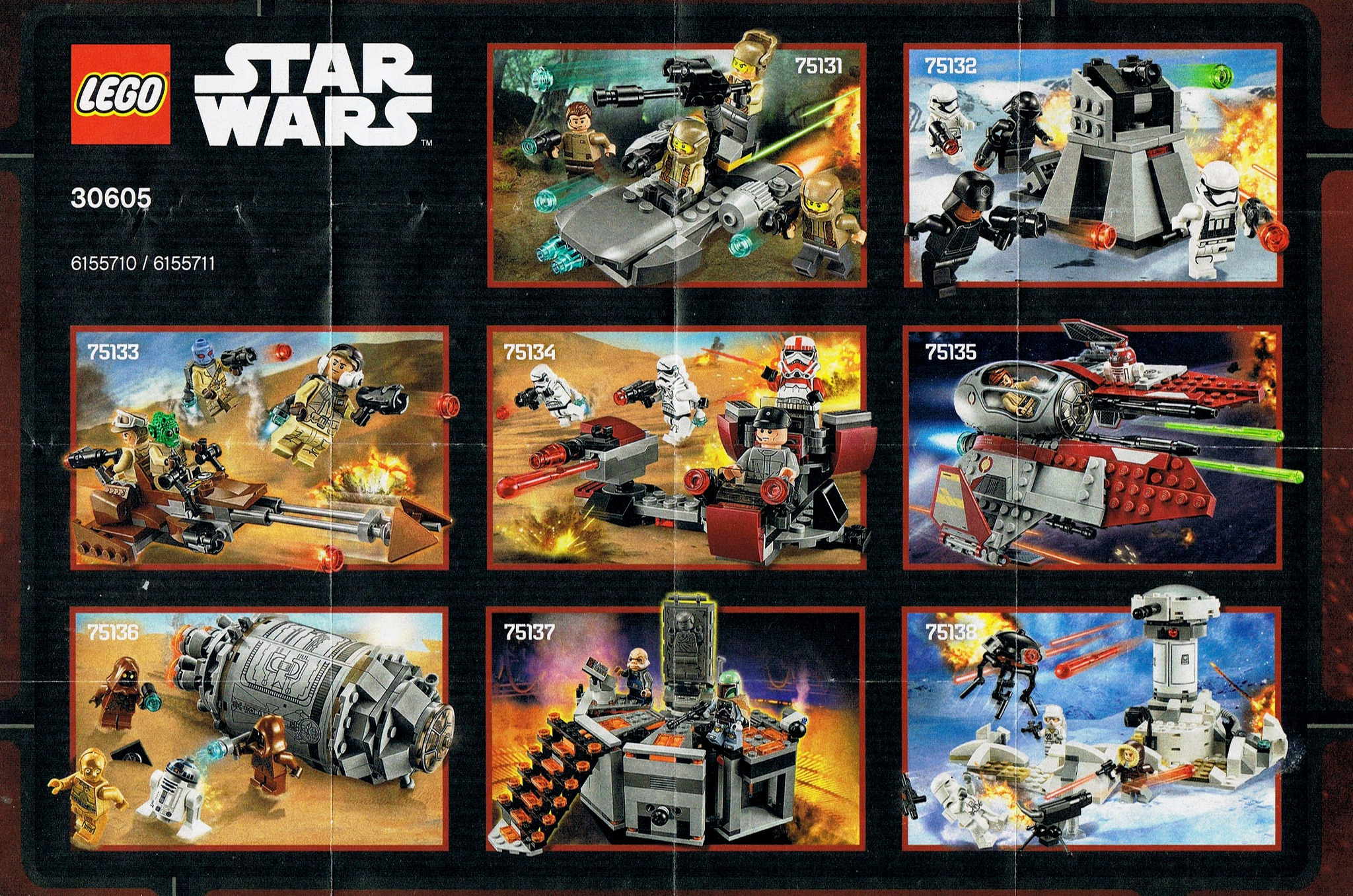 Eagle-eyed readers over at Brickset came across some pictures of a couple of new Polybags, one featuring Finn in Stormtrooper armor. A couple of days later, a copy of the Finn minifigure was found in the wild, and included an insert with pictures of the 2016 sets. Several of these we’ve already seen in leaked pictures or lists, but this is the first not-at-all-official but not-really-a-leak picture we’ve seen of the sets. The battle packs, in particular, look pretty interesting, and I look forward to torturing myself reviewing all of them next year.