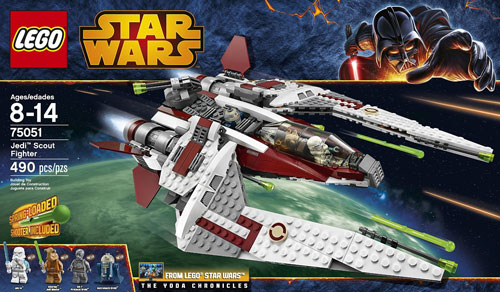 Amazon has put a bunch of LEGO Star Wars sets on sale at 20% off with a few at 24% off. The most notable deal is 75051 Jedi Scout Fighter. It’s normally $59.99 but can be had at 24% off at $45.59. Nick gave it a slightly-better-than-middle-of-the-road score in his review of the set. It’s got a great selection of minifigures though, so its got that going for it at least. The list of sets on sale is below:

Thanks to ninnymuggins for the tip.