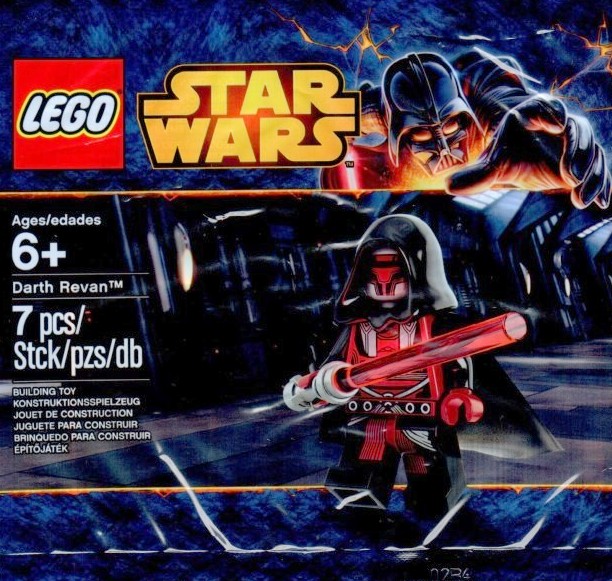 I kinda hesitated posting this only cause this had supposedly come from a source located in the Czech Republic, but earlier this morning Brickset revealed an upcoming promotional minifigure Darth Revan. He’s a strange choice for a minifig since Darth Revan hails from the game Knights of the Old Republic and doesn’t really fit into nearly defunct The Old Republic sub-theme that some of the sets draw from. But kids like “Darth” characters so there’s that.

To be honest, I wasn’t sure if it was a legitimate figure. LEGO doesn’t really have clean packaging images of polybag sets in their library, and this particular image seemed a little too clean. The horizontal lines are a little too straight. Plus, there’s a hard edge to the bottom of the hood that looks like a bad crop or the background was pasted in sloppily. Not to mention the weird pattern on the top of the hood. Still, if it’s a fake, it’s a pretty damn good fake. No word yet on (the legitimacy or) availability, but we’ll keep you informed as soon as we do know.

Thanks to everyone who wrote it in.