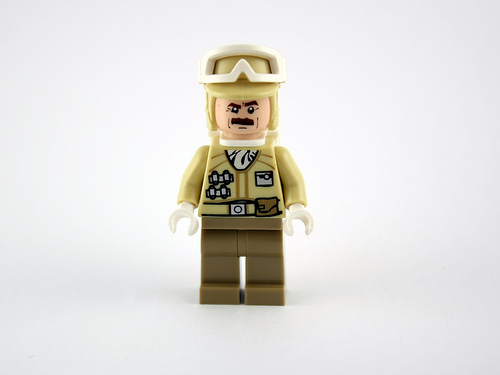 Here we are half way through our countdown and yesterday’s snow blower/laser blaster seems a little less lame now that it has someone to push it. This was my favourite guy from 8083 Rebel Trooper Battle Pack, though I’ll bet Bricklink considers this a unique figure due to the mixing of a head and torso from two different figs in that set. That face always struck me as a no nonsense, tough as nails soldier and would make a decent Thaddeus “Thunderbolt” Ross. I figure he must be the rebel equivalent of Obi-wan Kenobi and he loses his goggles so often they gave him three pairs. Big improvement over yesterday, must be the ‘stache.