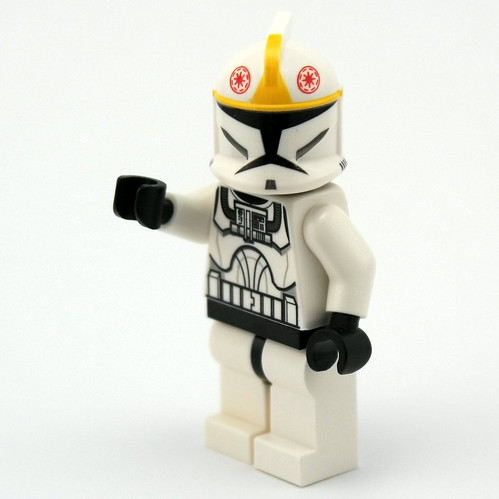 I’m starting to see a pattern forming here. Pilot Droid, Rebel Pilot, co-pilot of what is arguably one of the best known ships in the history of science fiction and now a Clone Pilot. There have been several clone pilots to choose from, so I’m not sure why this is the one they went with. Perhaps including it the day after the gunship was a way of apologizing for not including an actual pilot in the 7676 Republic Attack Gunship set. Either way it’s another fig I didn’t have and we could complain about the multitude of different troopers they could have included until the banthas come home, but I think the theme they were going for has become clear at this point.