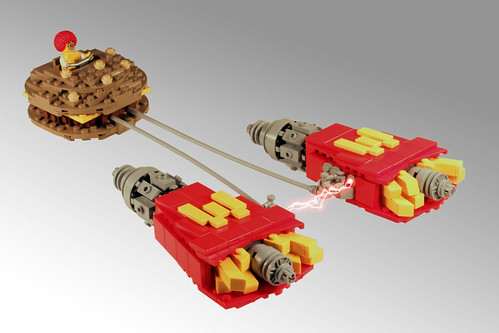 A little while ago, we hosted probably our most ambitious and whackiest contests ever, the 2011 Podracer Challenge. The contest had two winners: the fan favorite determined by popular vote and the race winner or what I like to call last man standing. Before he became a staff writer, Tommy “roguefx” Williamson took top honors as the fan favorite with his McPod racer above. One of the prizes in the prize package was a mini model of the winning podracer as a trophy. Well, Ryan was finally able to put this together in time for Brickcon to personally hand deliver it to Tommy: 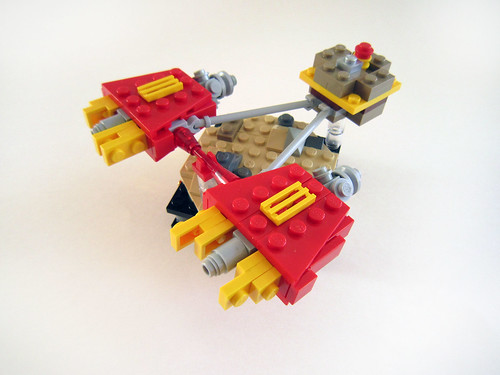 Pretty nice, huh? We may deliver prizes late, but we deliver them. We are still working on Fatyankee’s trophy and will feature it here soon.