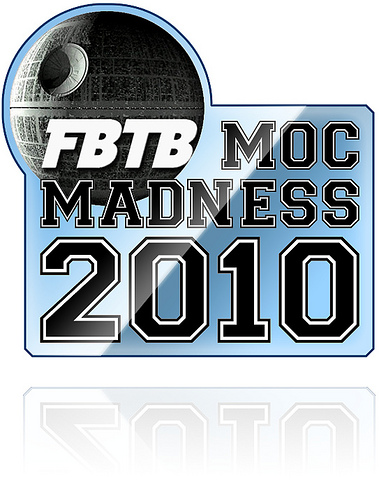 MOC Madness has come to a close, and there were so many epic entries, I decided to try something new post mortem. I’ve asked the staff to compile their favorites to highlight some of the non-winning entries and give them a piece of the spotlight. So without further ado…

My personal favorite was MinibossMike’s Mantis Starfighter. I love the look of this ship, the clean line, and the throwback feel. More than anything, it reminds me of the ships from one of my all time favorite games, the Wing Commander series, and just screams some scifi throwback look. It’s a mean ship that looks fast and deadly, and that’s important for any bounty hunter. 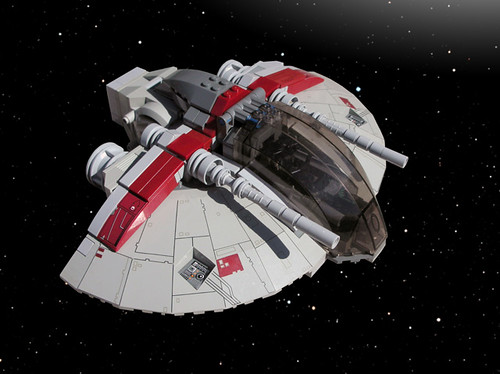 Blackicep8ntball’s Q and The Eternity

I’m partial to black w/ red highlight ships, and one with a definite SW flair is something special. Whether intentional or not, the side wings remind me of TIE interceptor wings, and the rear engines make me think of smaller versions of the Falcon’s engines turned on their sides. One of my favorite details is the Aurabesh markings on the top of the ship. It really cements that SW connection, and is a killer building feat. 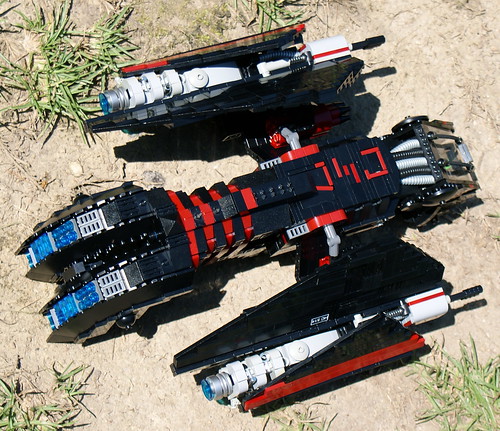 My pick goes to tso7707’s Bountymobile. There were too many really well designed starfighters to choose from, so I decided to go with one of my favorite oddballs. This little stretch of the guidelines put a smile on my face and I hoped it would at least make it into bracket play… but I guess everyone else had their serious pants on when they voted in the regionals. And to anyone complaining about it not feeling Star Warsy enough: yeah, ok, you’re right. But it’s not like this is the first time something like this has crossed over. 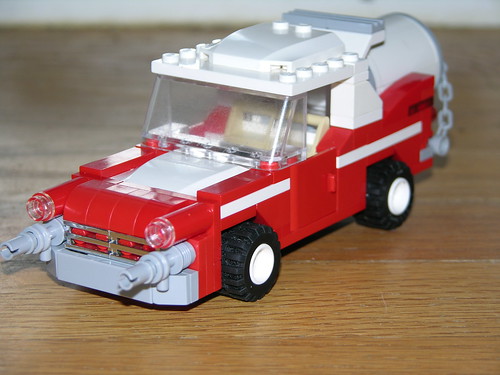 It had me at “heavily modified StarSpeeder 3000”. Without a doubt, I had to go with Fat Tony’s Vaim Glorious. Ryan’s point about The Eternity’s markings having a connection to the Star Wars universe could not be more true about Fat Tony’s ship. Since the StarSpeeder 3000 is from a Disney ride officially sanctioned Lucasfilm, it gave it a certain authenticity not many other ships could claim. Add to the fact that the ship’s hyperdrive was also built and included, it really gave the ship a Star Wars vibe unmatched by any other entry. 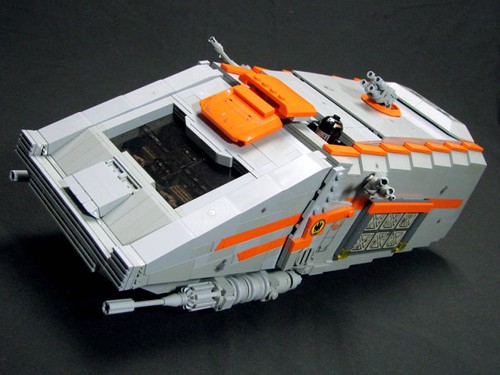 Thanks again to one and all for participating.