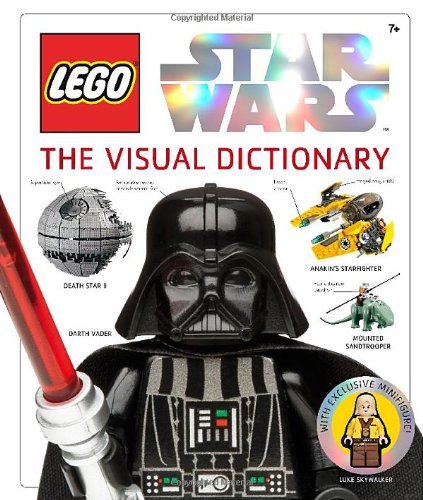 If you’re a fan of DK Publishing’s Visual Dictionary series of books, you’ll probably be interested in their newest book slated to be released September 2009. The LEGO Star Wars: The Visual Dictionary will include an exclusive LEGO Star Wars minifig. It looks a bit like a Ceremonial Medal Luke from the end of Episode IV but that is purely a guess. As soon as I can get a confirmation on the figure, I’ll post again. In any case, you can hit the image to place a pre-order through Amazon.com for the low price of $14.95 for the hardcover. In the meantime, you can join the discussion already in progress: