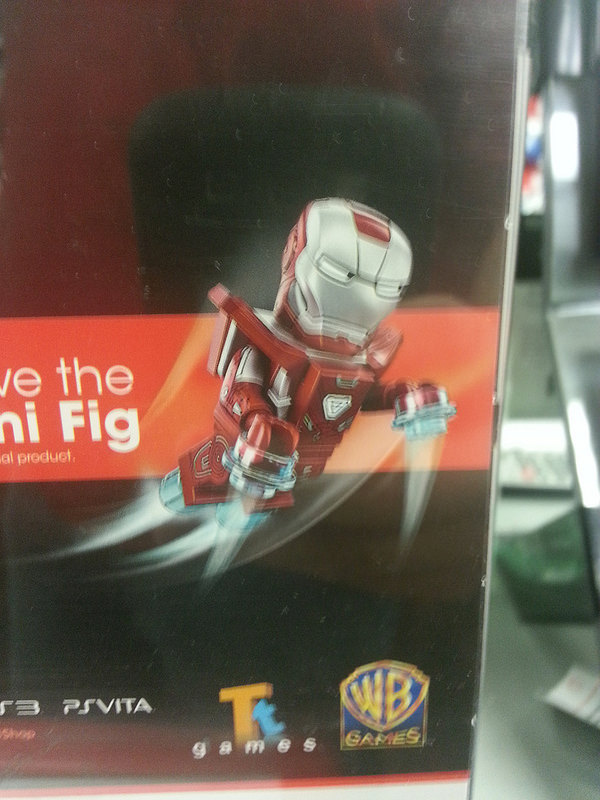 Eurobricks forum member strangely who is probably Matt Rickerd on flickr posted the above picture taken at his local GameStop. It’s an Iron Man Silver Centurion minifig! Armor that goes over the minifig! Printed tile! Side leg printing! I’m fairly certain that the side leg printing is new. He will be included as a pre-order bonus for the upcoming LEGO Marvel’s Avengers game through GameStop.

See, now this is what a promo should be: a minifigure that would be difficult to include in a normal set. And given how many armor suits Tony Stark is up to, there is a ton of options to pick from and turn into a promo fig. This is way, way better than offering an Iron Patriot figure which could have easily been included into a set given the role the suit made in Iron Man 3.

Now all LEGO and Marvel need to do is agree to release a CMF box of just Iron Man suits. And then move on to a Marvel Universe CMF series.