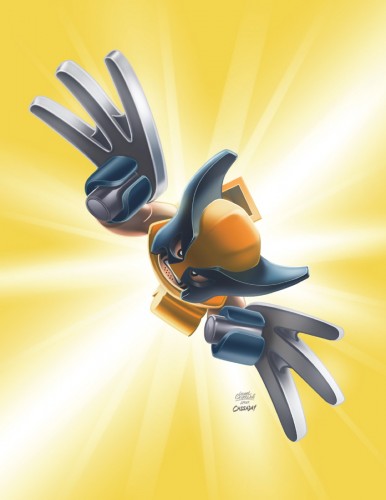 A little digging has turned up two more Marvel LEGO variant covers with Wolverine & The X-men #36 above and Marvel Universe Avengers Assemble #1 below courtesy of Newsarama & Comics Alliance respectively. Finally, we see a character that hasn’t appeared yet in minifig form. Yay, Falcon! They seem to be trickling out steadily now as September gets closer. We’ll keep you updated as they appear.