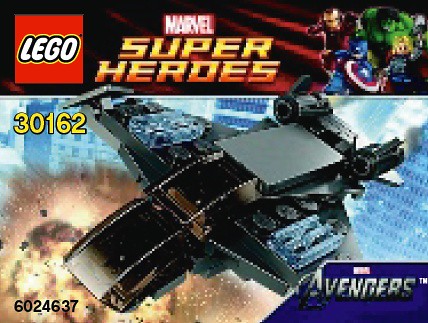 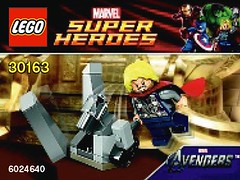 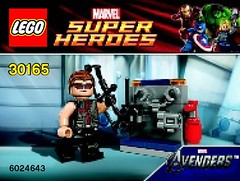 The ever vigilant Huw over at Brickset discovered three new polybags in the LEGO instructions list and with this, Marvel has pulled ahead of DC in the poly race. The images for 30162 Quinjet, 30163 Thor and the Cosmic Cube and 30165 Hawkeye with equipment aren’t the greatest due to the fact they have to be cut and copied from the small instructions page, but I for one am thankful none the less. No word yet on the availability or exclusivity of these awesome little sets and I can’t help but notice a missing number in there, but I’m sure we’ll know soon enough. Of course it’s the two characters who already appear in multiple sets which will make them even easier to get and lower their value overall, but no complaints here! The Hawkeye print is generic enough to be reused fairly easily and Thor is just awesome. I expect to see a proper Thor Corps put together in no time.