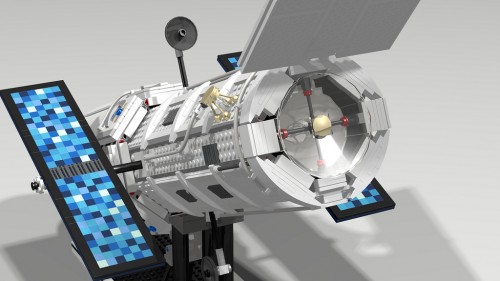 Coming in just before the review period deadline, The Hubble Space Telescope by Gabriel Russo had a surge of support during the final day to reach the required 10,000 supporters for the May-August review cycle. The model looks massive but considering what the subject matter is, it does seem appropriate that it should be a large model.

Looking at the field of contenders, I honestly think the Hubble Space Telescope and WALL•E have the best chances. Here’s hoping they both make it through to product phase.