On Instagram yesterday, LEGO revealed some fantastic-looking minifigures for the upcoming Harry Potter CMF line. Here they are: 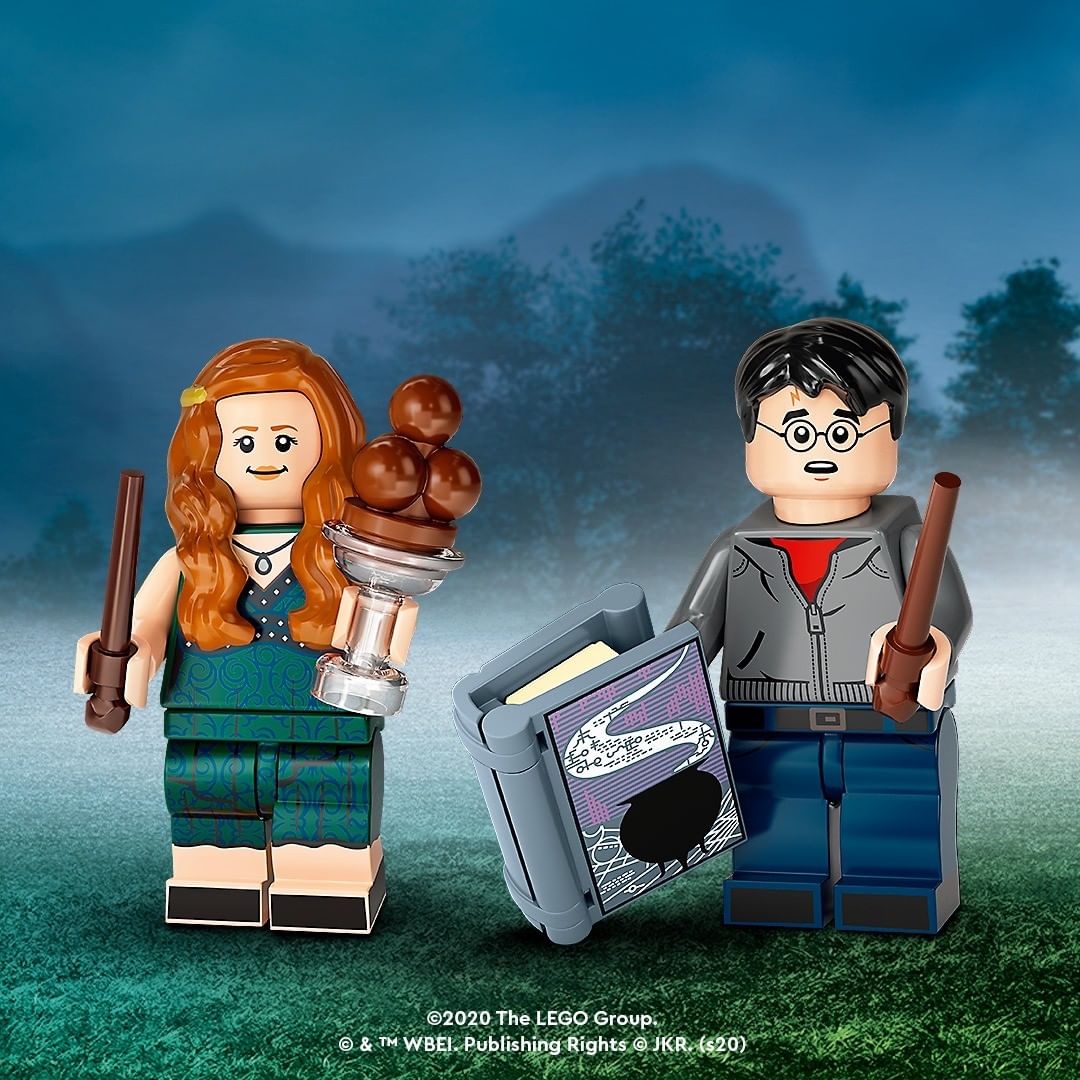 Ginny is holding chocolate ice cream from the Slug Club party. Harry is holding the Advanced Potion-Making book. I have no idea why they would post Harry like that. It makes his head look unnaturally shaped. Every other minifigure revealed looks like the actual figure and this one looks like a photoshop job that makes him look super terrible (except for Moaning Myrtle, she suffers in the same way). 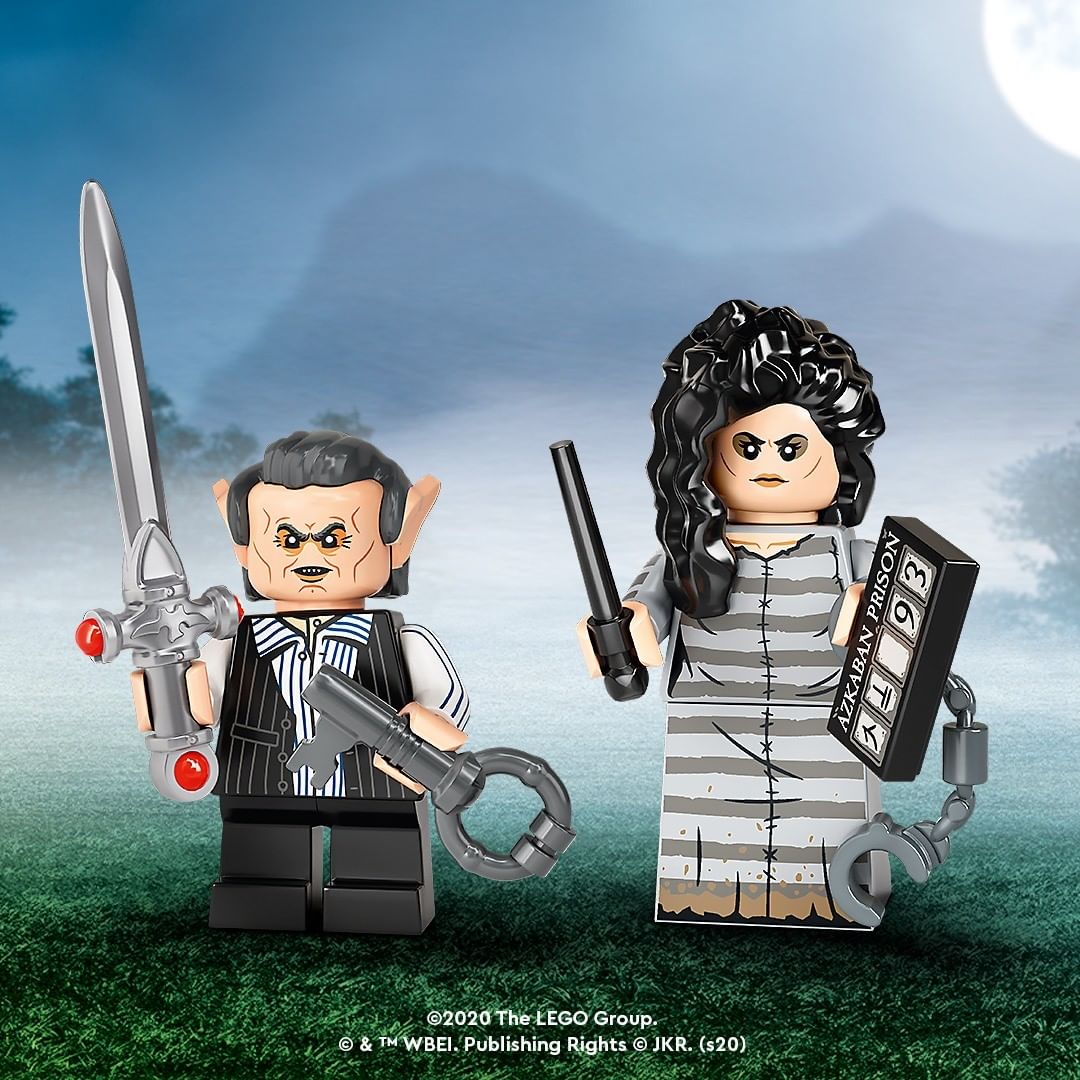 Griphook comes with the Sword of Gryffindor and a vault key. Azkaban Bellatrix comes with a spiffy new face, enchanted handcuffs, and a prison identification slate. 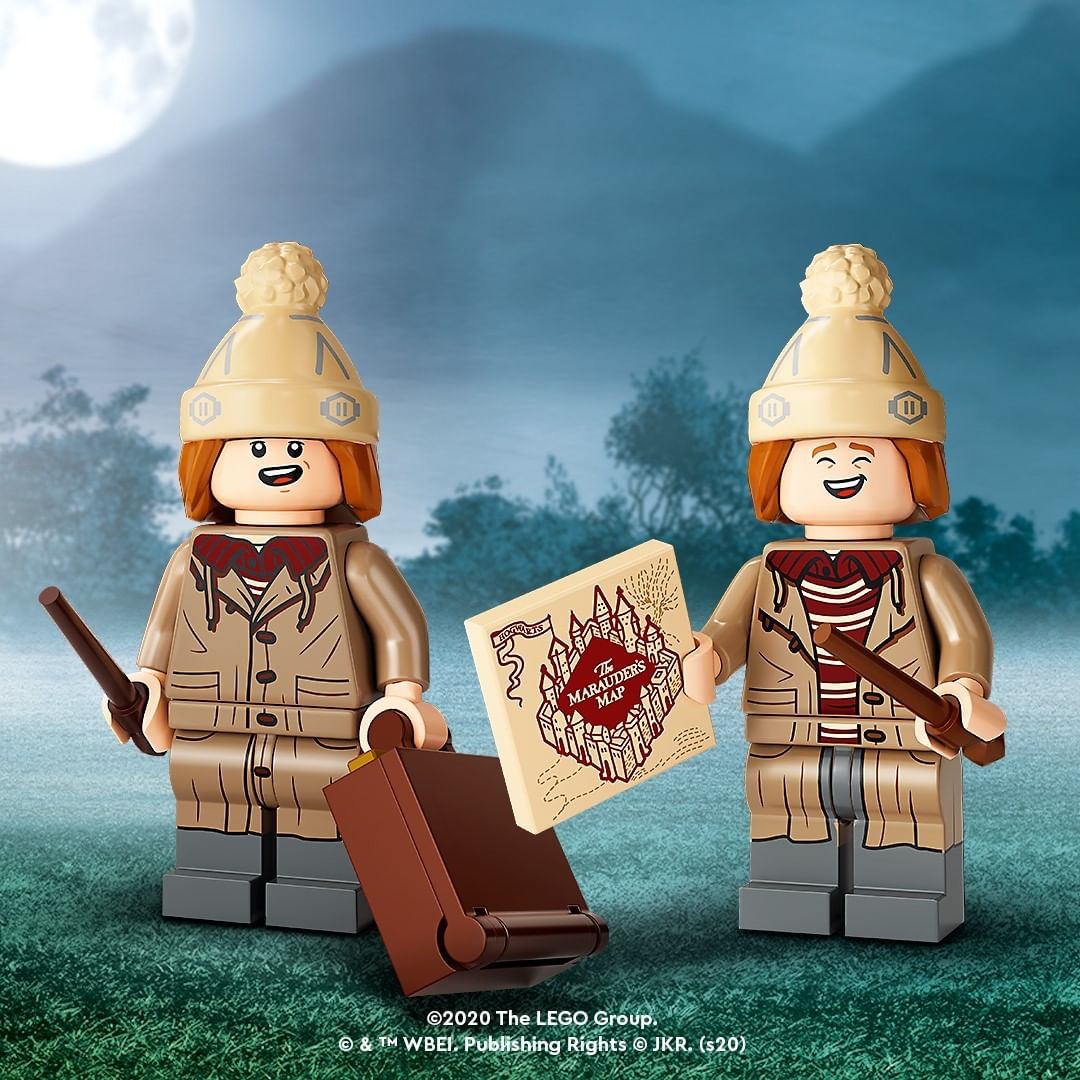 The Weasley Twins come with the Marauder’s Map and a suitecase. 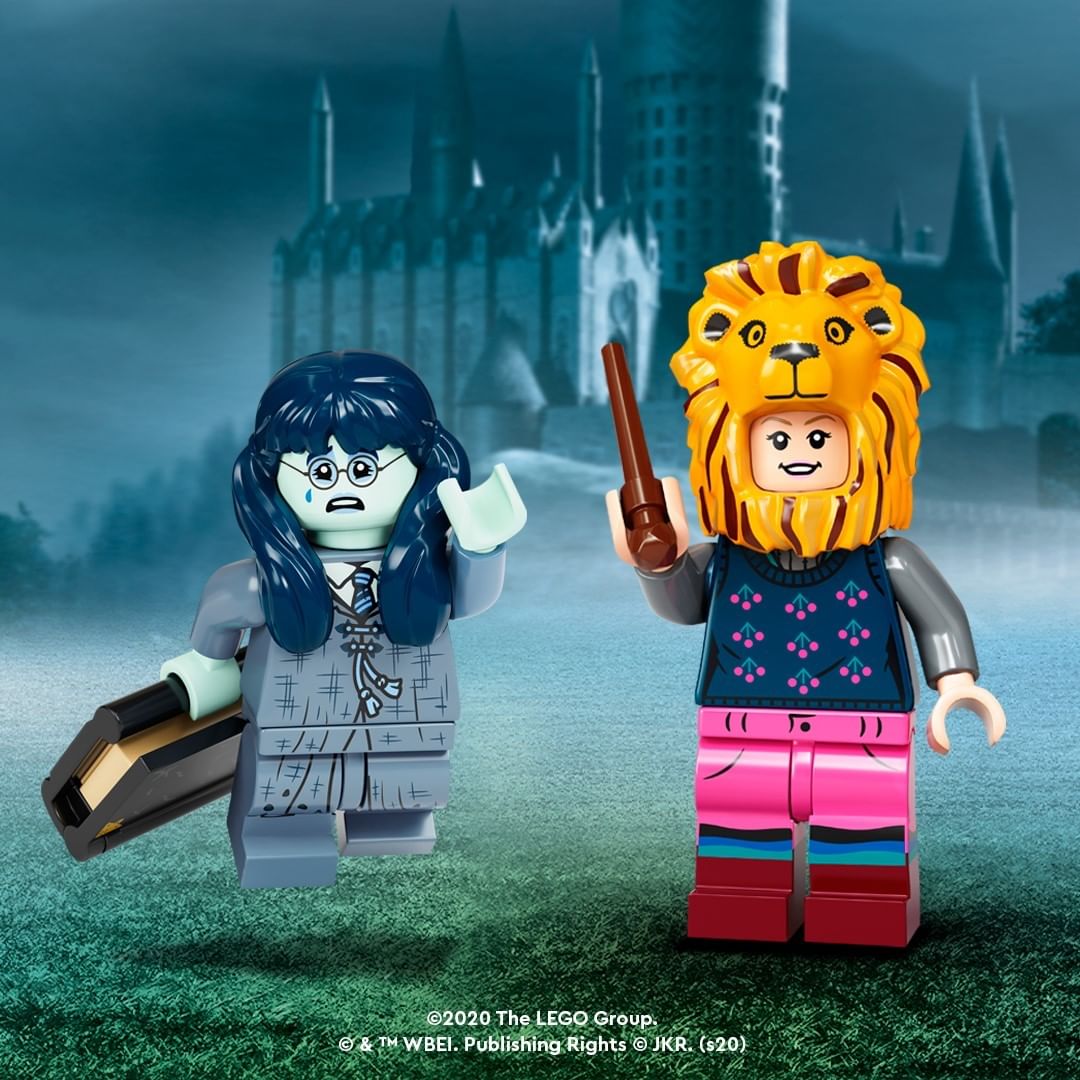 Moaning Myrtle is carrying Tom Riddle’s Diary and Luna is wearing her enchanted lion head. Lionhead should officially be her middle name. Luna Lionhead Lovegood has such a good cadence to it. 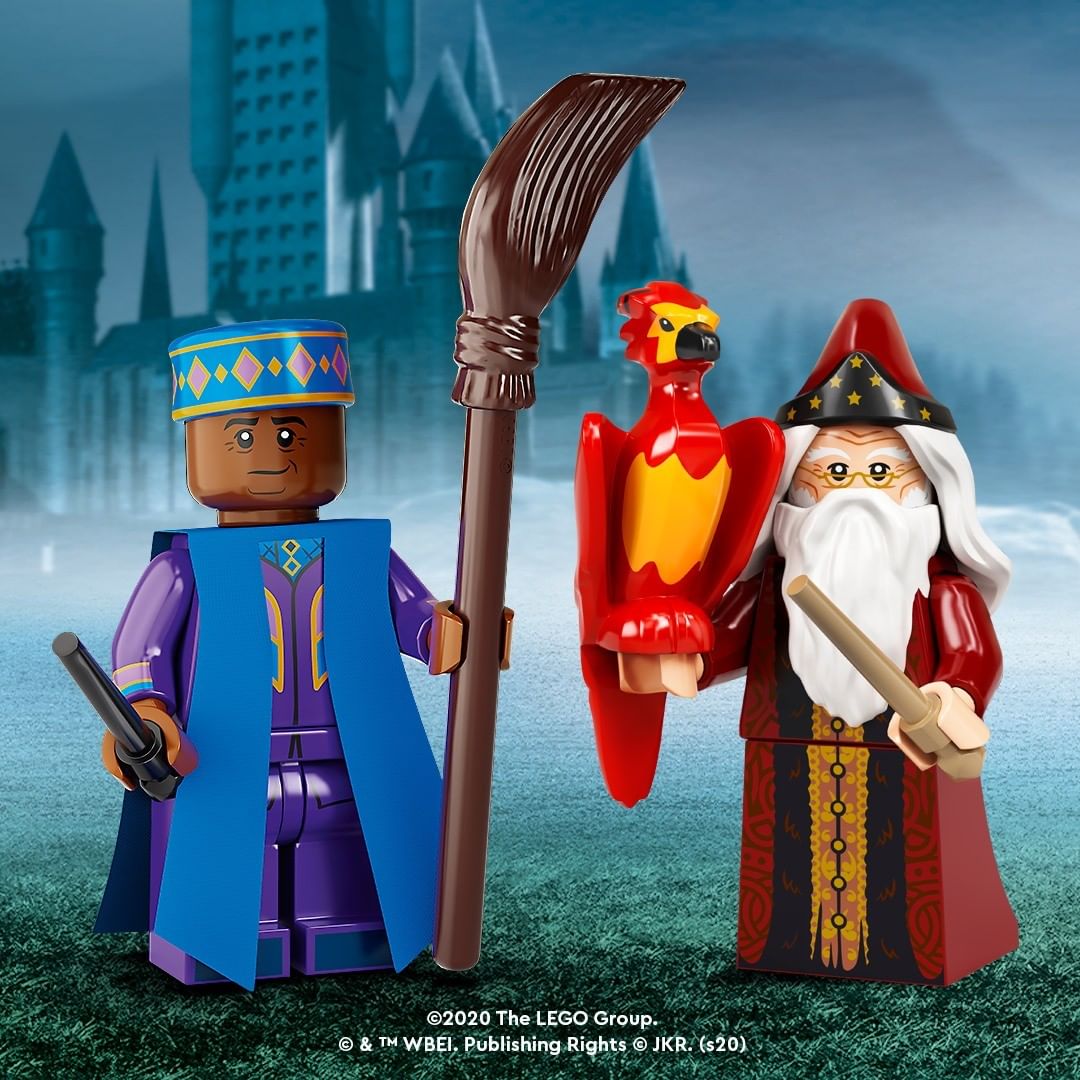 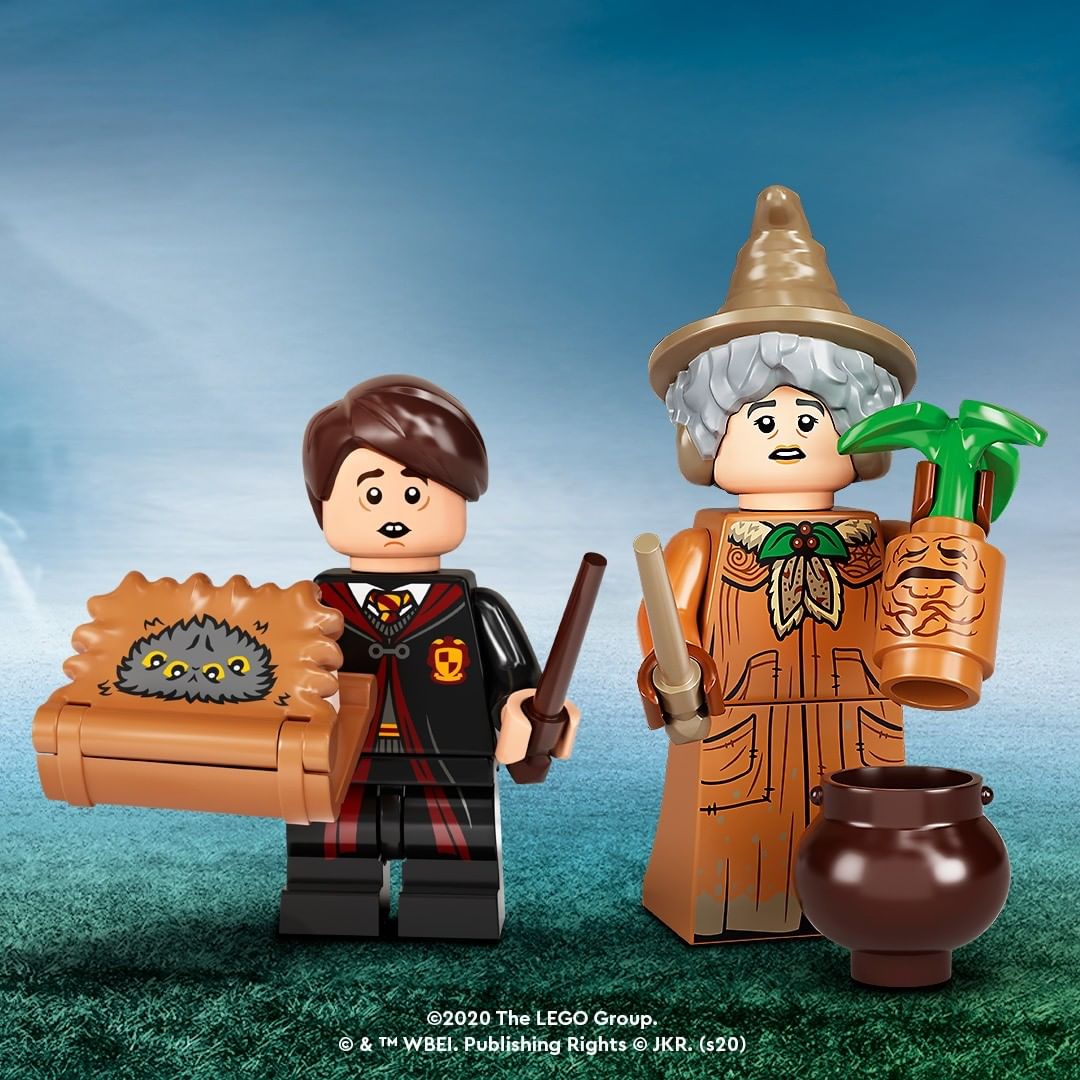 Neville comes with the Monster Book of Monsters. Professor Sprout is repotting a mandrake. 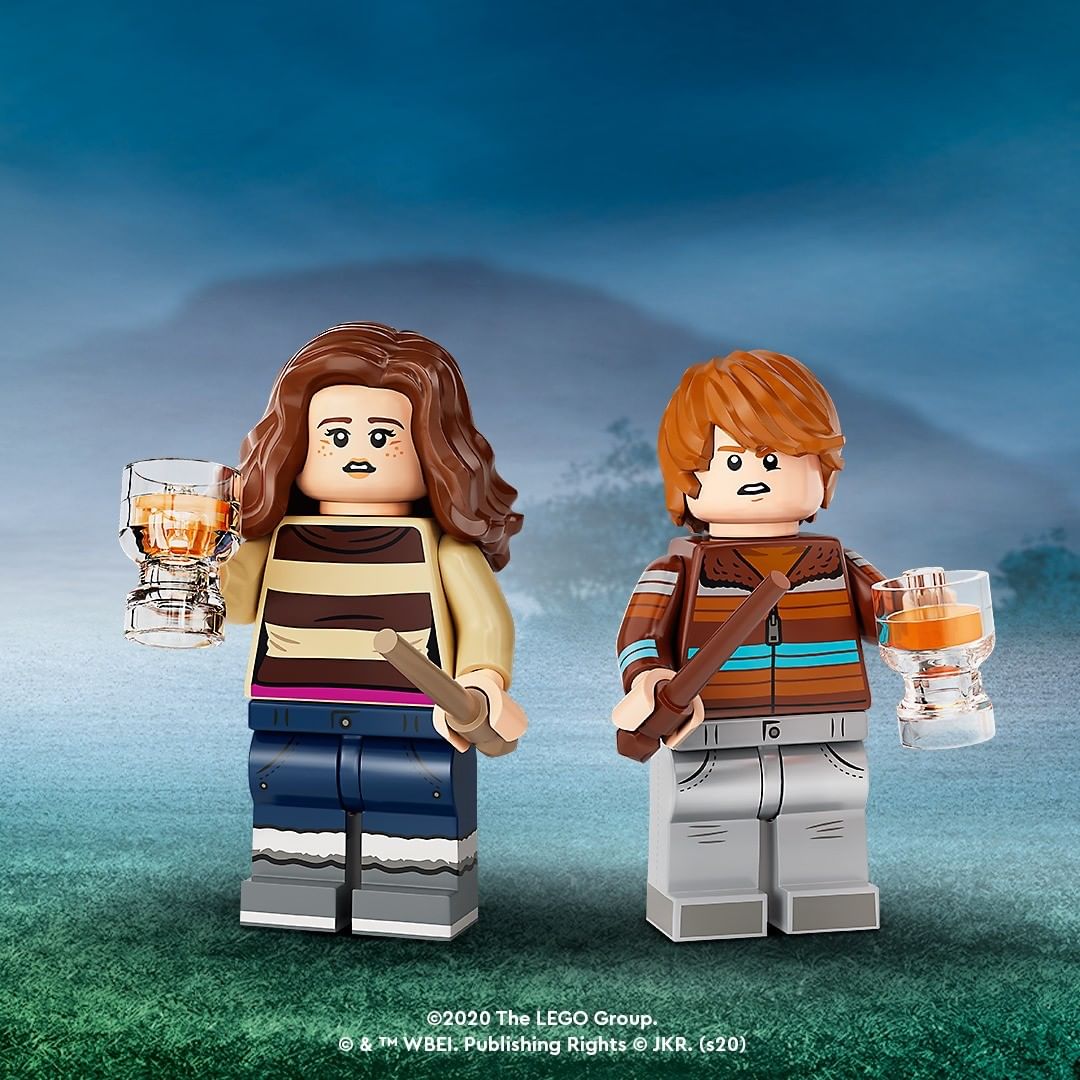 Hermione and Ron are wearing their Three Broomsticks outfits and about to take a sip of butter beer.

Where are James Potter and Lily Evans Potter?

These were the two they didn’t highlight individually, which is kind of dumb, because a) they’re in the main group shot up top, b) it’s not a big secret that they’re in the set, and c) it’s not a big secret who Harry’s parents are. It could be that they’ll be the hard-to-get figures, maybe 1 each per box? I would seriously hate for this to be true. This is just a theory of mine but I can’t fathom why they wouldn’t include them in the social media push other than just the composite image. 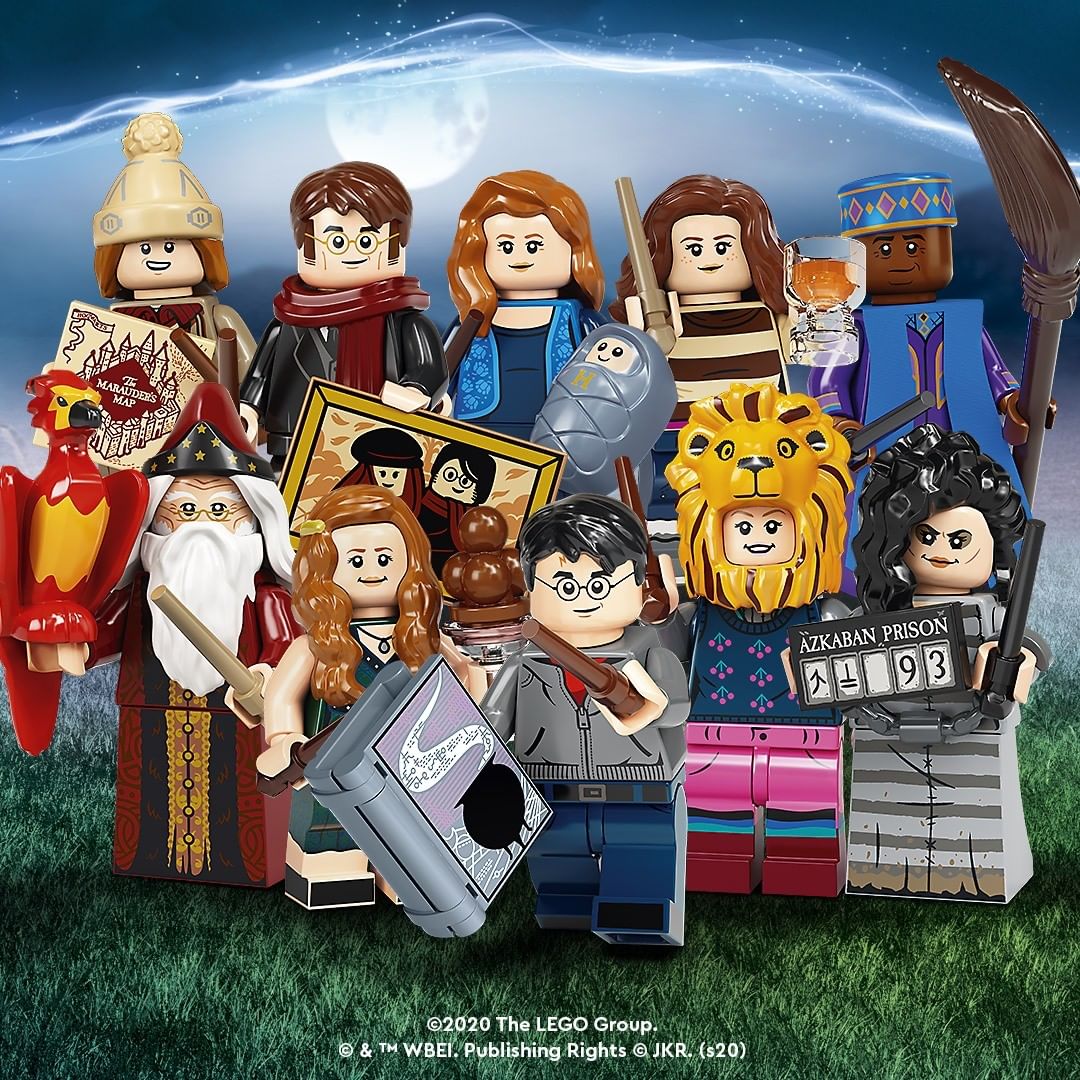 They should be available soonish. I’m gonna take a wild guess and say September 1, along with all of the other HP stuff.

Thanks to our discord channel residents and extra big thanks to my 10-year-old Harry Potter-loving nerd daughter for filling in the blanks.