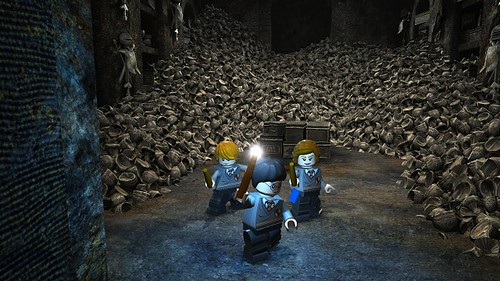 Ron Weasley also gets a new skill, the ability to open joke boxes left around the game by his brothers. Inside players will find helpful tools, like an instant swamp, fireworks or a pair of shoes that allow him to walk up walls. If someone other than Ron tried to open a joke box they’ll get punched in the face with a giant boxing glove.

Punched in the face with a giant boxing glove. Awesome.

LEGO Harry Potter: Years 5-7 comes out on November 15, 2011, just in time for the holidays. Preorder your copy from Amazon today!

We’ll be reviewing the game once it’s out and will have a review done for Years 1-4 soon.