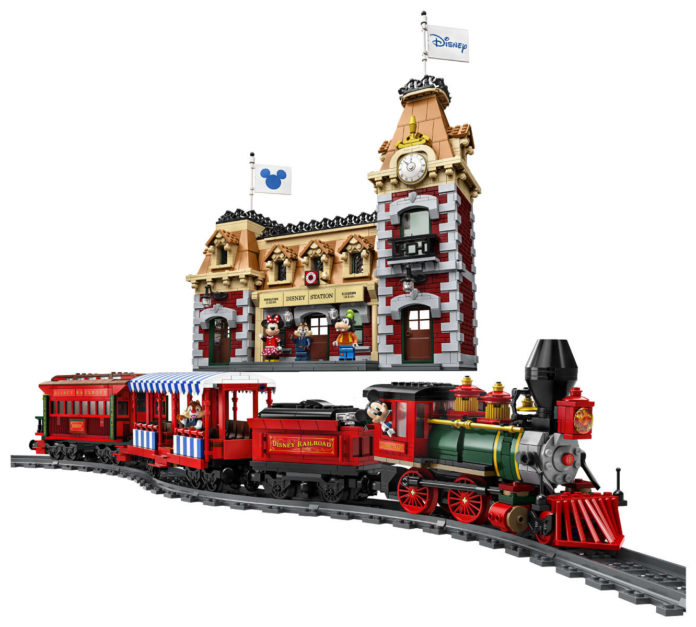 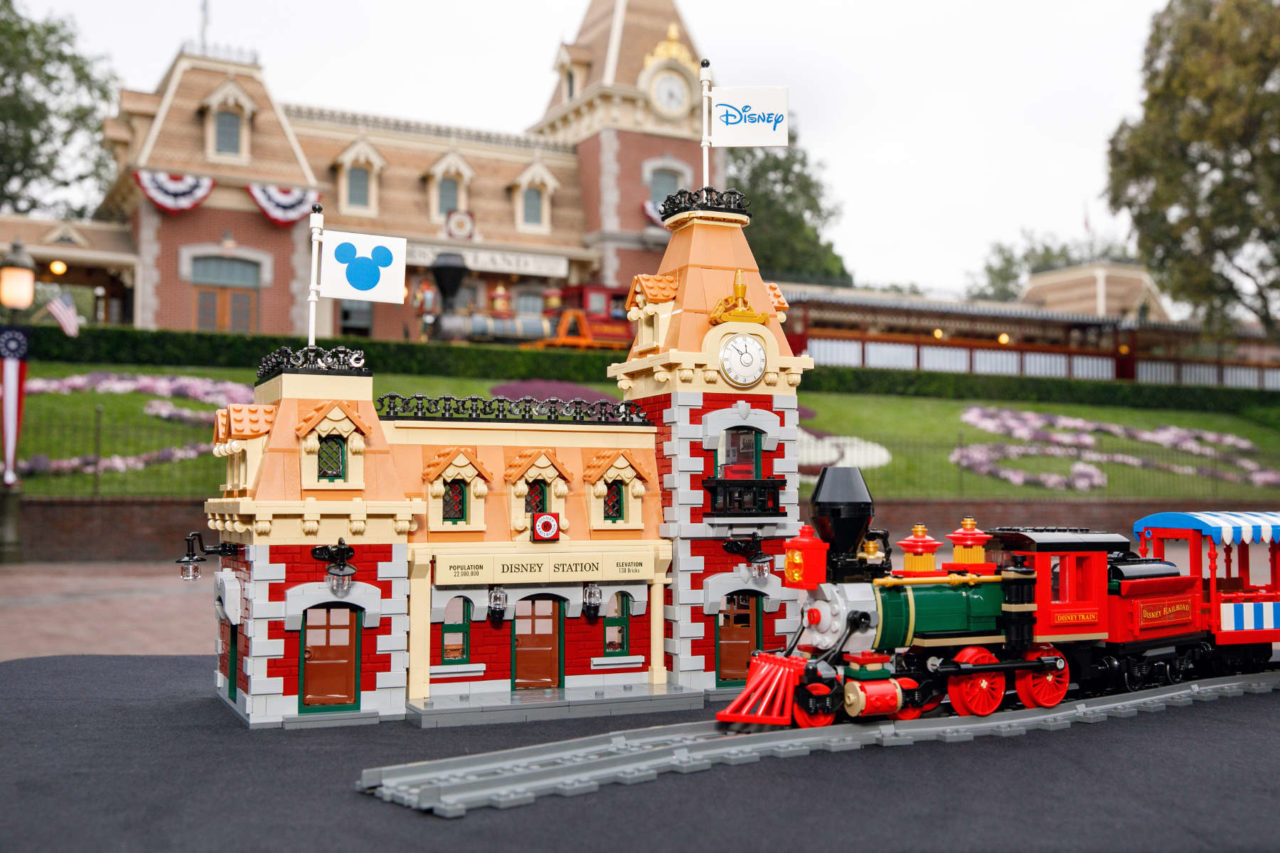 The set faithfully recreates the train station you see as you enter Disneyland Park and the passenger train that takes guests around the perimeter. If there was any real life train that lends itself to LEGO as a medium, this would be it; uou’d be hard pressed to find a better example.

I guess this is a theme now? Disneyland Park attractions? First there was the castle set, which I imagine a lot of you out there right now are thinking, “Oh is that still available? Maybe I should get it before it’s discontinued.” Well, good (or bad) news, it is. But let’s say you already own the castle because of the delicious Disney minifigs. Well, be prepared to dish out the money for this set because this one has all new ones: Mickey Mouse in conductor overalls, Minnie Mouse in a red dress with what I believe to be a cloth skirt, Chip & Dale in ticket taker uniforms, and finally a Goofy minifigure.

A Disney sub-sub-them probably isn’t the worst idea. I mean, there already is a theme park sub theme going on in the Creator Expert line with the ferris wheel, carousel, and roller coaster. You could sprinkle in a couple of Disney-flavored rides in between. 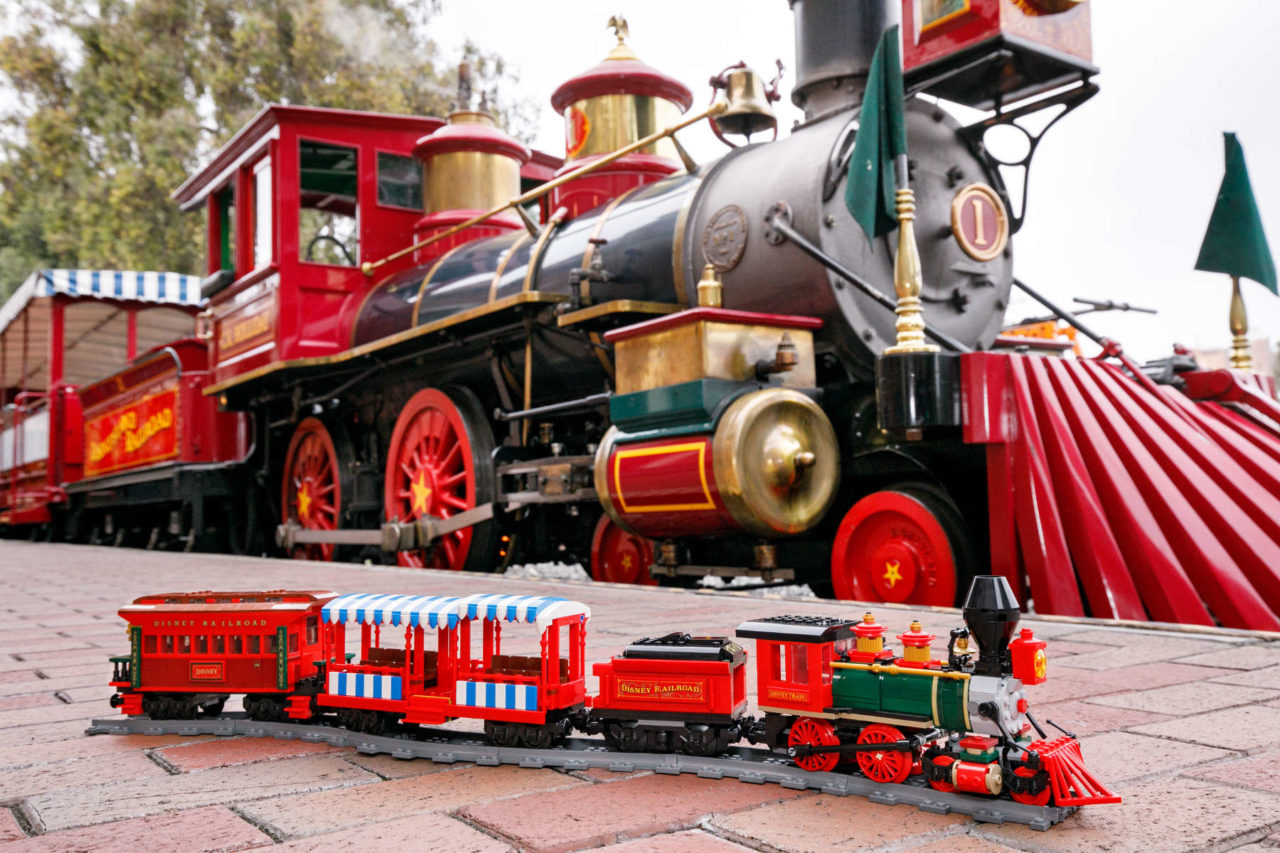 What I wouldn’t give for a Star Tours Starspeeder 1000.

Celebrate the magic with the LEGOÂ® Ç€ Disney Train and Station!

Gather the family for a rewarding build and play experience with the LEGOÂ® Ç€ Disney 71044 Train and Station. Kids will love to join Disney characters Mickey Mouse, Minnie Mouse, Chip, Dale and Goofy for magical adventures with this awesome LEGO train set, featuring a motorized steam-style locomotive with tender, passenger car and a luxurious parlor car, plus an oval track and an iconic Disney ParksÂ®-style station building. This set comes with an array of cool details, including app-controlled functionality. Use a smart phone or tablet to drive the locomotive forward, reverse and emit realistic sound effects. Joining up the train cars is simple with the magnetic LEGO couplings, and the panels on the parlor car open for access to its detailed interior complete with table, armchairs, teapot and cup. And the fun doesnâ€™t end there! Inside the toy train station building thereâ€™s an array of intricate brick-built furnishings and details, including draped windows, wall clock, ceiling chandelier and a tower room with a little LEGO surprise! 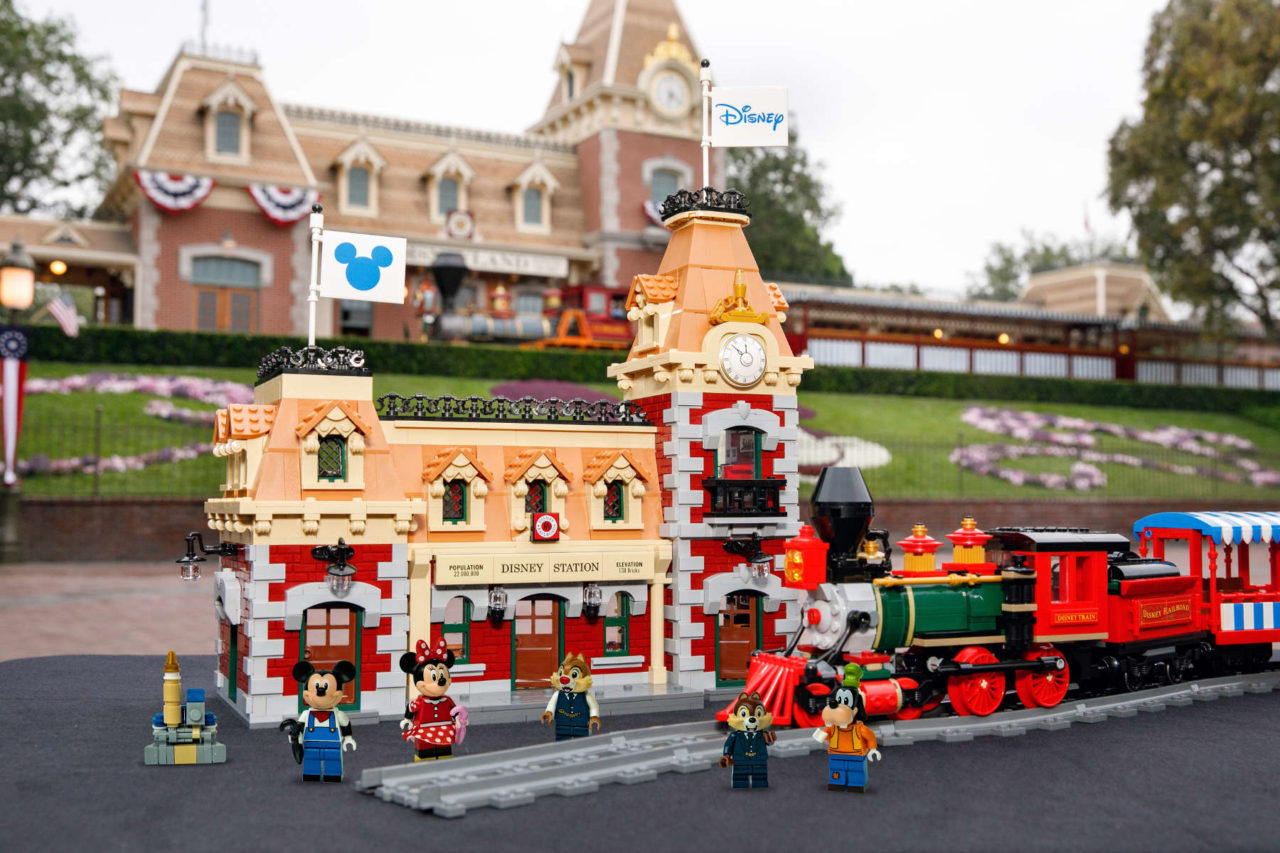