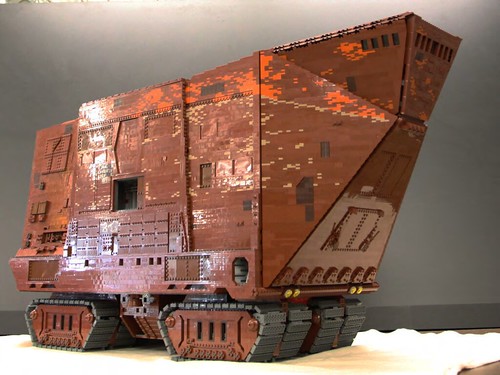 The Opee Sea Killer isn’t the only thing that’s new at miniland at LEGOLAND California. And what’s with the name “Opee Sea Killer” anyway? Does it kill the Opee Sea? Or is it an Opee that happens to kill seas? That doesn’t make any sense. That would be like demolishing the house you live in while living in it.

ANYWAYS, like I was saying, the Opee Sea Killer isn’t the only new thing at Star Wars Miniland making it’s debut this weekend. There is also this absolutely gorgeous miniland-scale Sandcrawler designed and built by Master Model Builder Erik Varszegi. The model has over 15,000 elements and weighs over 50 lbs. Rob Hendrix of Lifelites lent his modding expertise to light it up. From Rob:

There are two more models debuting this weekend. The Ion cannon on the Hoth layout is all new, and “a towering Crystal City building in Christophsis.” There’s no picture of the tower, but the Ion cannon is below. 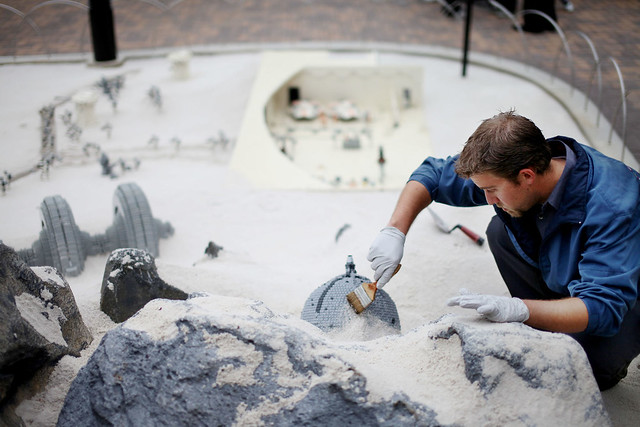 And lastly, I sent an email out to everyone who’s volunteered for the weekend. If you’re bringing a model in person and haven’t heard from me any details on how to set up, email me immediately and I’ll get back to you.