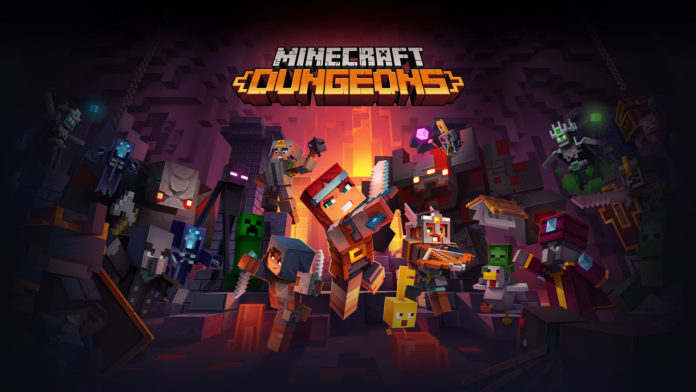 Two weeks ago, I wouldnâ€™t have thought Iâ€™d be here. Not only playing through the entirety of Minecraft Dungeons, but reviewing it, too? â€œThatâ€™s crazy, Eric!â€ Iâ€™d say. But Iâ€™d be wrong. Because here I am. About to write something I didnâ€™t think I ever would.

Iâ€™ve been playing Minecraft since 2011-ish, and to say it was a large part of my growing up is no overstatement. It was what Iâ€™d play after school, and on weekends. I met some really good friends through the game and community, some I still play with to this day. Minecraft, like Lego, though it may be marketed towards a younger market, has always been one of those products that you get what you put into it. There have been some genuinely impressive creations in Minecraft, both in terms of detail or scale, and Iâ€™m sure all of you reading can think of a few youâ€™ve seen.

But when Microsoft announced Minecraft Dungeons in 2018, I only thought â€œokay, weirdâ€. A Diablo-style CRPG-lite with a Minecraft skin? Definitely a strange crossover, and one I wasnâ€™t particularly interested in. But, when it launched a couple of days ago, due to Xbox Game Pass on PC, I decided to give it a try.Â 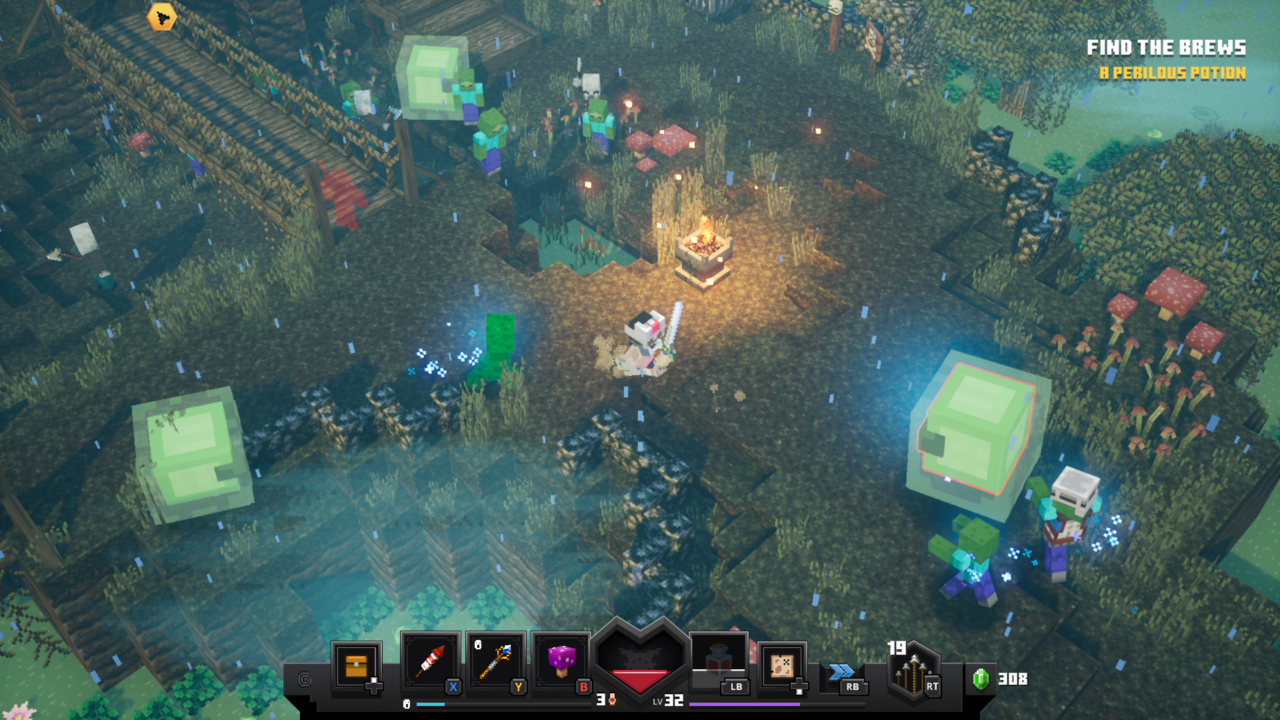 Compared to Diablo, or Baldurâ€™s Gate, or Divinity: Original Sin, Minecraft Dungeons is extraordinarily simple. You have a basic attack, a bow attack, and three abilities (called artifacts). You have a ton of options for all five slots, and you can get really different results. I played through with my buddy, and he made a speed class, where he used the synergy between different items and weapons to build up speed and rocket through the levels. I, on the other hand, went a bit more offense-focused, with damage-boosting tools to destroy the hordes of mobs the game throws at you.

Because, wow, this game can get surprisingly tough. There are three difficulties: default, adventure, and apocalypse, and six difficulty ranges within each. With a higher difficulty, there are more mobs, they can tank more damage, and they really put the hurt on the player. There are moments when youâ€™re fighting 50+ mobs at once, and itâ€™s a battle for survival.

Itâ€™s a good thing, then, that you get so many options. Thereâ€™s a ton of different weapons, along with randomized enchantments for each, so each treasure you find can completely change your build around. I started with a DPS sickle weapon, hoping to slice through the mobs, but I found a fantastic two-handed sword that Iâ€™m still using. Thereâ€™s 11 weapon classes, and each plays completely different. Bows and crossbows also have that same customizability. 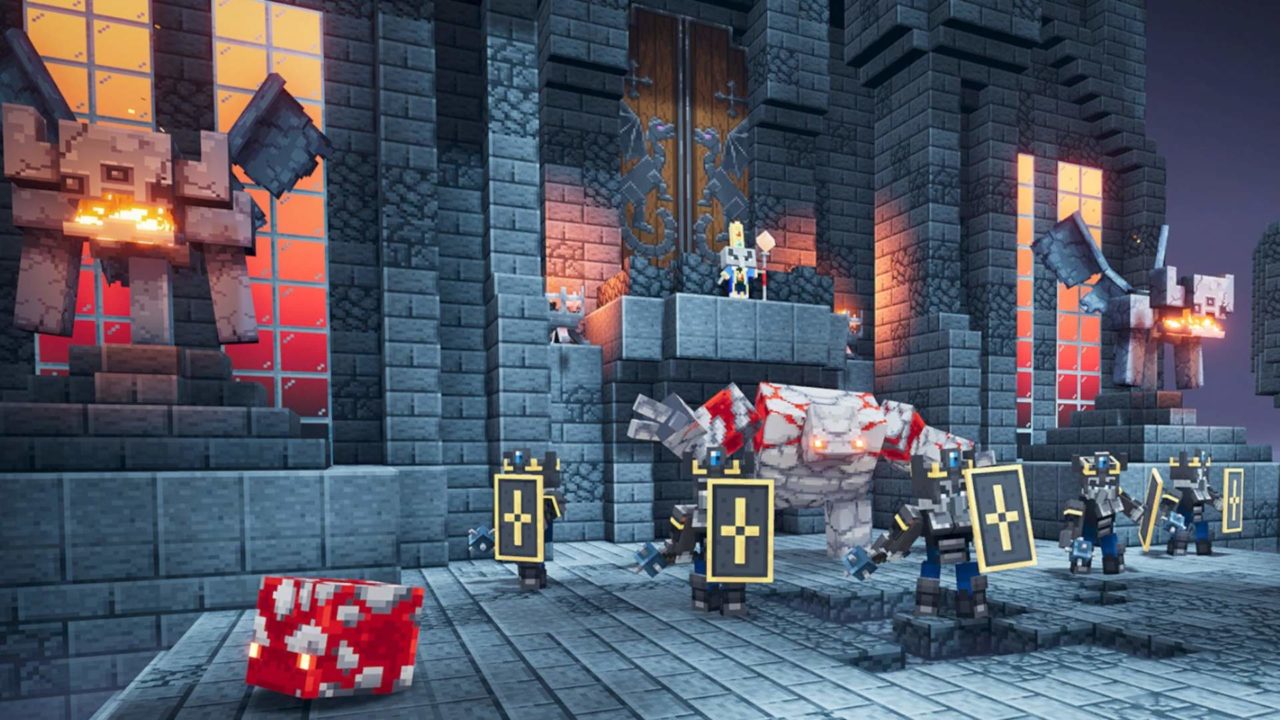 Throughout the ten levels, youâ€™ll fight basic Minecraft mobs like creepers and zombies, and new monsters, like giant Redstone Golems or Pharoah-like necromancers. The diversity here is really commendable, and there are many classes of mobs, some which are pure fodder, others which are legitimately dangerous in a one-on-one fight.

That doesnâ€™t even mention the bosses. Thereâ€™s only a few of them, but each one has its own challenges, and surprisingly challenges not only your HP / skills but your movement, speed, and timing. Each boss is a great culmination of the levels. 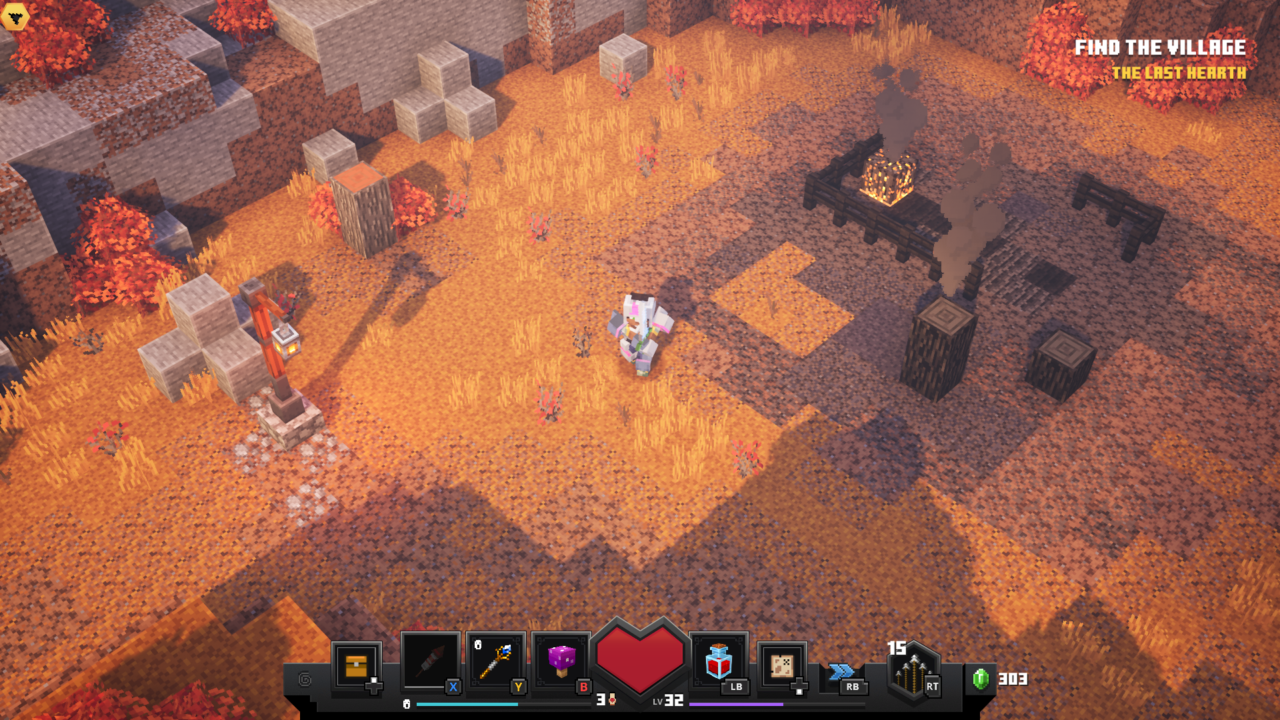 And the levels themselves are fantastic. A huge range of environments, and the layout of each is randomized slightly, so replaying a level wonâ€™t be exactly the same. Itâ€™s a really nice touch, and it calls to the seed-based generation of Minecraft worlds.

Graphically, the game looks great. Iâ€™m not a fan of the somewhat ostentatious Minecraft shaders, and I generally prefer the basic look of the game. However, the lighting in this game is subtle enough to give the game that extra bit of life. I wouldnâ€™t hate if Minecraft eventually updated to look similar to this game.

There are a few negatives, though I see them more as my preferences than a fault of the game. I love getting deep into CRPGs or even just JRPGs and having a full inventory and a ton of options. Minecraft Dungeons discourages this, as the enchantment points you spend on one weapon canâ€™t be retrieved without destroying the weapon. So, did you find a cool sword and you want to try it out? Youâ€™ve got to destroy your axe in that case. Hope you didnâ€™t like it too much. I wish there was a way to recycle points.

This impermanence bleeds through every facet of Minecraft Dungeonsâ€™ inventory and shop system. Buying items is completely random: you spend a certain amount of emeralds to get either a weapon / armor or an artifact. There are no guarantees, and I sold so much of what I got (for a fraction of what I paid). I would have preferred having a shop with vastly increased prices, but being able to actually pick out the items I want.Â

Alongside that, being able to buy arrows would be super helpful. You start each level with 40 arrows, and you collect 50 or so each level. Considering how absolutely useful the bow is, you tend to burn through arrows fast. Iâ€™d love to keep up a solid stock in my inventory.

And, since I played with a friend, getting to trade items between us would be a great addition. Iâ€™m sure thereâ€™s some restriction in the code against this, since each player collects items the other canâ€™t see, but it feels more useful to give an axe to my friend that he wants than to just turn it into a small sum of emeralds.

Maybe thatâ€™s just what the kids are into nowadays – quick pick up and play sessions. Iâ€™ve been playing Sea of Thieves, another Microsoft Exclusive, that has that similar feel. Iâ€™m not in love with that idea, but I guess this is just the beginning of becoming an old man.

Mojang has announced two DLCs for the game – Jungle Awakens and Creeping Winter. Adding Jungle and Winter biomes, new enemies and bosses, as well as weapons, might be worth a return visit. The first DLC drops later this month.

I strongly recommend picking up Minecraft Dungeons if you like A.) Minecraft, B.) CRPGs or JRPGs, or C.) just having a chill time. After all, itâ€™s only $20. Seriously a bargain. You can grab it now on Xbox One, PC, or Nintendo Switch.