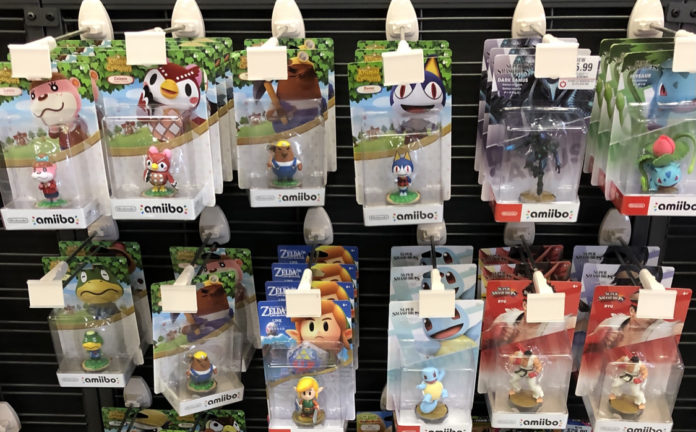 A lot of products on the market today, such as all Toys-to-Life products, use NFC, near-field communication technology -Â  or basically just a little receiver antenna that reacts to a radio signal to transfer information over short distances. Tons of stuff use tech like that, like contactless cards, security keys, etc. It’s popular because it’s cheap to make, like say this pack of 50 you can get for under $20 on Amazon.

What’s really cool about those tags is that you already own the tools you need to make use of them in pretty easy ways: your smartphone. Since iOS 13, and with an iPhone 7 or newer, you can write your own NFC tags using an app and a phone. On the Android side, support has been around longer on higher-end devices, but you’ll have to check on the individual phone to make sure it supports them. Any phone made in the last few years should have the support, though, as NFC is ubiquitous at this point.

I’ve got an iPhone, so most of my instructions are going to be with that, but there are a lot of great applications available on the App Store and Play Store for writing NFC tags. I’m going to select one totally at random… called… placiibo. It’s an app that takes binary files that you have backed up from your own amiibos, I’m certain, and not looked on places like Reddit or Google to find reputable copies of the files, and lets you write them to these temporary tags. And if you were to do something crazy like that, you take the risk of downloading things on the internet, so maybe, you know… be careful when you’re not doing that.

It takes a little bit of extra step, as you have to put the files somewhere, like iCloud, Dropbox, etc., but once you have them, you can write them to a tag. Then, instead of dragging out your amiibo files, like the only Zelda one that I kept from my collection for Skyward Sword, you can just write it to a tag instead. You write with the phone, and viola! A perfectly useable tag that works with any amiibo game console.

Totally unrelated to the content above… there’s a new $25 amiibo coming out for Skyward Sword. It’s also the only amiibo the game is going to support. Said amiibo will also lock the good fast travel system behind owning the amiibo, effectively slicing off a part of the game and putting it behind a $25 Day-one DLC.

Don’t worry though, because the amiibo is already sold out, so you can’t get it anyway.