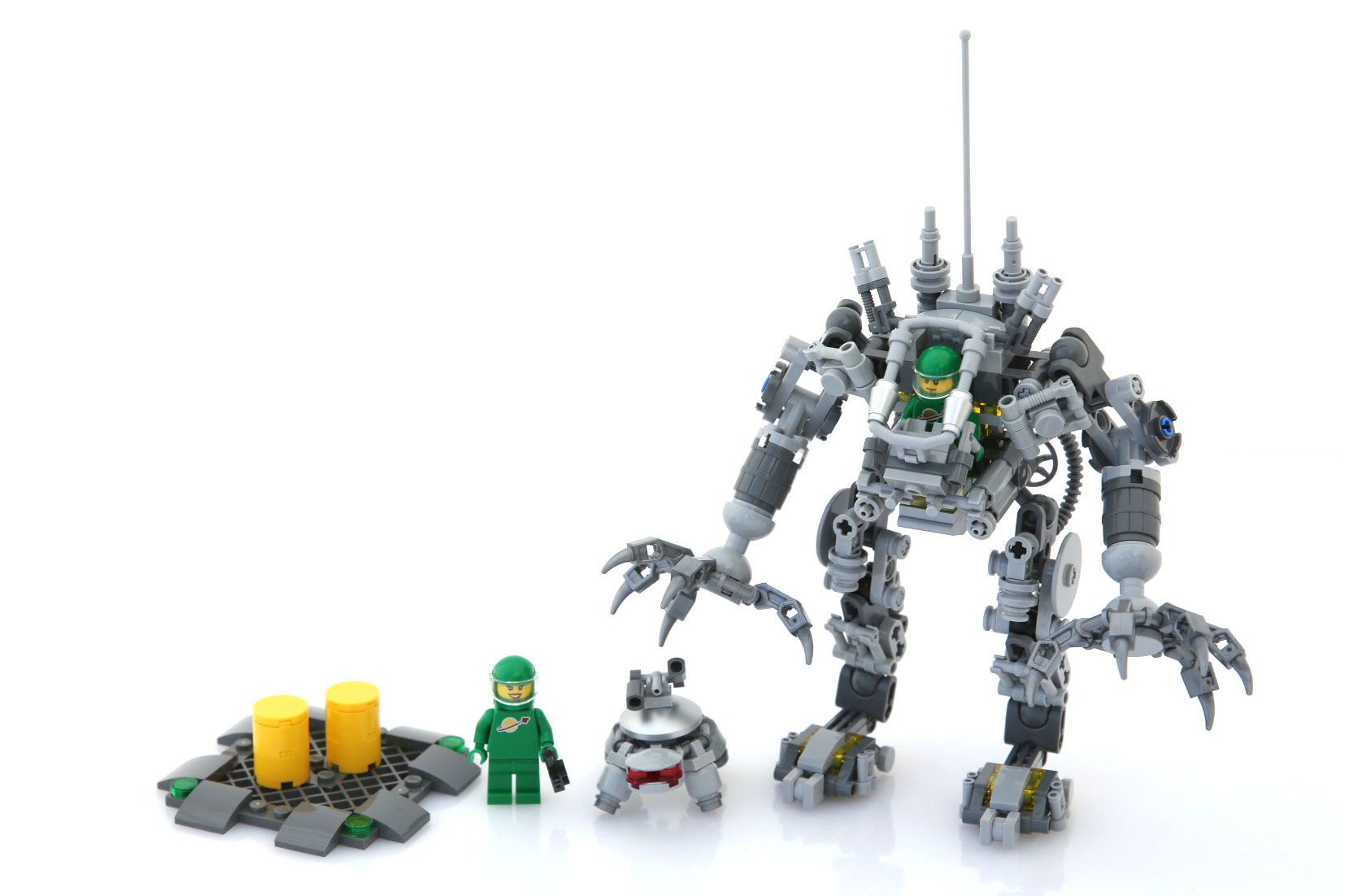 I received my review copy of the latest LEGO Ideas set 21109 Exo Suit some time before Comic Con happened but because of the craziness leading up to it I didn’t have time to do the review until now. While I was away I thought about the set and wondered if I would be just as impressed with it after some time and space was between us as I was the first time I built it. And let me tell you, the test of time had not tarnished Peter Reid’s excellent Ideas set, 21109 Exo Suit, in the least. It was just as magnificent to post, play with, and photograph as it was the first day.

There are no numbered bags, instead you just dump all the bags into a pile and sift through them to get what you need for each step. You build the two green Classic Space minifigs first, who are Peter Reid and his girlfriend. I have a feeling these green Classic Space minifigs will be as popular and sought after as the green ninjas from the early 2000’s. The only thing that could have made them better is if LEGO used the same helmet as Benny’s from The LEGO Movie with the broken chin strap molded in to really pay homage to Classic Space. I ended up with a spare green air tank which I thought was unusual but I don’t think anyone would really complain. 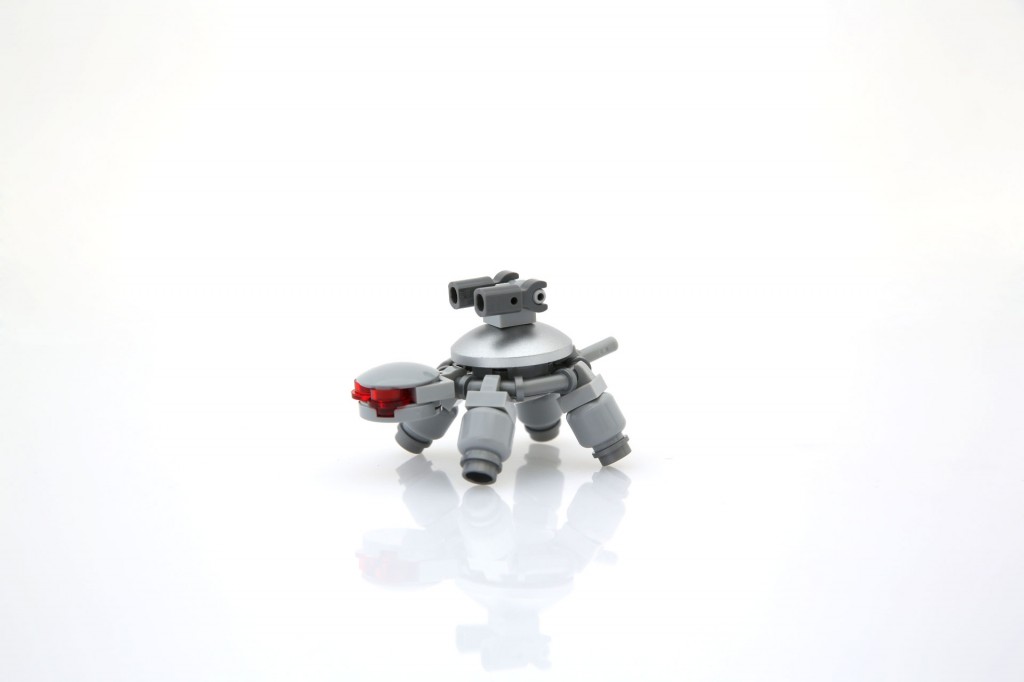 Peter’s turtle MOC makes an appearance in this set. It’s quite a charming little build and I can see myself wanting to make more turtles in more colors with different things on the back for different purposes. Another project for another day perhaps.

It also includes a small construct consisting of a platform and two barrels. All put together it actually provides a bit of scenery for the main model which I don’t mind at all.

After you’ve built those things and look at the remaining pile of parts, you’ll probably experience the same moment that I did where you sit back, look at the pile, look at the box, and wonder, “How the heck is this thing supposed to turn into that thing?” But sure enough, bit by greebly bit, things start to take shape. And I use the term “shape” loosely.

It is, after all, a collected mass of parts that are more often than not used for greebling details in MOCs. But underneath all of that is a solid structure that is both lightweight and strong, strong enough to stand up on its own in a variety of poses. There are ball joints just about everywhere to give it a level of poseability never before seen in a LEGO mecha set, like ever. Over time, the ball joints may loosen up but it is LEGO and parts can always be replaced. 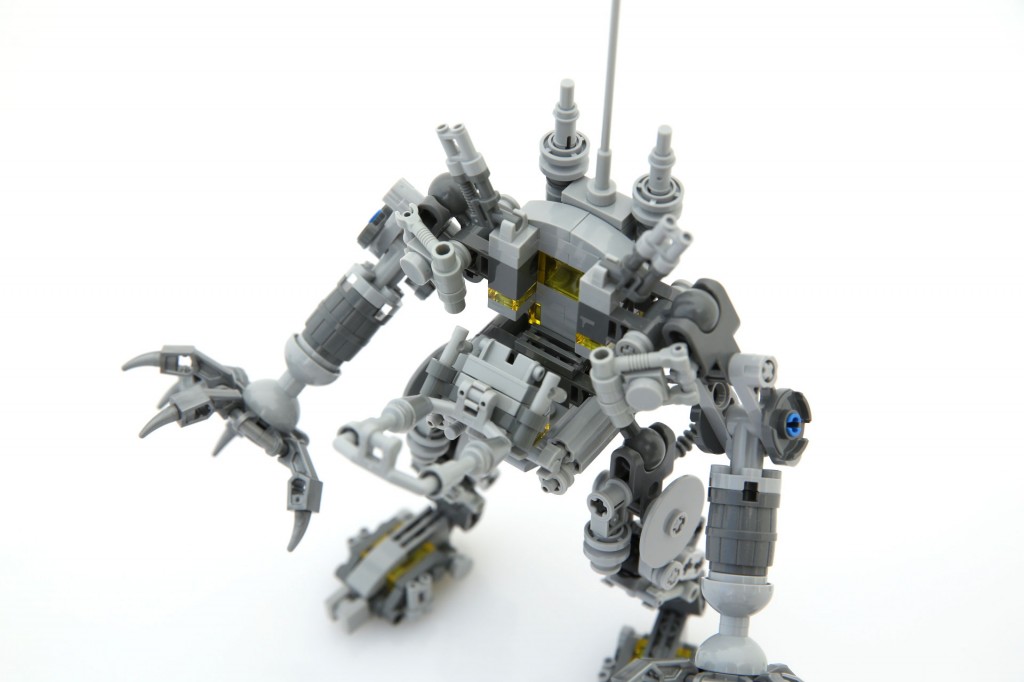 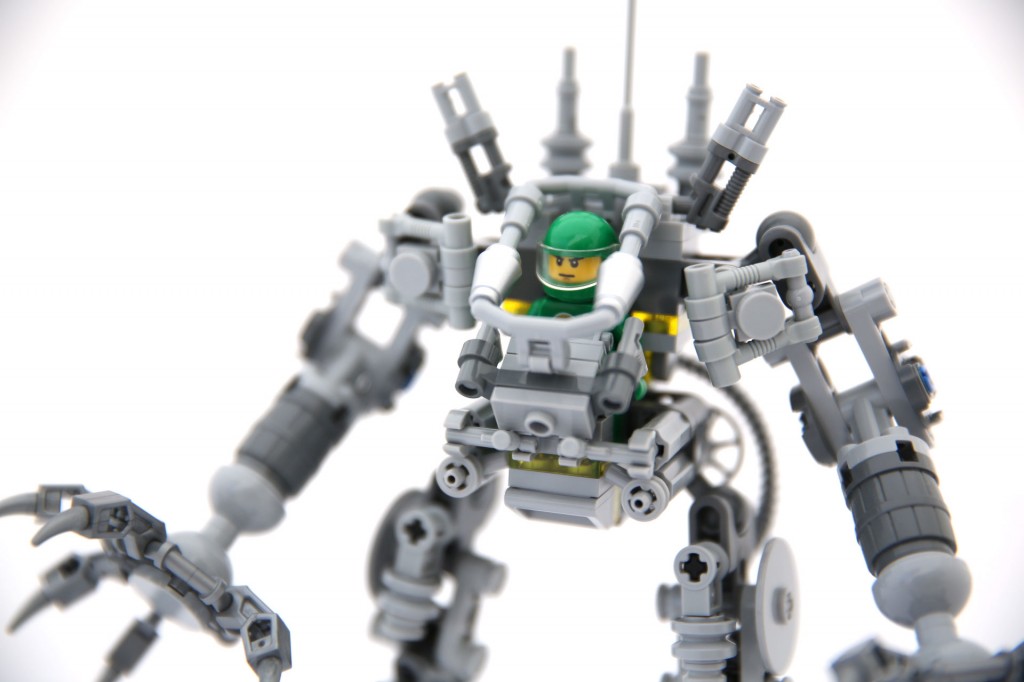 The minifigure drops right into the suit’s pilot’s seat with enough room for the airtanks. He stands the whole time and the frame folds back to secure the minifig into position. I suppose with a little effort you could have the spaceman grab onto the pistol grip controls but it may not be worth the time and effort unless you plan on never taking him out of the pilot’s seat ever again. 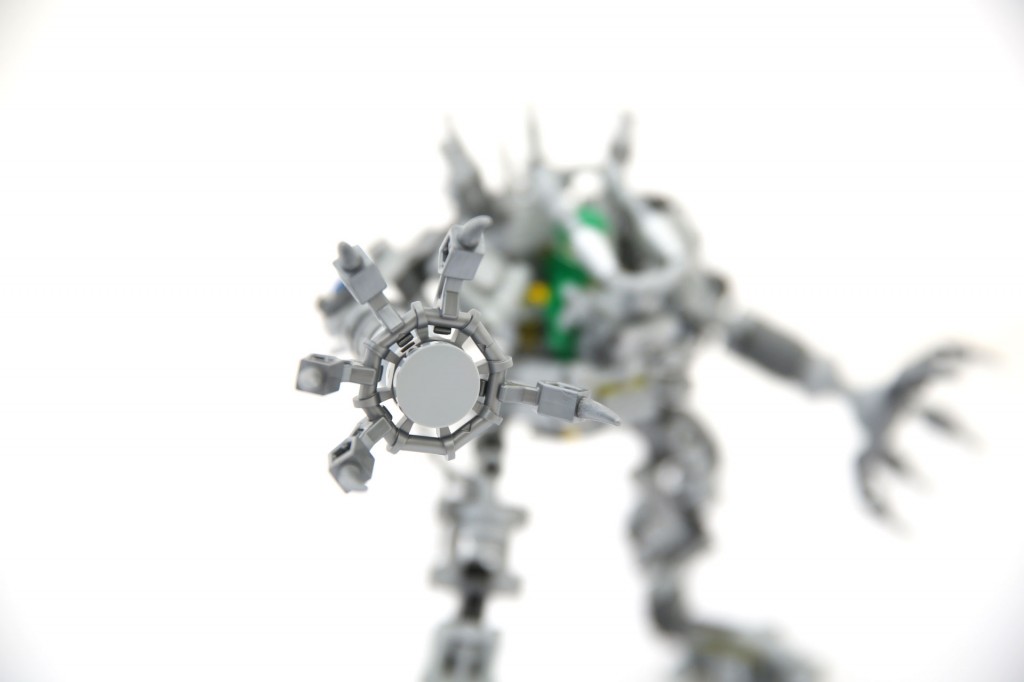 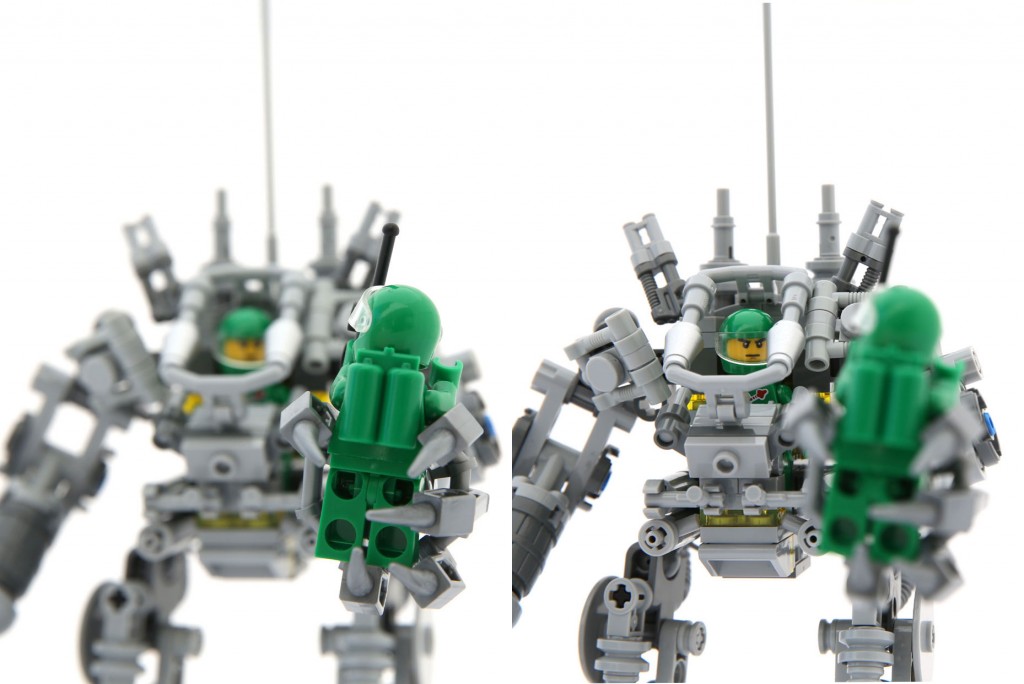 The hands are freaking HUGE. So large and splayed out that I refer to the set as Jazz Hands Exo Suit. It makes for grabbing things easy though and adds character and style to the build. 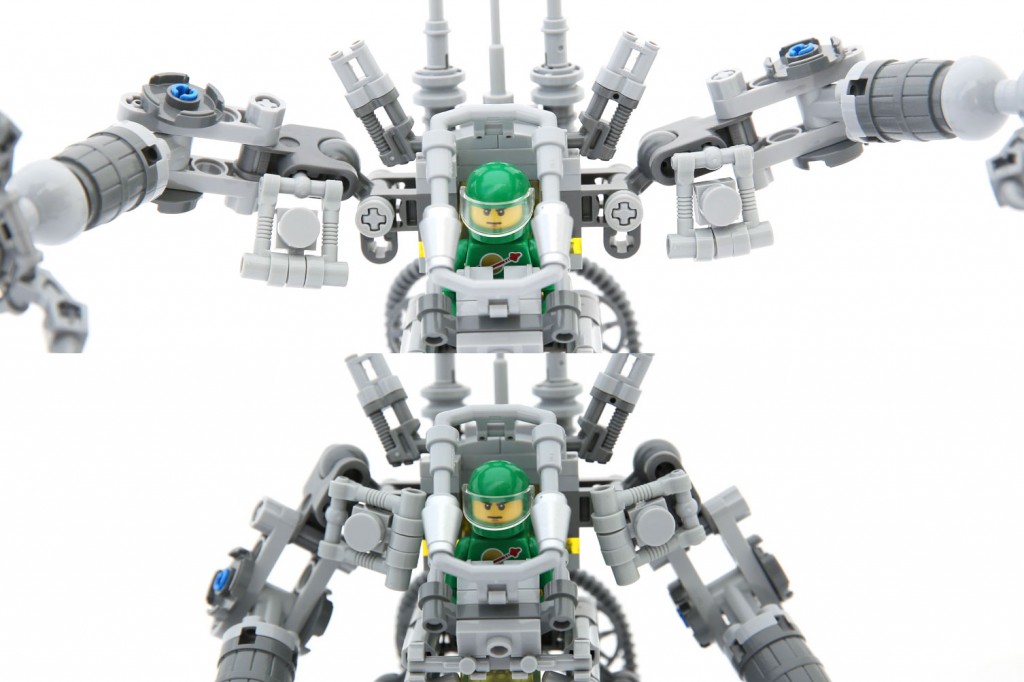 I do have one complaint about the suit and it’s the greeble over the shoulders, pictured above. When posing the arms, more often than not the greeble assembly would just be more annoying that anything. They rotate with the arms and if you were to re-position them you would probably make the whole thing break apart and/or fall off completely. Those robot arm elements don’t exactly have the greatest clutch power. The model looks fine without them and I’d be more inclined to just taking them off than fiddling with them during play time. It really is the weakest part of the model both literally and figuratively. All of the other details are rock solid and mostly stay on while being manhandled. 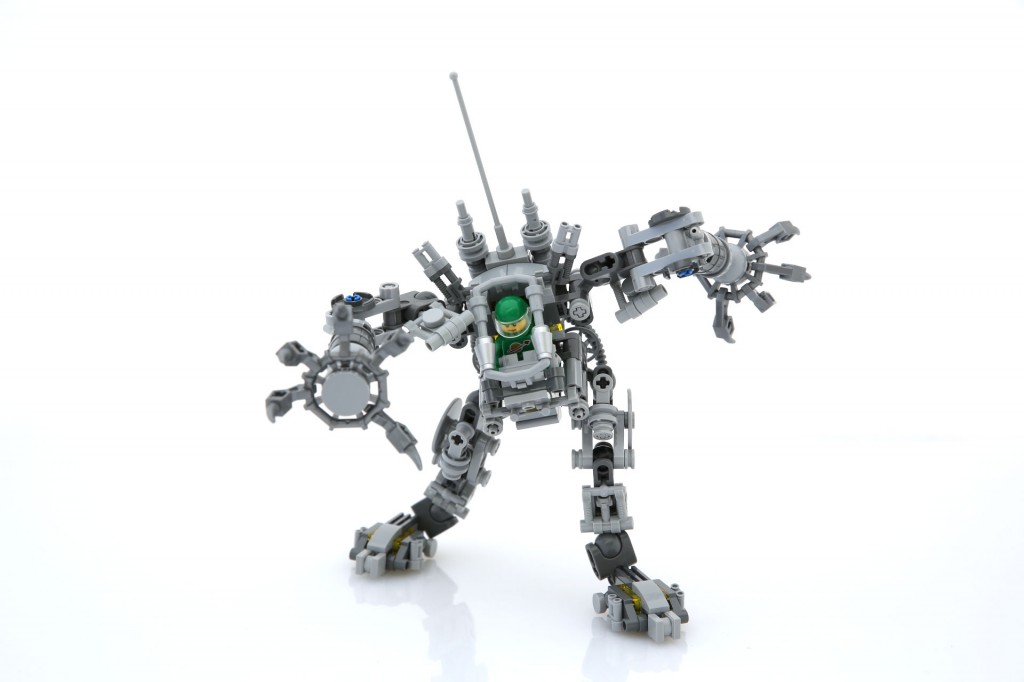 This set easily gets 5 out of 5 stars. If you’re a Classic Space guy, you have no excuse to not get this set. Even if you’re just a sci-fi fan in general, this build is extremely satisfying. Let’s face it, every other mecha set that LEGO has put out in recent years just sucked with the only exception being 8106 Aero Booster from the old Exo-Force theme. They are blocky, the legs just suck, and they all feel like the same kind of build after awhile. 21109 Exo Suit is like a breath of fresh in that arena. I doubt LEGO themselves will ever put out a mecha set like this that is this intricate and satisfying. They are almost doing themselves a disservice releasing such an awesome mecha / suit set because let’s be honest, it’s all downhill from here. 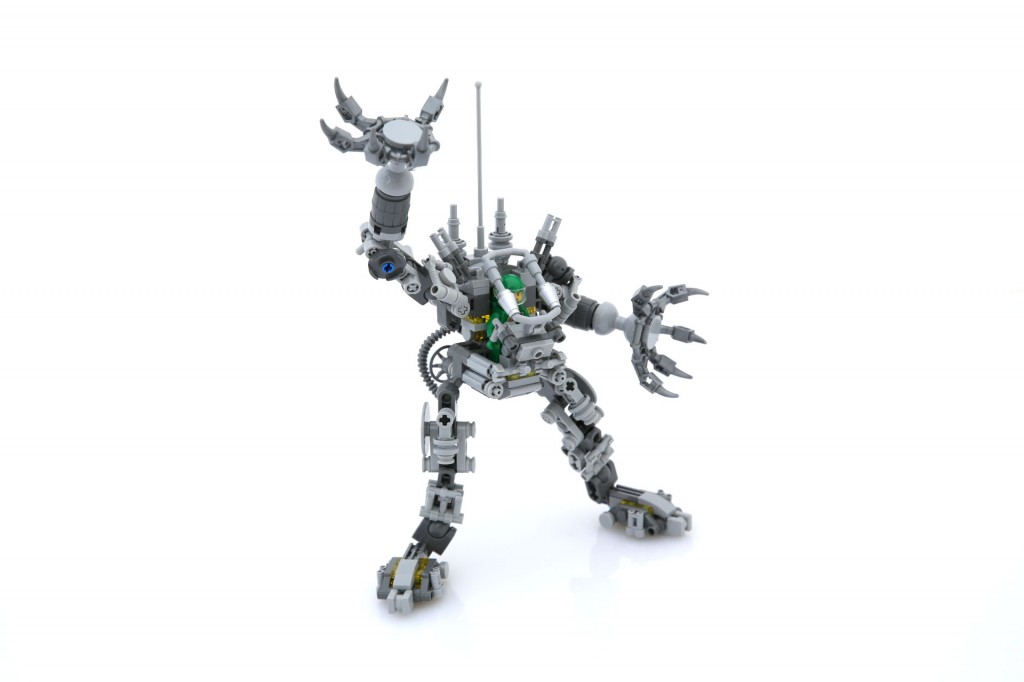 21109 Exo Suit set goes on sale in a few hours on August 1 12:00am midnight EST, which translates to July 31st 9:00pm for the West Coast and somewhere in between for middle America at LEGO Shop@Home. There is speculation that there will be only one production run so please do not hesitate in buying this set, one and done so they say. The cost is $34.99 and is worth every penny. 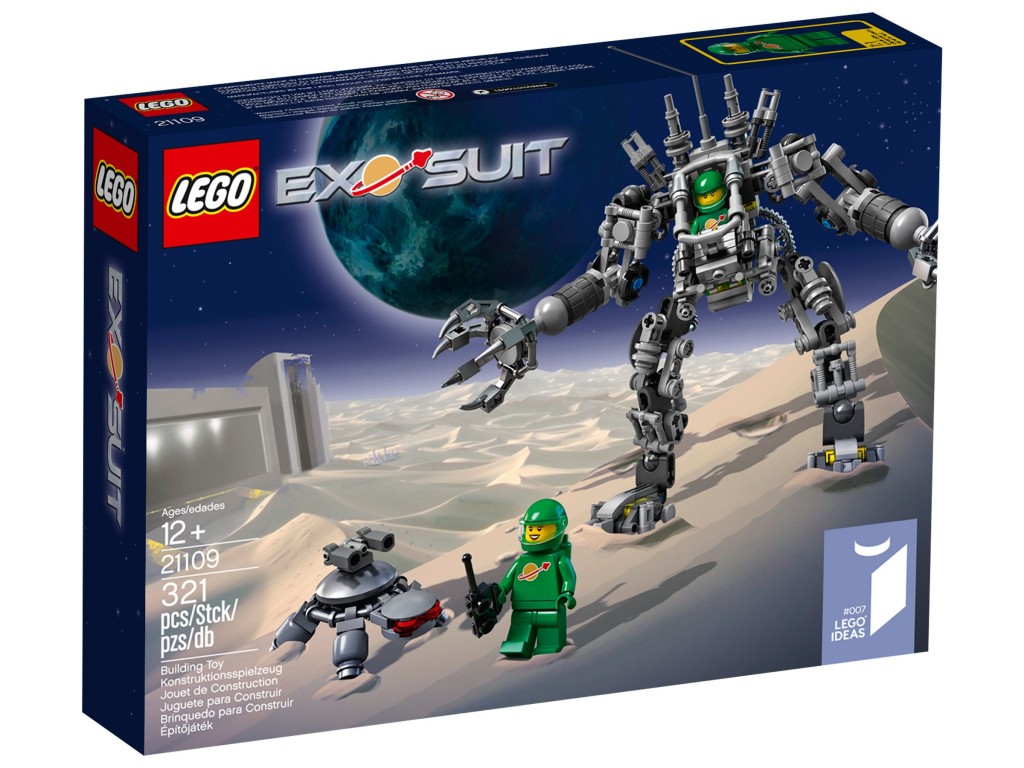 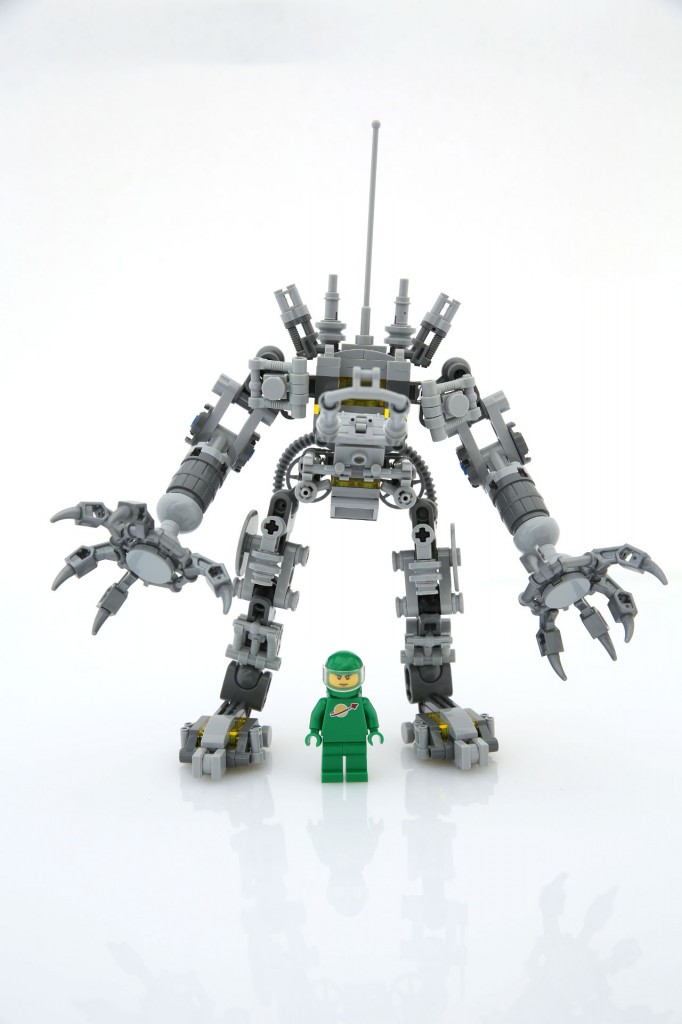 Review: Ori and the Will of the Wisps: The Pressure to Innovate

The Next Pandemic Legacy Game is Season 0, Not 3

Lose The COVID 15 with Ring Fit Adventure, In Stock At... 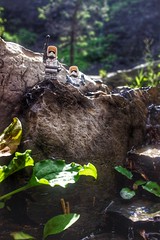 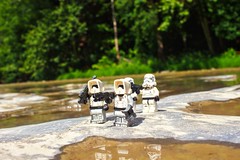