Is Lego Harry Potter: Years 1-4 worth your money now that it is discounted almost everywhere or should you spend the extra for Years 5-7 which is out today?Â  Let’s see! 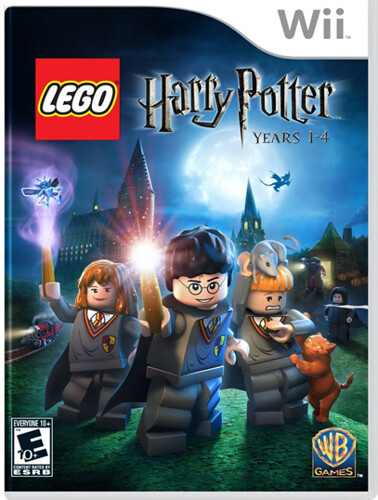 So let me start by saying that I’ve been playing the Travelers Tales Lego Games from the very first one and if you’ve seen my Flickr stream then you know I’m a big fan of Harry Potter. So, I had high hopes for Lego Harry Potter years 1-4. At the time it came out I never imagined they would do 5-7 and I actually avoided buying 1-4 both because I felt it wouldn’t have an ending and because I didn’t think they would be able to improve on Lego Batman, my favorite of the games to date. I should also note that I played on the Wii so the mechanics may be different on other consoles.

So given all that, what did I think of Harry Potter, years 1-4? Well, if felt phoned in and unbalanced.

If you haven’t read the books or seen the movies then you probably won’t be buying this game anway so Iâ€™m not providing a history of the franchise. This game takes Harry and his companions throught the first 4 years of school of Hogwart’s as they solve puzzles, learn magic, and fight Voldemort (Yes, I said it).

The cut scenes retain the humor of previous games but did not seem to be very well rendered. This was a big disappointment after the previous games. Also, the game suffered from the same issue as the sets where you have a lot of buildings and not many vehicles. Whereas Star Wars and Batman have lots of Lego built vehicles to make you feel like you are in a Lego environment despite non-Lego backgrounds, Harry Potter feels like you have Lego elements scattered in a non-Lego world. 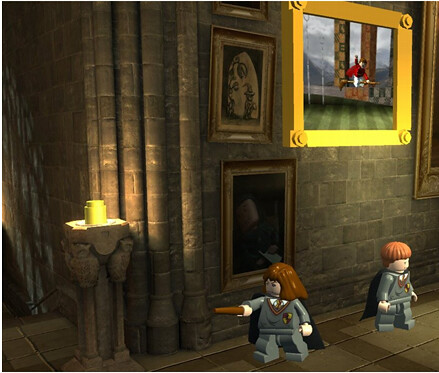 The hub for this game is Diagon Alley, and as in previous games this is where you can buy various extras as well as revisit past levels. Strangely, this game has a second hub of the School of Hogwarts itself that is a little difficult to navigate to get to various challenges. Fortunately, the makers of the game must have agreed with me as they provide a guide through the school in the form of Nearly Headless Nick.

Characters start off with a simple wingardium leviosa spell as well as a stunning hex that turns your students into the same blast happy characters you have in the other games. As you progress in years you learn other spells which can either be chosen or auto-activated by indicating items on the screen. For example, the freeze spell is used on pixies so if you point at them, that spell will be chosen for you. This simplifies game play but also makes challenges repetitive as whenever you see a pixie, you know exactly what to do. 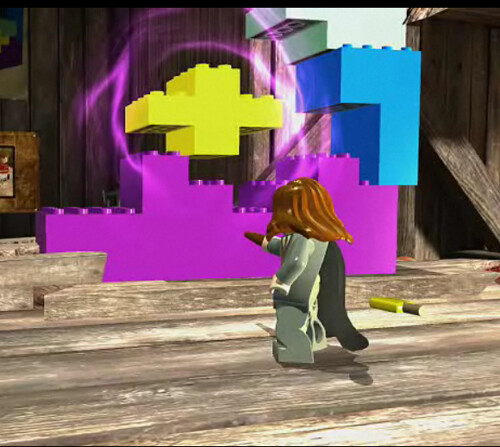 There are certain times when you take control of more experienced characters and thus have access to advanced spells that Harry and his pals donâ€™t have yet. I expected to feel a rush at getting this sneak peek into more powerful spells but the use is very limited and ends up being more frustrating than exciting. The spells you can buy donâ€™t really alter what you can do in the game being more variations of what you learn at school. This is especially true for the most expensive spell in the game, Accio, which I really expected more of for a 4 million stud price tag.

Other extras include a large amount of characters you can unlock including characters that I had no idea who they were until I looked them up. Seriously, who the heck is Mr Mason and why do I want to play as him? These extra characters are hidden in levels this time which is more interesting than in previous games and the fact that the game tells you how many you have left to find in a particular level in free play mode is a nice touch. By the time I unlocked a dark wizard, which you need to get other extras, I was already getting bored with the game. I hope in 5-7 they make the first dark wizard accessible a lot sooner. The red bricks from previous games that unlock extras such as multiply studs or invisibility are still available but now you have to post them by owl in order to be able to purchase the extra after the level.

There is another extra where you find house crests on levels and youâ€™ll need to in order to finish the game with all the gold bricks, but since in the short term all they do is give you extra studs if you finish a level with all 4 crests, I found it hard to care. 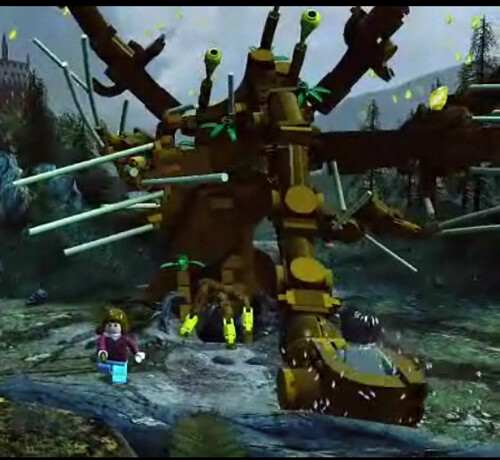 All the extras are found by blasting the right piece of furniture or casting spells on series of lights or simple tasks like that. Again, the game gives you hints in the form or magic auras around the items as well as letting you know how many you have left to find on a level so there isnâ€™t any frustration.

Speaking of studs, anyone who has played Star Wars knows of the long slow process where you collect enough studs to start getting the stud multiplier bricks and finally have enough studs to buy all the extras you want. I found the process in this game the complete opposite. By the time I found things to buy, I had more than enough studs and that included for the strangely low priced stud multiplier extras. Maybe the ease of stud collecting is because what you can buy with them is unexciting. 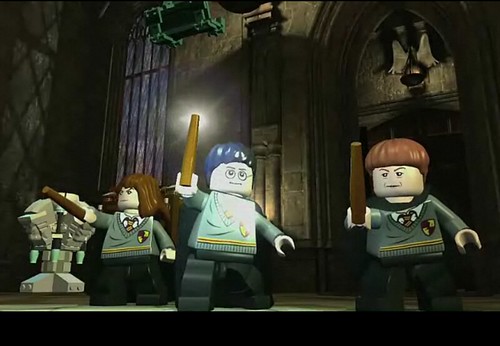 So, youâ€™ve finished the levels, youâ€™ve collected the extras, and youâ€™re thinking â€˜what now?â€™ For completed levels, completed house crests, and collecting enough studs, you also get gold bricks. Collect enough of them opens up three flavors of bonus levels. One type is an obstacle course much like was found in Lego Indiana Jones. These were the ones I liked the best. A second type is where you have a town setup and you have to destroy enough of it to get 1 million or more studs. Again, weâ€™ve seen these in other games and they are pretty fun but not exciting. Lastly, there was a level builder bonus where you could set up your own town to destroy for a certain amount of studs. Nifty!

Iâ€™ll note there may be more bonuses but by this point the replay value of the game had diminished. I may go back some time and get every last gold brick but it will probably be a while before the urge hits me.

Iâ€™ve read some of the previews of Harry Potter years 5-7 and Iâ€™m excited for it. It sounds like they may have learned their lessons on years 1-4 and are going to put out a solid effort with some nice enhancements. Years 1-4, on the other hand, seemed phoned in, with graphics that disappointed, extras that didnâ€™t do much to enhance or alter game play, and puzzles that were repetitive and simplistic.

If you havenâ€™t played one of the previous games (and really, who hasnâ€™t?) or just canâ€™t live without your Harry Potter fix, get this one. Otherwise, this is an easy pass. Iâ€™ll let you know in a week if years 5-7 is worth your hard earned money instead. 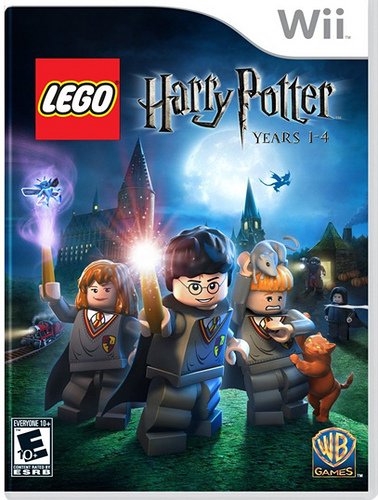