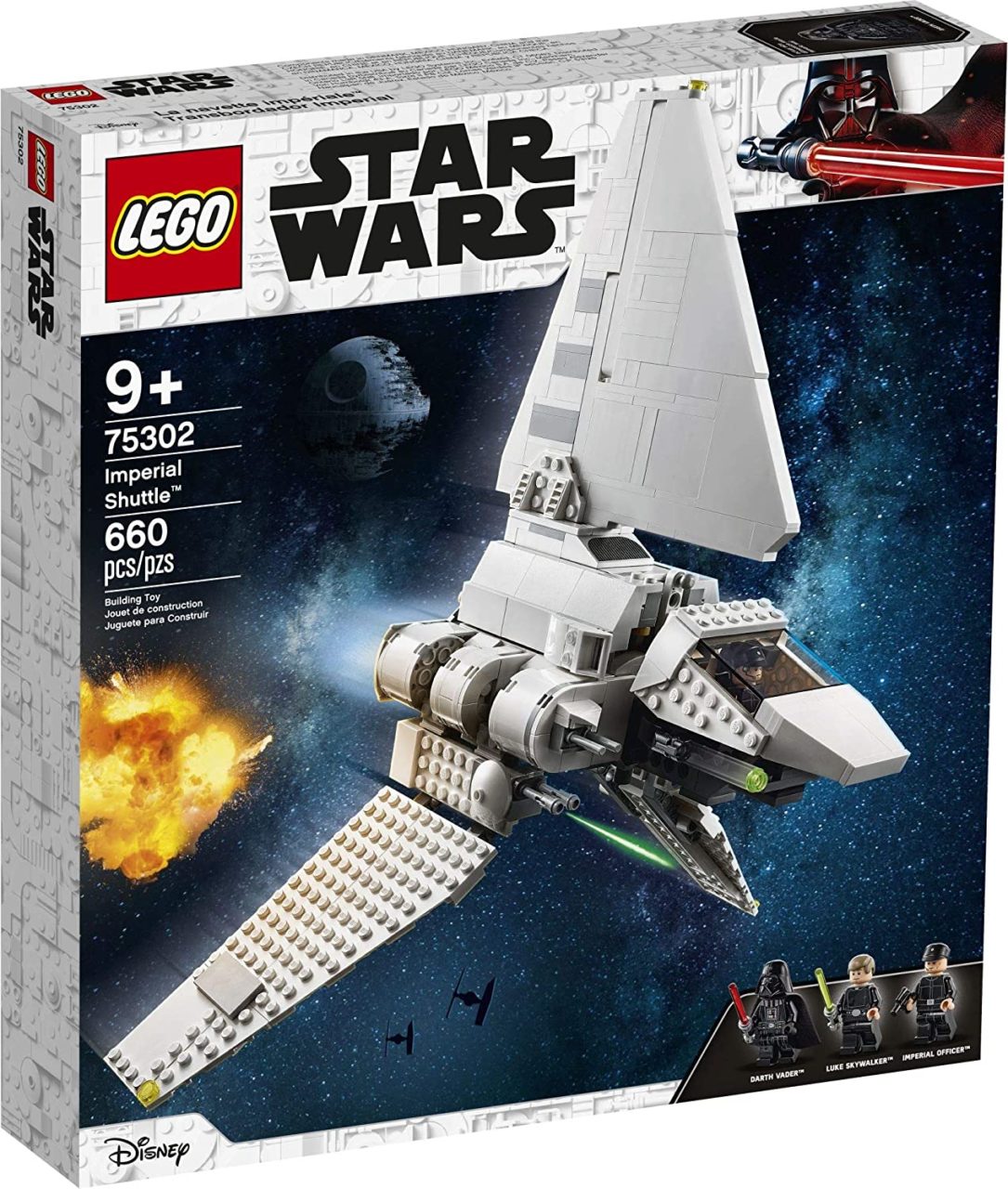 Rather than going with a plain ol’ “Imperial Shuttle” for the name of the set, LEGO should have called it “Darth Vader’s Shuttle” since that would be more apropros considering the minifigs you get in this set. 75302 Imperial Shuttle let’s you recreate the scene never seen in the movies where Darth Vader is escorting his prisoner, Luke Skywalker, to Emperor Palpatine. The Death Star in the background actually should not be there because they should be flying towards it and not away from it. Same with the explosion. It’s like the box designers never even saw the movie!

FBTB is an affiliate partner with Amazon.com. After clicking through a link in this post and purchasing something from our partner, we may earn a small commission. Thank you for your continued support.