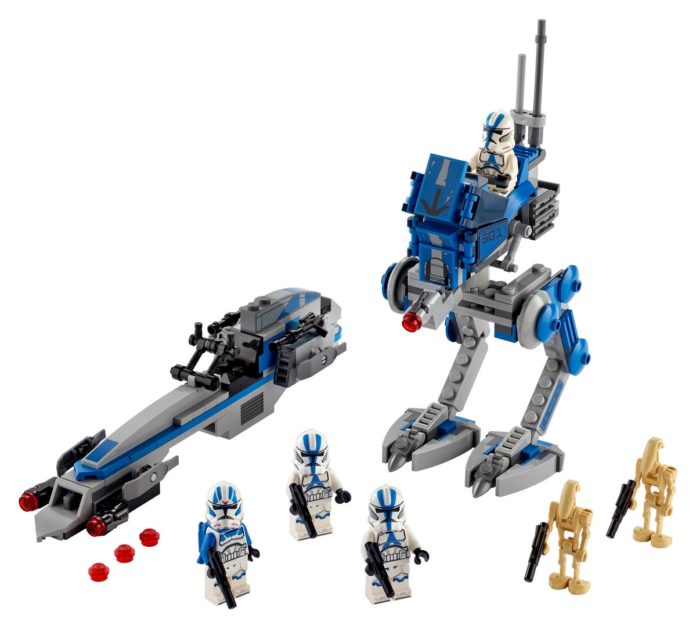 LEGO announced today a new battle pack, 75280 501st Legion Clone Troopers. You can pre-order it right now for $29.99 with an estimated ship date of August 1, 2020. You’ll get 285 pieces for that price, and with it you’ll get 3 regular 501st Clone Troopers, 1 501st Jet Trooper, two Battle Droids, an AT-RT walker that looks superb, a jet pack, and a BARC speeder. It’s twice the cost of a regular battle pack but it’s a pretty sizable set with 6 minifigs and two vehicles. Is it worth it? I’ve been told, “yes!”.

And we have MandRProductions to thank for it. He’s been championing a 501st set since the dawn of time. I mean, he even had t-shirts made that say “WE WANT A 501st BATTLE PACK”. That is some dedication. But now his dreams have come true. LEGO tweeted this out to announce the set:

Pretty sure they forgot to mention @MandRtweets on that one but whatever. He’s happy, 501st fans are happy, Clone Trooper fans are happy. Finally some good news eh?

Thanks to L3g0monster21 for all the info.