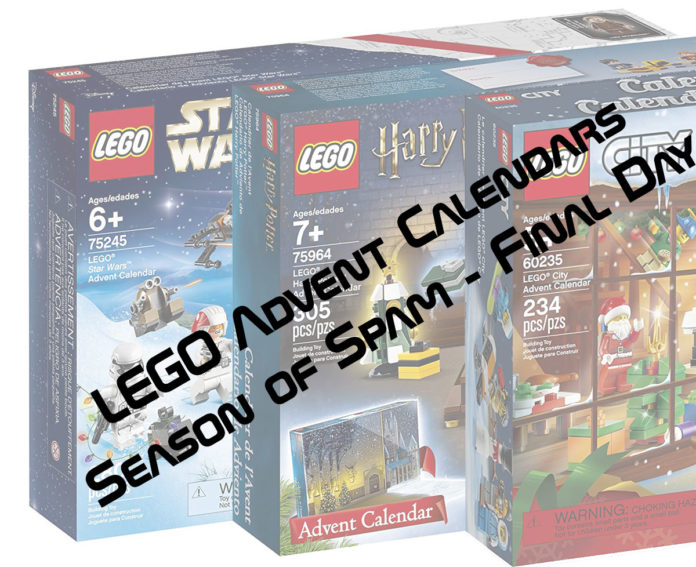 If you’ve been keeping up with all our posts, you already know more or less how we feel about the calendars each of us have covered. So consider this post the tl;dr version as we post our final impressions. Final score win/loss ratio posted with the headers below. 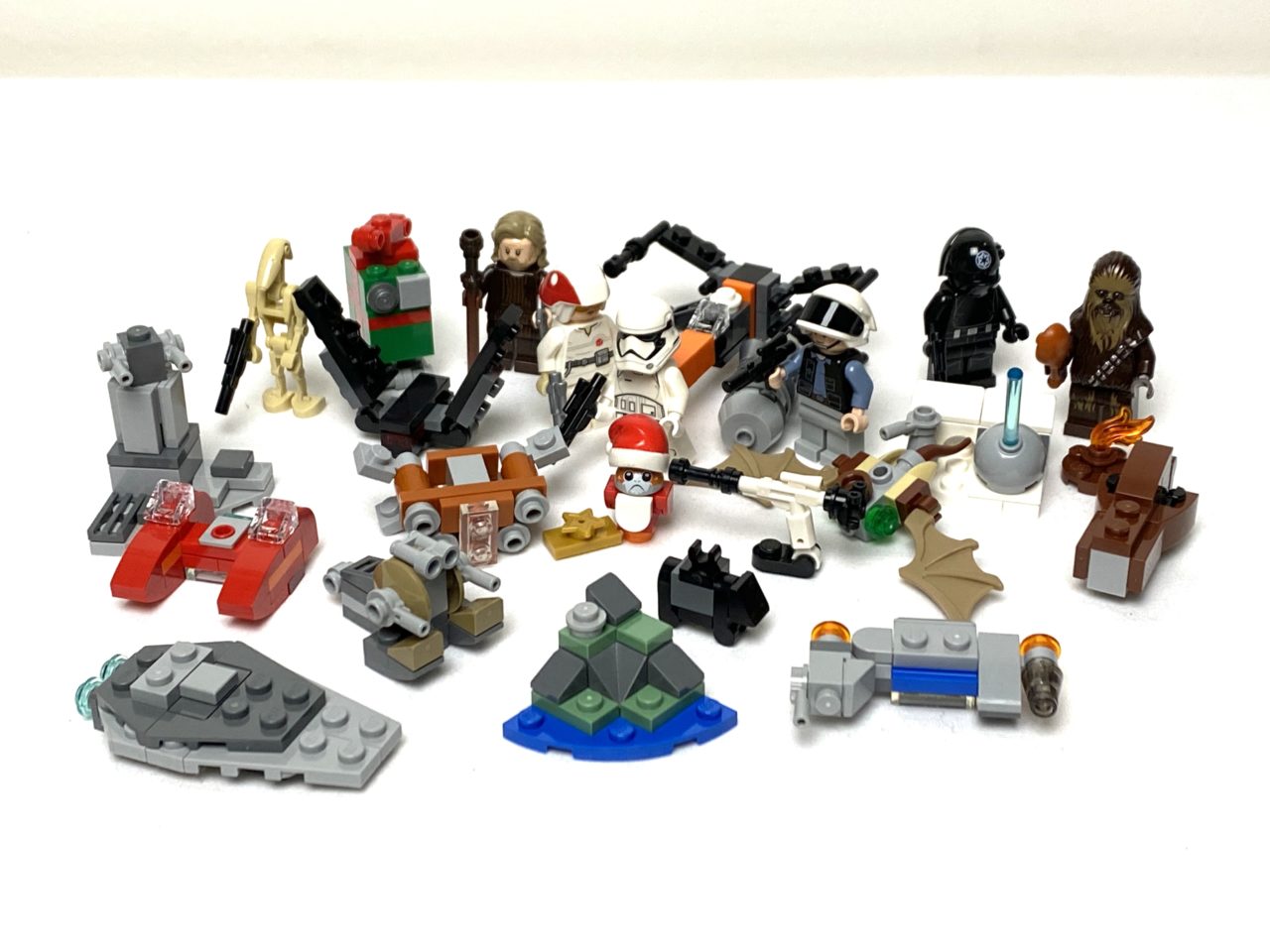 [Ace] Some hits, some misses. I’m honestly not surprised that the final good/bad score was more or less split evenly down the middle. The vehicles were the best gifts, followed up by a pretty strong minifig selection. The location-based builds sucked, and coming in dead least was the Christmas Porg. LEGO couldn’t have ended the advent in a worse way. Many of the builds were paired which makes sense thematically. LEGO has a bit of a conundrum to deal with when making a generic Star Wars Advent Calendar. Star Wars spans 11 movies, 2 cartoons, and a TV show now so they have to spread the love a bit. And at this point it’s spread a bit thin. This year’s HP calendar, like Eric pointed out in one of the early days, looks like accessories that would augment the Great Hall set. I wish the Star Wars calendar did something similar: pick a location or a theme and have every day’s gift build around that theme. But as it is now, it’s an average experience overall.

[Eric] I can’t be too hard on this calendar. It’s Harry Potter, and that’s enough for me to love. While some days are disappointing, keeping up with the other guys’ posts, you can see that’s not unique at all. I do like the Great Hall theme, not just “Harry Potter related paraphernalia”. There are four exclusive figures, and two that only come in a pretty expensive set. I’d say probably the most dissapointing bit was spreading the four House flags out over four days, when there are only eight pieces each. It’s a bit jarring going from that to days with three or four times as many pieces. Honestly, I wouldn’t have minded two more tables, just to make the Hall seem more complete.

I’ve never had a Lego calendar that I actually did day-by-day, so perhaps there’s some excitement in waiting a full 24 hours before getting the next thing. Though I’d think that would just make it come crashing down more if you get a crap item.

All in all, the cohesion elevates the calendar, an example of the classic phrase: the whole is greater than the sum of its parts.

[Nick] Advent calendars are some of the most unique, and weird, things that LEGO makes. If you try to take it from purely a parts value, they’re going to never be worth the cash you lay out for them. That’s not really the point, though… it’s far more about the experience of opening that little thing each day and having fun with it.

For the City Calendar, it was a real case of highs and lows. When it hit, it was great, but when it missed… it tended to miss hard. We only get one truly great non-minifig build, the snowmobile, and a couple that are fun like the axe and log splitter, the curling pucks, and the presents. There are a lot of good parts mixed in, but so many of the builds feel half-hearted.

The minifigs were nearly all great, and could be dropped right in to any seasonal display, but the end product feels very average. While most would fit in with the Christmas village sets, none of them did such a great job that they were going right there. I’m calling it an average bunch at best… more about the moment of opening than worth keeping when looking back.