The lead-up to Episode VII continues to build, and we’re only a few weeks away from the flood of all the spoilers once we hit Force Friday. For those who haven’t been following, Force Friday is the primary evidence that Star Wars merchandising has gotten entirely out of control. Episode VII goes on sale September 4th at 12:01 AM, with stores supposedly opening at midnight to cheat crazy people out of their money. LEGO is in the mix for part of it, so they’ll have the Force Awakens sets that have been floating around in leaks. We can’t really cover or picture them here right now, as the lawyer squad has been in force to anyone that shares them (and they still don’t understand how this internet thing works).

For those who lived through the nightmare that was Television during the prequels, or has ever seen how Disney takes over the airways when they have something coming out, there is a sense of terror that every single possible tie that can go into a commercial ever is coming our way. In fact, they announced seven new marketing deals that are going to get us. I’m excited for a more diverse and varied Star Wars cast… but will admit that the tie-in for Covergirl and Max-Factor tells me that Disney is still going to be awfulÂ in this. The Duracell one makes sense, because we’re going to get a whole lot of commercials with lightsabers.

Putting some more news and rumors after the fold, for those who want to avoid some possible spoilers…

Entertainment Weekly has a special this week on the Force Awakens, with several new set pictures and details for Kylo Ren, the apparent big-bad Sith that’s driving the First Order these days. We also get a few details that Kylo isn’t really his name, Ren isn’t really his last name, and therefore, we don’t know anything. Of course, Abrams has a history of lying his butt off, so take that as you will. This could all be smokescreen. 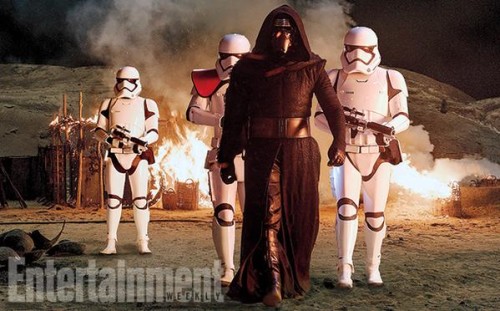 There’s also word of another baddie, which really shows that Disney/Lucasfilm is serious about going all ensamble on both sides, good and bad. That could be a great thing or awful, but who knows at this point. They’re certainly going younger, which is good for the long run, so long as they can keep the tone that made the originals successful (and the later ones not successful at all). 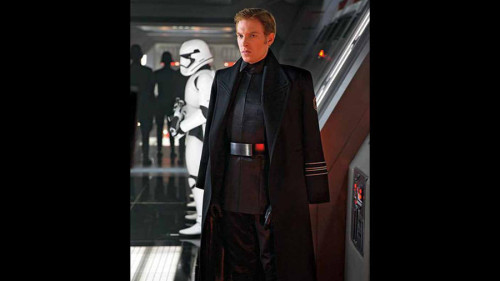 Because Abrams can’t help put poke at the fanboys and fangirls, he let it drop that it’s entirely intentional that FinnÂ and Rey haven’t been given surnames. This of course leads to all sorts of rumors and innuendo (I’m still banking that Rey is actually Luke’s daughter, not Han and Leia’s; Lando is a popular choice for Finn, but I’m thinking that’s also too obvious… and I’ll go into it below who it really could be). Episode VII is Disney banking a whole lot on doing a changing-of-the-guard that the Prequels couldn’t really do… and setting up a juggernaut that will likely consume us all in the end. 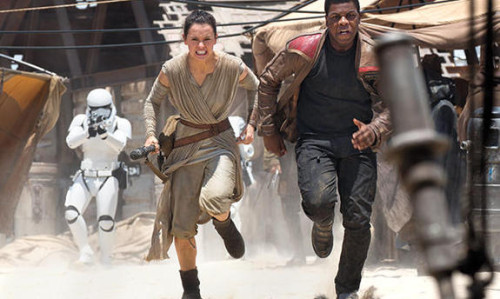 Part of the big lead-up for Force Awakens, Disney has been tightening their tie-in materials and has defined Canon as basically everything they release. That includes several comic series that are in progress (Star Wars, Darth Vader, Kanan), starting soon (Chewbacca, Shattered Empire) or recently wrapped up (Leia) and several books. Shattered Empire, specifically, deals with the gap between Return of the Jedi and the current universe we’re going to get. It starts 3-6 months after Jedi ended, and will talk about a lot of the mess. 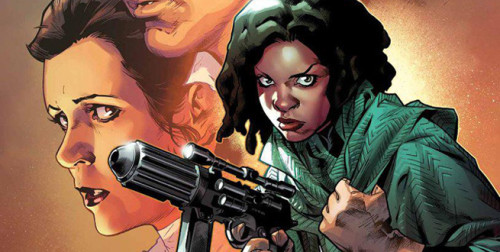 Speaking of comics and Finn, there was a huge whopping retconn in the Star Wars series recently that is going to really cause some weirdness between Leia and Han. Turns out Han Solo is married while he was doing all the flirting with Leia. Or was married at some point… we don’t have any real information yet, it was mic-dropped on us in issue #6 and #7 was all about Obi-Wan. The coming issue is going to dive into it more… but it’s not hard to look at this and see a real possibility that Finn is Han’s son with his first wife. 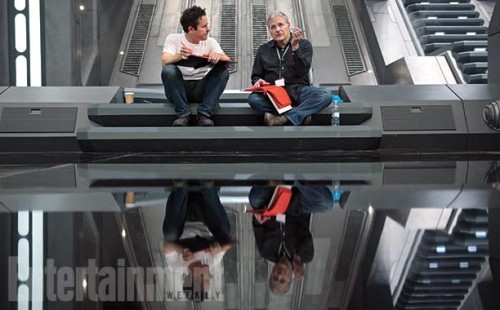 The last one is less news and rumor, but a lot more interesting nature of the film that’s been coming up in a lot of previews and sound bytes. They’ve been selling a whole lot on the “practical” nature of the effects used in Force Awakens, which is cool. I like seeing these full-sized scenes, but I’m about to do something very uncharacteristic for me… and defend the PT (a little). The PT wasn’t all CGI, despite rumors. Some scenes really were, and it’s pretty obvious when it was (Mustafar behind the scenes are just awful, because it’s just those two running around on a green set).

However, what’s missing is that almost all of the backdrops used for Mustafar, the podrace, Naboo, and everything else was done with models, set builds, and practical effects.Â What the PT did exceptionally well was to blend the CGI and the Practical world. The original movies were absolutely covered in mixedÂ effects too… they were just crude and primitive at the time, and if you’ve seen the unedited movies everyone clamors for, it’s painfully obvious at times.

Abrams in particular has been load about his contempt for the prequels, promising that things like midi-chlorians aren’t in the new movie… and I’m going to admit that it worries me a bit. The PT is part of the Star Wars canon, good and bad, and the fact that the first movie is going to just ignore it will end up souring a lot of fans that grew up with those films and look at them fondly. But, that’s a bit of a soap box… and no one is going to miss midi-chlorians.