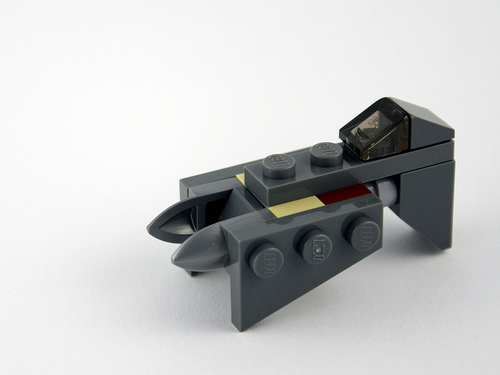 I don’t know why, but I’ve always liked this prequel ship and this micro captures it very well in a soullessly charicaturish sort of way. It’s difficult to focus on reviewing this little guy, what with the awesome announcement of a Back to the Future set this morning and the impending doom that awaits us at the stroke of midnight tonight (PST obviously). I’m going to assume that since LEGO now has a time machine, they’ve already seen that everything’s going to be ok and that’s why they couldn’t wait to tell us the good news. Since the other option is that they know the world is going to end anyway, so they can make this announcement and by the time Universal has their legal team mobilized it’ll be to late, I’m choosing optimism/sanity.

If this is the end (and it’s not… hopefully), I’d just like to say I honestly don’t regret buying this calendar… but I wish I’d gotten it on sale.