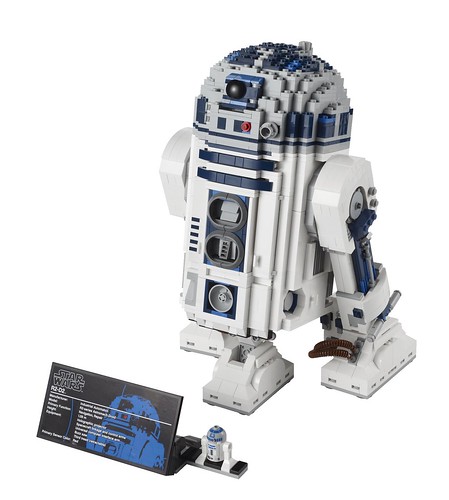 Maybe Shop@Home will have some sort of sale or promotion attached to it for their annual May the Fourth Be With You sale.

Presenting the iconic R2-D2 as youâ€™ve never seen him before! Everyoneâ€™s favorite droid from the Star Wars galaxy is now part of the Ultimate Collector Series and features fantastic detailing, such as retractable third leg, front panels that open to reveal a universal computer interface arm and a circular saw, rotating head and 2 fold-out front spacecraft linkage control arms. With the included fact plaque and R2-D2 minifigure, this diminutive model is the perfect addition to your LEGOÂ® Star Warsâ„¢ collection!