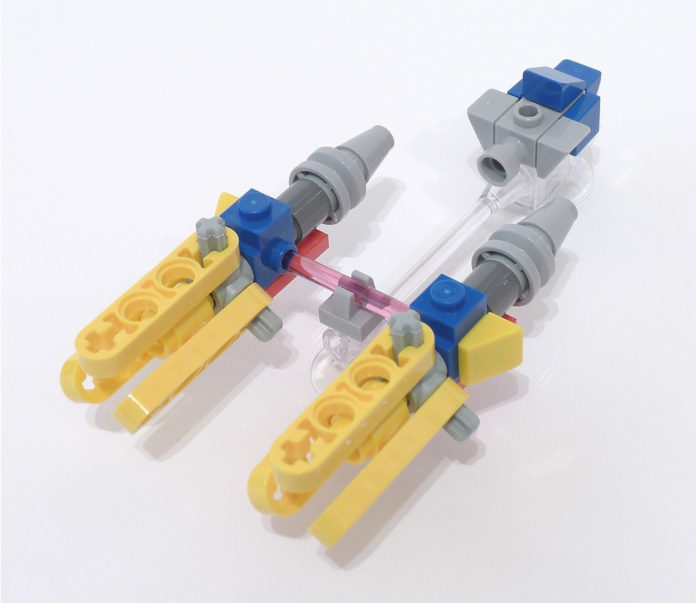 Iâ€™m starting to wish these mini sets, mostly sold at Target and Toys R Us as seasonal or promotional sets, were widely available. Scratch that, I started wishing these were widely available a long time ago. Mini sets are easy to display, generally inexpensive, and usually do a great job representing whatever theyâ€™re supposed to represent for the scale. It pains me that I had to jump through hoops at Toys R Us to get a hold of 30057 Anakinâ€™s Podracer. Yes, it was one hoop and that hoop was a required purchase of a price-inflated LEGO Star Wars set, but I wanted 30057. The question is, was it worth it? 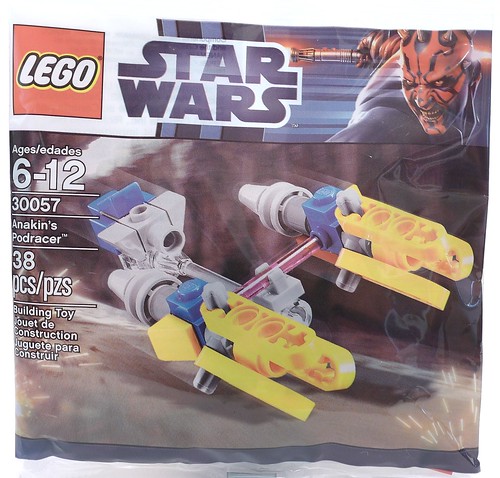 Itâ€™s a tough question to answer. Anakinâ€™s Podracer is sold by Toys R Us for $4.99 (online). Itâ€™s an inflated and unfair price, but thereâ€™s little that can be done since it’s a Toys R Us exclusive. However, since it can be acquired through a promotion, that changes things a bit and in the set’s favor. 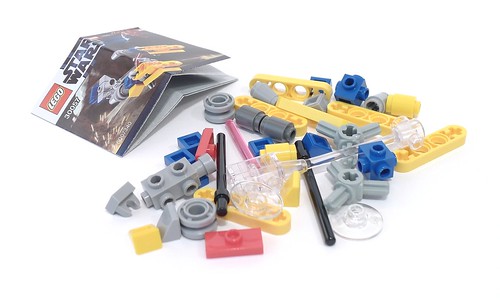 Itâ€™s a colorful little set. In fact, itâ€™s one of the most colorful mini sets in recent memory. It pops and makes for a more varied and interesting build. I found many of the last few mini sets dull and repetitive in their construction, but this set, even with two identical engine pods, kept my interest during the 3-minute build. 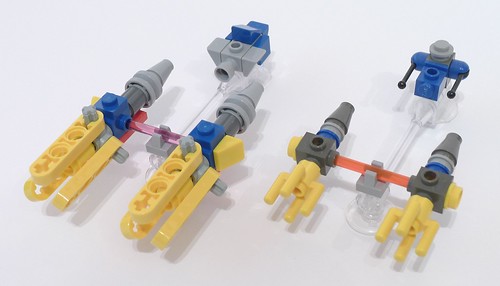 Once I built it, I was off to find the now ancient mini version from 2003 (4485 Anakinâ€™s Podracer & Sebulba’s Podracer). In person itâ€™s a dramatic difference. 30057 is a huge improvement over 4485. The newer version feels bulky and oversized compared to the original, but it looks right. It’s even more swooshable.

The details stand out better and the construction of the air scoops is the highlight of the set. They are spot on, perfect for the scale. They make the air scoops on 4485 look downright sad. Of course the 4485 version is only 23 pieces (compared to 38 in 30057), so it isnâ€™t really a fair comparison.

Pros:
+An excellent rendition of Anakinâ€™s Podracer in the mini format. Great color and appearance.
+Contains a wide variety of parts.

Cons:
-Toys R Us exclusive. May require purchase to obtain or carry an inflated price. Itâ€™s availability also may vary once the promotion period ends.
-No extra pieces! This was a first for me, not including the collectable Minifigures. Not too big a deal since I did get the advertised number of pieces, but very odd. I hope this isn’t a start of a trend. 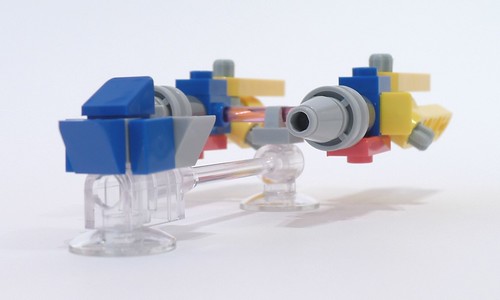 Verdict:
In hindsight, I can honestly say I would have bought this set at $4.99. My advice is to get it during a promotional period, meet the minimum purchase requirement, and go from there. Alternatively, find a contest with this set as a prize and win it. This is one of the best mini sets from the past few years. It should make a fantastic companion for 9675 Sebulba’s Podracer & Tatooine.