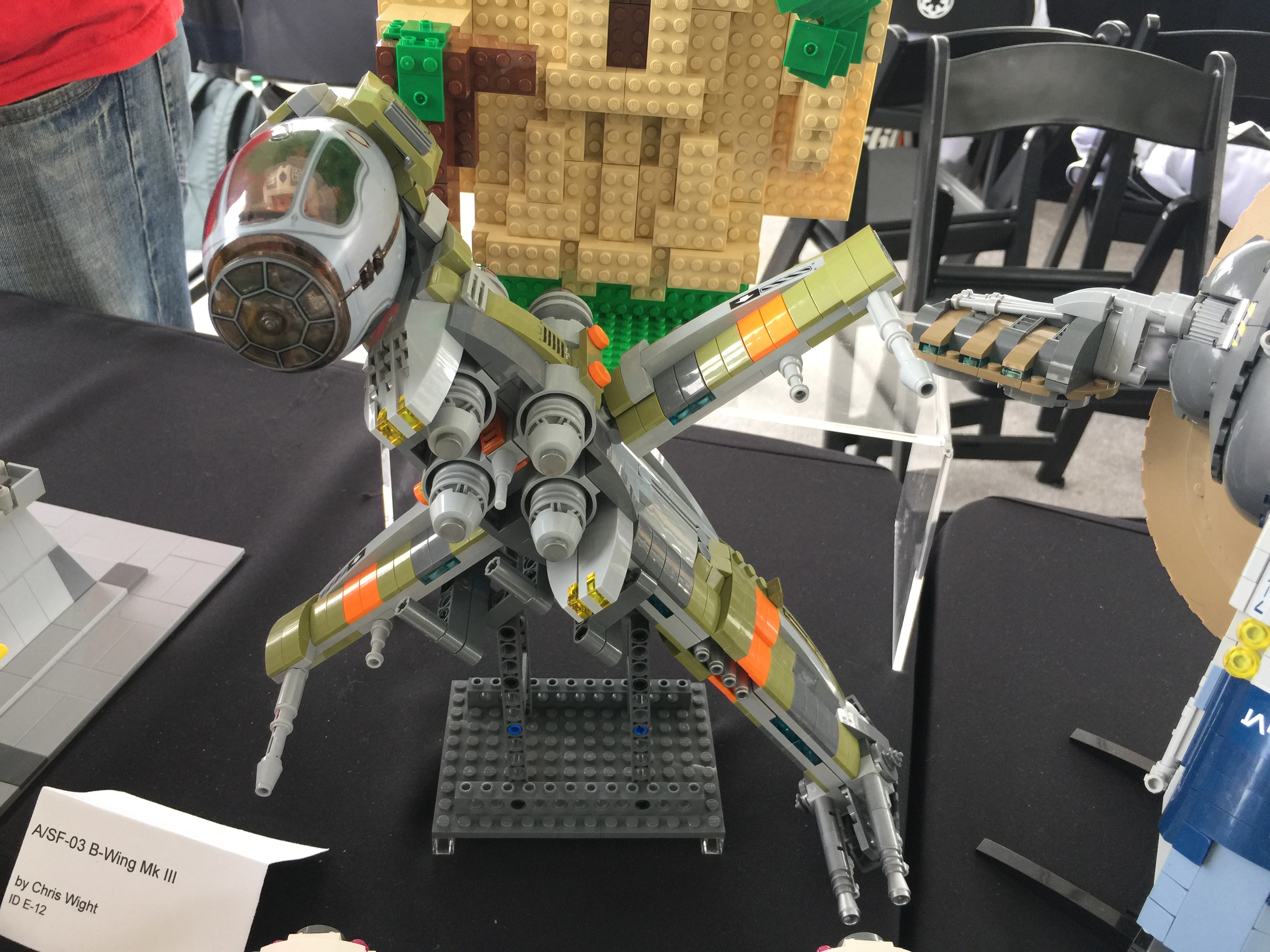 Another successful Star Wars Days at LEGOLAND California happened last weekend. And if there’s one thing I know, it’s that I am terrible at event coverage. Better late than never right? So I’m going to break tradition and actually do some coverage. I’m here to show you guys what the category winners were.

Pictured above is the Evolved Starfighter category winner, A/SF-03 B-Wing Mk III. The contest may be over but we had a nice fly-in of evolved starfighters and this particular beauty was the belle of the ball.

Next up is the winner for Episode VII Vignettes, Kylo Ren Throws A Tantrum. I should have taken video because the lights blinked and it was a cool effect to see. 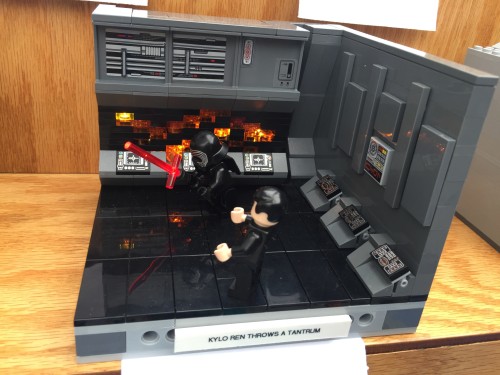 For our humorous theme, Skywalker Family Reunion, we have Ben and Bacca by Calista Vassios. There’s a bit of fan theory going on about how Han and Chewie raised Ben on the Millennium Falcon before he was sent away to Jedi Camp and how Chewbacca was basically Ben’s ward and nanny, that he raised him from a baby and how emotionally difficult it was for Chewie to witness Han’s death and shoot Ben. The Ben and Bacca MOC depicts four scenes from those early years aboard the Falcon. 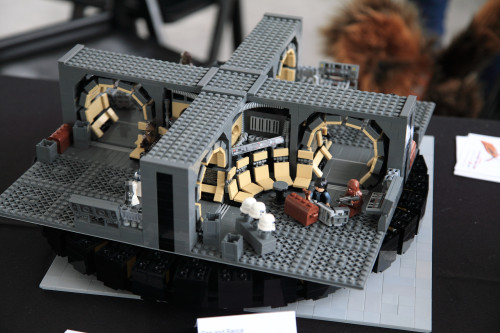 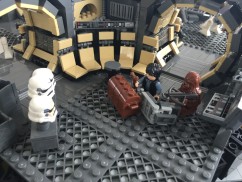 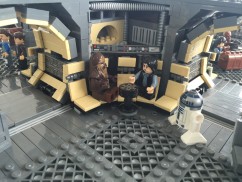 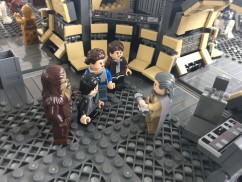 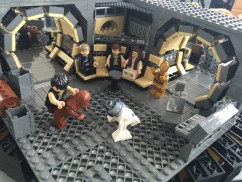 Next up is the Themed Speeder Bikes category. And the honor of being declared the favorite goes to, once again, Chris Wight for Saruman vs Galadriel. This should no way influence your vote for our current polls. 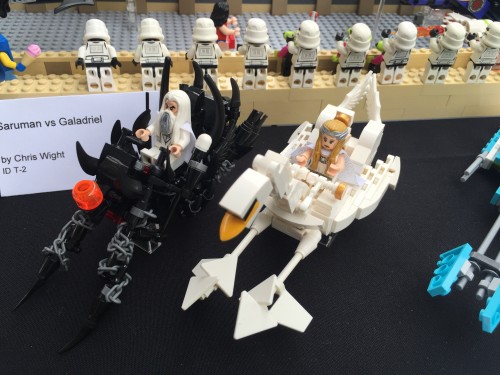 For the catch-all General category, we have Vintage Hoth Travel Poster by Jason Sutherland. This piece may appear to be simple but the details are in its execution. The lettering is all legit LEGO pieces and connections but is so well done that it could rival any professional font used in graphic design. 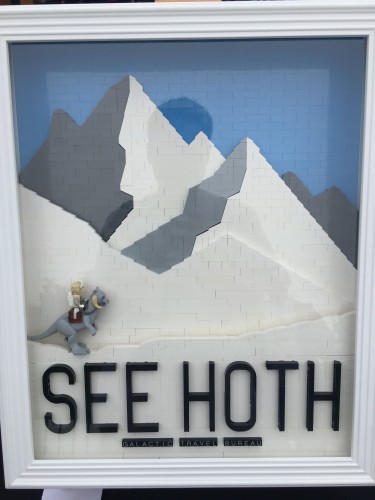 And finally, we come to Best In Show. It should be no surprise that it is Maz Kanata’s Castle by Mary Applegate and Max Philippe. This thing is HUGE and made a trek all the way from Puerto Rico to Carlsbad. 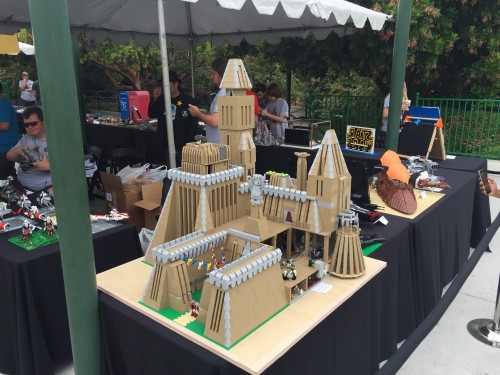 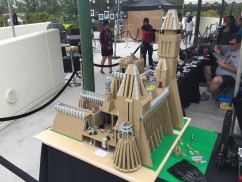 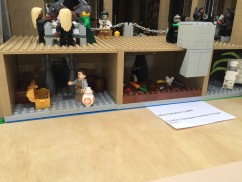 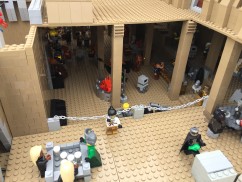 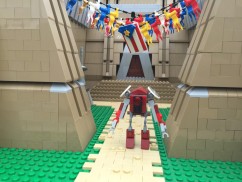 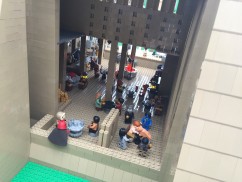 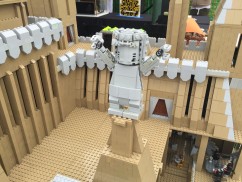 Photo credit for the Ben and Bacca overhead shot goes to Chris Wight. He posted some pictures on his flickr account showing almost everything that was brought in for the weekend. I should start promoting hash tags or something so more pictures could be found. Ah well, there’s always next year.