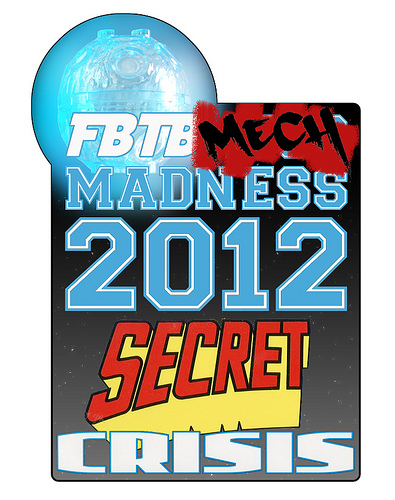 The past four days of Secret Crisis posts has laid down the foundation for this year’s building tournament. Secret Crisis is the setting and the motivation for Earth’s mightiest heroes and villains to compete for the ultimate power in the universe. Your job is to choose a side, pick a hero or villain, and build a mech consisting of an enclosed cockpit and at minimum two legs. The rest is up to you.

This year’s tournament format is little different than previous years’. Instead of four pools of pool play, there will only be two. All of the Super Hero mechs will be placed in a pool and the same for the Super Villain mechs. The top 16 from each pool will advance to bracket play. For bracket play, the board will be split down the middle and all of the Super Hero mechs will continue on to compete against each other on one side of the board; the same for the Super Villains on the other side of the board. This will determine which will be the best mech from each side to go up against each other in the finals, a battle of good vs. evil. You can only build for one side, so choose your hero or villain wisely.

Tournament is open today through 11:59pm Pacific Time Saturday November 3rd, 2012. That gives you two months to build. All of the details and more rules can be found right here. The prizes? We’re giving away LEGO Shop@Home gift cards in the amounts of $150, $100, and $50 for 1st, 2nd, and 3rd place prizes, respectively. But that’s not all. I am working on securing a few other prizes to be confirmed soon and, trust me, they are prizes worth fighting for. So stay tuned and get building!